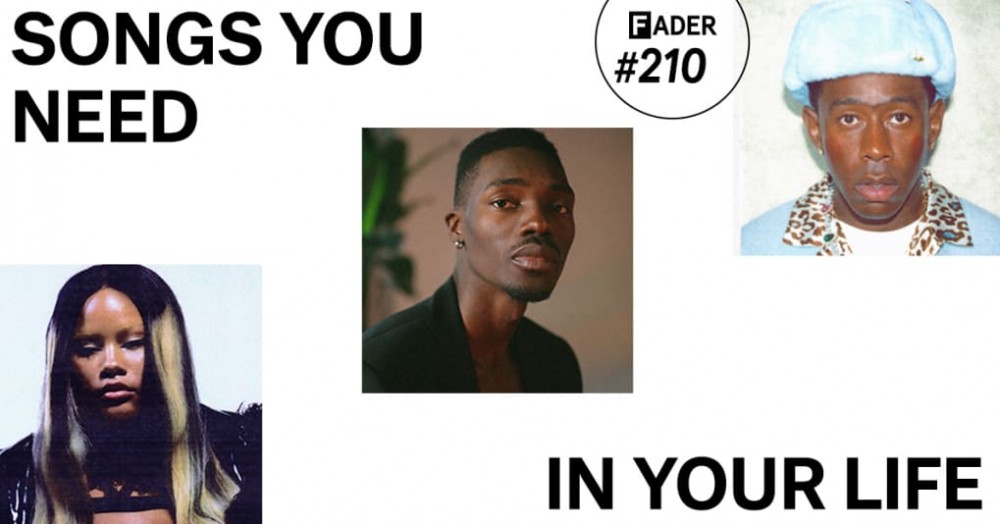 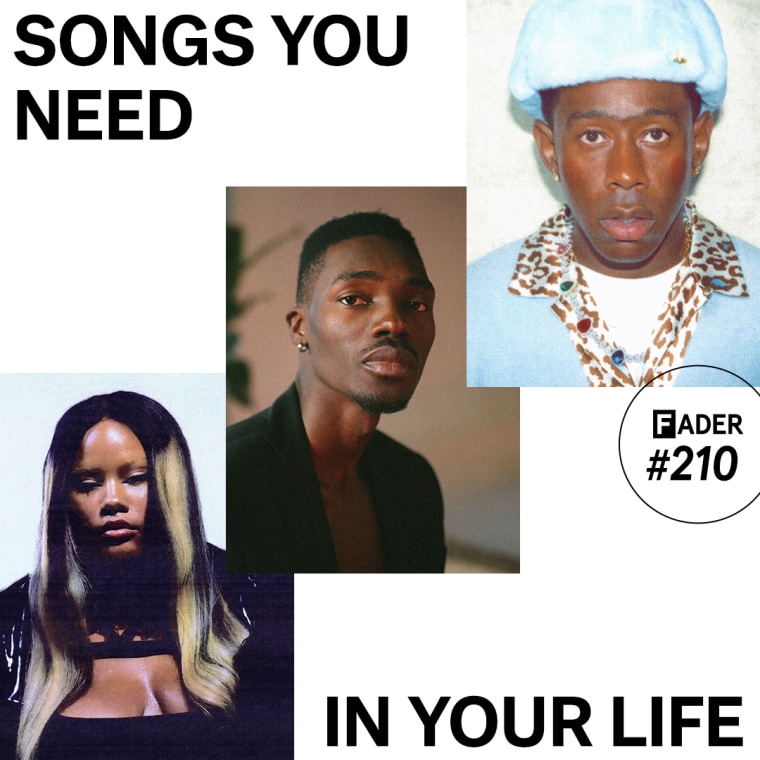 No other blockbuster rap album this year has used featured artists as rewardingly as Tyler’s new album Call Me If You Get Lost. From the project’s host DJ Drama down to the individual tracks, Tyler’s liberated curatorial instincts extend to his new sorta-mixtape. On “WUSYANAME,” Rap’s perennial hitting crooner Ty Dolla $ign handles backup vocals here next to a verse from YoungBoy Never Broke Again; the Baton Rouge rapper’s emotional depth, previously showcased in his own music but often overlooked, is inescapable here over the repurposed instrumental for H-Town’s classic ballad “Back Seat (Wit No Sheets).” Taken with Tyler’s verse, an alternately corny and charming affair, the song captures the butterflies of game-spitting. — JD

Between TOBi’s warm delivery and Baby Rose’s intriguing rasp over soulful production, the bouncy track is as vulnerable as it is sensual. In a statement about the track TOBi asks: “What does it mean to love someone as they are and not as a projection of who they portray to the world?”— SE

Listening to the debut single from U.K.-based newcomer John Glacier, you’re pulled into someone’s dream of what trip-hop could have been. Glacier’s flow is hypnogogic yet focused, a bit like Lolina if she had been raised on Lord Of The Mic DVDs. With a mutated beat from producer Vegyn filtered into oblivion, “If Anything” takes on the appearance of a chrome-plated sports car: it looks impenetrable at first, but inside is someone accelerating quickly into the future. — JD

It’s a well-documented fact that Wolf Alice know how to go big, but midway through their gorgeous new record Blue Weekend, they go impossibly bigger. You wouldn’t necessarily expect it, especially on a track that feels at first primed for a nineties prom slow dance, but as its titular sympathy electrifies, and Ellie Rowsell’s voice lifts off, “making it ok” begins to feel like an unstoppable inevitability. — SM

Over a thumping bassline, the Toronto singer-songwriter’s delivery is wistful and silky smooth. “Is it my fault if I / fall over you, dear,” she asks on the track. Appearing on her latest project soft thing, it just might be the perfect soundtrack for summer love.— SE

On the heels of his new EP Summer03, midwxst’s first offering since signing with Geffen Records straps the Indiana teen’s inherent dynamism (and obvious love for anime) into a track that feels as merciless as it does irresistible. Put this on the queue when the fireworks start up this weekend. — SM

“For As Long As I Can Remember”, the second single from Geoffrey O’Connor’s forthcoming duets album, is opulent, finely-textured pop music, a song as chic and gossamer as a silk slip. HTRK’s Jonnine was born to sing this kind of dazed, nostalgic lounge duet. — SD

Normally nobody rages as hard as Rico Nasty but new song “Magic” shows a more tranquil side to the Baltimore rapper. Over shuffling percussion and hand claps, she sounds positively cuddly as she sings about “Stamped passports, foreign dashboards” and the joy of sharing her life with someone else. Taken from forthcoming mixtape Rx, it remains to be seen whether “Magic” represents a whole new direction in Rico’s sound, or simply proof that love is an intoxicating drug. —DR

Fusing afrobeats with classic R&B, MIST takes a sample of Donell Jones 1999 hit “U Know What’s Up” and crashes it into the 21st century with a little help from Burna Boy. Both artists go toe-to-toe over the relentlessly energetic beat with Burna’s promise to “Beat the pum like a drum” painting a comically lustful image. —DR