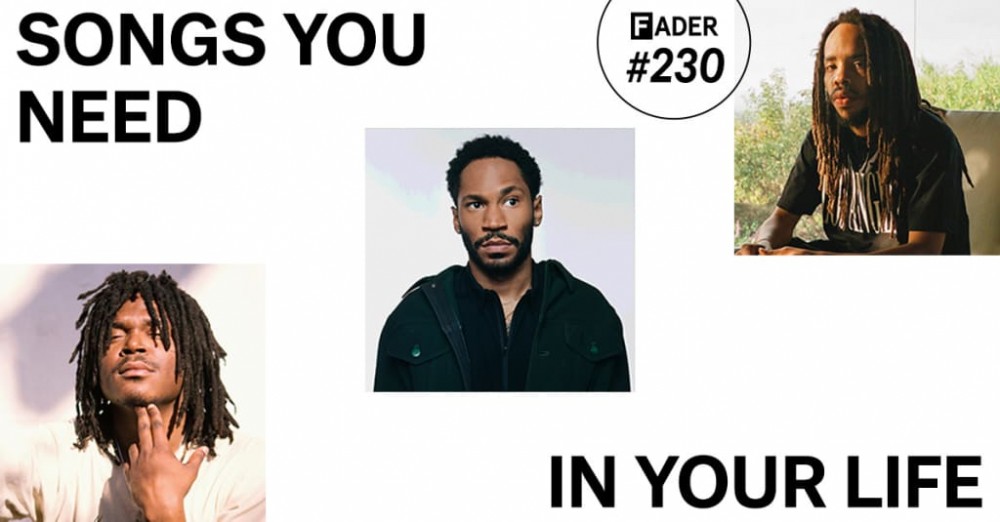 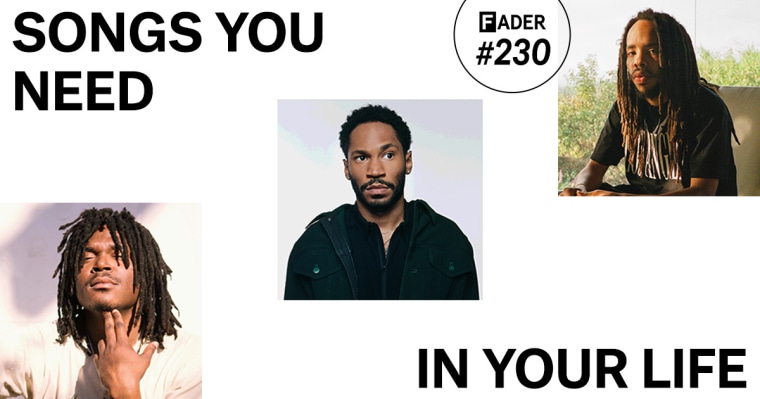 Mach-Hommy continues to show his versatility on a track that’s far removed from anything on his masterful May album, Pray for Haiti. In contrast to that album’s spare, throwback beats — from Conductor Williams, Camouflage Monk, and others — which served to center Mach’s lyricism, Kaytranada’s groovy production uses the rapper’s voice as another instrument in the mix. Percussive and slick, Mach slides from English to Haitian Creole and back, proving he’s perfectly comfortable making music people can dance to. – RH

Cate Le Bon has proven herself as an elite producer, working with Deerhunter, Devendra Banhart, John Grant, and many others through the years. On “Moderation,” as on the rest of her forthcoming February album, she takes nearly total control, playing every instrument other than drums and sax. Here, her roving bass line drives the music forward, clearing the way for her double-tracked, immaculately harmonized vocals to cruise along with angelic ease for the duration of the song. – RH

There are a lot of rappers who strive for the kind of reclined flow that Lucki has perfected. It’s one of the things that has made him a beloved figure in the underground – another is his keen ear for beats. F1lthy, a producer in the game-changing collective Working On Dying, places Lucki on an out-of-control carousel with a Lamborghini’s motor. It’s an appropriate pace for a song when Lucki draws a line in the sand between himself and the rap game, and offers a compelling refusal to play on its plane. “When you see the sky wave at it,” he giggles at the song’s end. “I’m up there somewhere.” – JD

Last year’s Rp’s and Plan B’s was an invitation to ride along with Tony Shhnow and 10kDunkin and live the same stoned, absurd life they do. On Rp’s and Plan B’s II, the Atlanta duo don’t deviate from their original formula too much. They flex over sugary PluggnB beats and R&B flips, sprinkle in a few prescription drug commercials and fake label meetings as skits, and let their imaginations run wild as they try to one-up each other. The wriggling synth and rattling drums of “Risk Sum” create a seductive deep groove reminiscent of a ‘90s Brian McKnight album cut. There isn’t a better fitting soundtrack to Tony Shhnow and 10kDunkin’s get-rich-quick schemes. — BC

Known for her growing discography stacked with songs exploring lost lovers and unsuccessful relationships, Los Angeles-based alternative pop singer Phem has released “Silly Putty” as her first actual love song. The upbeat track still carries an aura of toxicity as she declares: “I’m only silly putty in your hands right now / You could throw me out the window / You could burn me to the ground / You could fuck me up and I’m always down.” But what better way to represent the all-consuming haze of love. –LP

Vince Ash believes in the kind of love that lasts forever. “Lost,” the Indiana rapper’s latest song, is a tender vow of affection and faith. “So be it, now or later, or never at all / Holla my name, be it the same, I’m at ya beckoning call,” he raps over sparse snaps. His earnestness on this song is charming and heartwarming and reveals new dimensions of his personality. Jacksonville R&B singer Devin Tracy closes the song by echoing Ash’s promises with his rich, buttery vocals. “Lost” is the kind of song that makes you rush to text your loved ones how much they mean to you. — BC

Indonesian singer and songwriter NIKI’s new soothing, classic pop single “Split” was originally meant to appear on her 2020 album MOONCHILD, but the personal nature of its creation was worthy of a spotlight of its own. The song explores the push and pull of life in the form of addresses, relationships, and the singer’s own mind. It’s a battle that often stops anything from feeling quite as whole as it should, as NIKI verbalizes, singing: “Always part of me missing, but no one sees a differеnce / ’Cause I split them all.” –LP

Earl Sweatshirt songs don’t just drop, they arrive ready to be unfurled. On “2010,” his first new solo music since his Feet of Clay album, Earl looks both back and forward, remembering his mom’s clothes in 2003 and stating “We got us a fire to rekindle” as he gazes into the future. The optimism in his voice goes further, aided by a gorgeous beat from Black Noi$e, as he raps “Walked outside, it was still gorgeous.” A simple enough line but coming through crystal clear from a rapper who famously told us I Don’t Like Shit, I Don’t Go Outside, it feels like a new dawn. —DR

It’s a testament to the creative burst across the digital underground that 100 gecs caused with their early music that on first listen “mememe” sounds, well, pretty standard. It’s only when you zoom out a bit and appreciate that a song filled with ska rhythms, mosh-pit thrashing, and SNES-era sound effects is positioned somewhere close to the center of pop and how wild that is. If “mememe” going normcore, they deserve credit for bending the norm to their idiosyncratic wills. —DR

The filtered, distant siren that starts “Black Illuminati” is apt: this is a fusillade, not a song. The beat, as deep and luxurious as a late night swim near an anchored yacht, recalls Take Care, but as reflective as Gibbs is, those are where the similarities end. He recalls specifics about his years on the street and at the top of the rap game with a photographic quality, weaving them together into one remarkable tapestry. Jadakiss, an icon enjoying some long-overdue appreciation thanks to his iconic Verzuz appearance, switches the song’s narrative arc from Tony Montana to, well, unadulterated Kiss, a veteran of New York rap who’s still outside. – JD