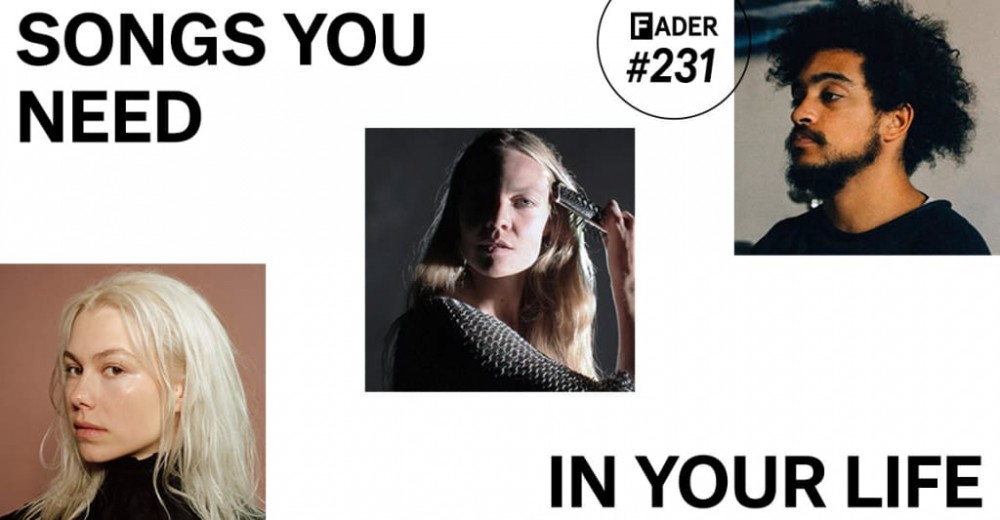 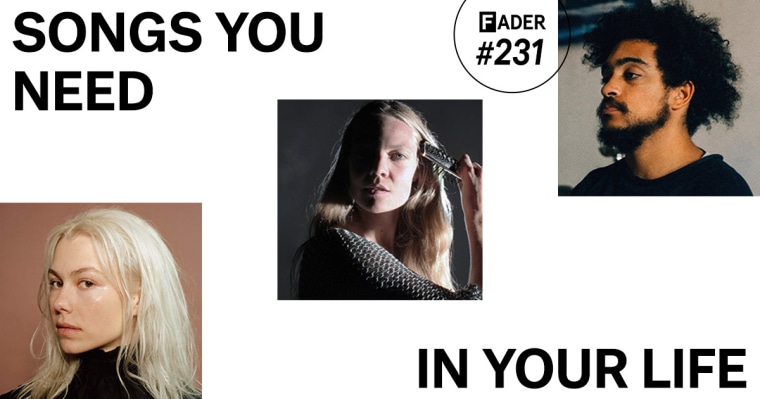 When Joony talks about his music in interviews, he’s a little hard on himself. He picks at flaws as if they were scab, never seeming satisfied with where he’s at. His third release of the year, Proud of U, is loosely threaded together by cloudy introspection that reflects those sentiments. The EP’s delicate closer, “All Talk,” is a celebration in comparison as he blissfully sings about making his people proud and the day ones that held him down. The Sparkheem-produced song is featherlight and shrouded in a saccharine haze, making Joony’s vocals feel as if they’re floating in midair. You couldn’t ask for a lovelier way to close out the year. — BC

The future isn’t catching up with Oli XL. It’s been two years since 2019’s Rogue Intruder, Soul Enhancer, his debut album, and while TikTok has embraced the sounds of old-school UK garage, the Stockholm artist’s mutations of the genre are in a class all of their own. “Go Oli Go!” represents a new, more confident flirtation with poppy textures (the interpolation of Beck’s “Loser” on “Clumsy” notwithstanding) and signals a bold new era for the talented producer. – JD

Imarhan’s grooves are more laid back than the guitar gymnastics most western listeners have come to associate with Tuareg music, courtesy of Tinariwen’s desert blues domination and, more recently, Mdou Moctar’s world-beating freakouts. The band formed in Algeria in 2006, nearly three decades after Tinariwen converged in Mali but years before Moctar’s tall shadow fell on his native Nigerien scene. They’ve dabbled in the more U.S.-friendly, electrified strain of North African rock, but on “Tamidtin,” their acoustic six-strings intertwine thoughtfully over plodding percussion. Guest singer​​ Mohamed Ag Itlale (Japonais) — a prolific Tuareg poet who passed away shortly after recording the track — murmurs sorrowfully, repeating each phrase multiple times for emphasis. “My girl, I beg of you, don’t despise me / The scorn will only lead to hatred,” he pleads in Tamahaq as the hypnotic beat pushes on beneath him. ”You’re a gazelle and I’m a wanderer / I beg you gazelle, don’t abandon your fawn.” — RH

A desolation hangs over the latest single from Wu-Lu, but the South London artist is nothing if not nuanced. The song operates on a cycle of tension-and-release: spoken word and early Public Image Limited-styled post-punk dub tighten things up and explosions of shoegaze-y distortion send the song into the stratosphere. It’s all in service of a mantra for escaping the ever-present storm clouds: “Make your pain into water / Drink it all down” – JD

Danish electronic pop artist ML Buch ended a three-year break in 2020 with Skinned, a remarkable collection of songs lit in the tragic glow of a cellphone’s endless scroll. There were moments on that project when Buch’s lyrics dipped into elegant, Dali-esque landscapes, and “Fleshless Hand” is another such song. “The sun starts a fire / Sun starts a fire across the sky,” she sings, backed by the gentle tap of congas and pristine, Princely guitar strums. “Eyelid skin coastline / Take on a copper shine.” Wherever ML Buch wants to take me in her songs, I’m there. – JD

“Drowning by Numbers” is the first single from Boris’ newly announced 27th album, W. The Japanese trio is as unpredictable as it is prolific. Their solo work has ranged from doom metal to drones, psych-rock to shoegaze — not to mention their many collaborations with fellow experimental legends such as Merzbow, Sunn O))), and Keiji Haino. The new track opens with swirling guitar effects from Wata that stay on as Atsuo’s sharp drums enter, followed closely by Takeshi’s urgent bass. Wata whispers the numbers one through five as the song moves into its main section, which finds her singing in Japanese over her own hushed chant. The numbers leave for a while, only to return more forcefully. After a slippery interlude, she moves to the upper half of the decimal system and her counting subsumes any further potential lyrics, earning the track its very literal name. — RH

Montell Fish doesn’t shy away from making Christianity a core theme of his work. “Destroy Myself Just For You” quotes passages from the Bible and catches Fish expressing his desire to make it to heaven. There’s a degree of earnestness that might not be to everyone’s taste but the song, as much a child of Frank Ocean’s Blonde as it is of God, has enough going on elsewhere that this can be overlooked. Raw in its emotion and filled with unpredictable moments (Fish’s use of falsetto, the distorted guitars at the end), “Destroy Myself Just For You” might not mark a revival in Christian music but there’s enough here for saints and sinners alike. — DR

Even when his sound is as big as it’s ever been, No Rome still manages to make his pop music feel as intimate as a pinkie swear. “Spinning,” his single released in March featuring The 1975 and Charli XCX, was a quiet heart-to-heart disguised as a dancefloor conquerer; it was an exciting shift, but as it turned out, a temporary one. Paired with his previous track “When She Comes Around,” No Rome’s newest song “i want u” signals an embrace of clutter over polish: serrated distortion over clattering breakbeats, ’90s pop melodies, and lyrics about lovesickness and insomnia. “i want u” may not be as instantly imposing as a song like “Spinning,” but over time, it reveals itself as a rarer kind of behemoth. – JD

U.K. group Crimewave mix digital noise and pop hooks together in spiky fashion on a song addressing the homelessness crisis across their home country. “Haemoglobin” takes shoegaze and electronic influences to create something that is epic in scope, mixing guitars and beats to pummel listeners into submission. At its heart this song is a call for empathy, to acknowledge the lives of those “begging bodies,” particularly as the cold nights come round ever earlier. It’s not an easy listen, but there’s a truth at the core of what Crimewave are doing that pushes their music beyond the ordinary and into something far harder to shake. — DR

Each year, Phoebe Bridgers releases a Christmas-themed song benefitting charity. Some have been standards – “Silent Night,” “Have Yourself A Merry Little Christmas – but others, like last year’s rendition of Merle Haggard’s “If We Make It Through December,” strike at the melancholy side of the winter season. “Day After Tomorrow” is a cover of a Tom Waits song, a protest of the Iraq War written in 2004 from the perspective of a deployed solider. A new gentleness in Bridgers’s version was perhaps inevitable when you compare her voice’s timbre with Waits’s, and the surrounding instrumentation has the texture of freshly fallen snow. Though if anything, these new compositional elements highlight the trauma, doubt, and loneliness in the lyrics. Tis the season for existential pleading. – JD