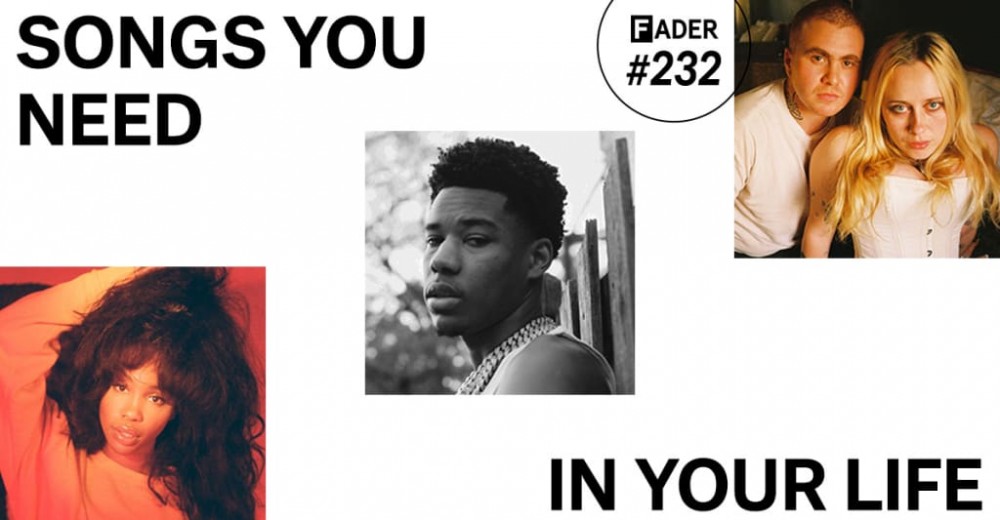 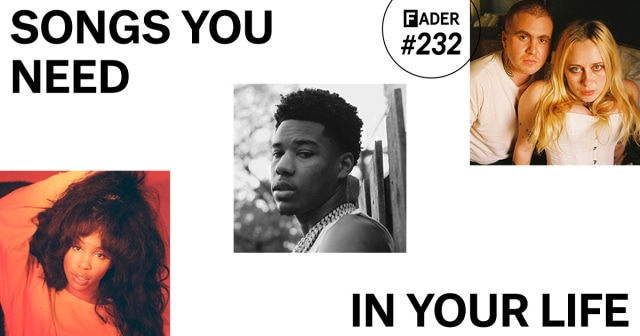 Real SZA heads have been bumping “I Hate U” since the summer, where it has lived on SoundCloud, but now it’s out on other streaming services, let’s take a minute to praise it. Like all good SZA songs it comes directly from the scene of emotional turmoil, this time as she finds herself being repeatedly pulled toward someone she knows is no good for her. Opening up over a sparse, demo-like, beat SZA layers her feelings of confusion, lust, and frustration with a simple but effective hook. The result, like the situation she describes, is intoxicating and addictive. Here’s hoping the new year brings more new music from SZA, it’s been four years since CTRL and the people need feeding. – DR

Hyperpop artists usually create music with a noticeable pop-punk influence, but underscores can place it front and center better than most. Lauded for his 2021 release fishmonger, underscores returned with a companion project last week called boneyard aka fishmonger. There were moments of saccharine 3OH!3 crunk-pop (“Girls and boys”), downtempo R&B glitch (“Heck”), and just straight-up dubstep (“Gunk”), but underscores never sounds more invigorated than on “Tongue in cheek.” The influence of Jimmy Eat World is there as well as, inevitably, blink 182, whose drummer Travis Barker plays on the song. But the song gets its heft from the sincerity of underscores’ fan club-quality lyrics, addressing an idol who may never hear his words, as well as its compositional flair: the burst of crystal palace synths on the intro and the relentless barrage of guitars that begin in the song’s middle make “Tongue in cheek” a one-of-kind-mosh pit. – JD

There’s a swooning and romantic quality to Girlpool’s “Faultline,” the duo’s first new release since 2020 single “Like I’m Winning It.” Despite the heavenly vibe suggested by the track’s soft drums and majestic strings, there’s a darkness bubbling under with Harmony Tividad singing “My body’s just a landscape for your sin.” Lyrically, “Faultline” focuses on the morbid (knives, graveyards, and ghosts) and the pure (paradise, an unconditional form of love), highlighting the pitfalls of imagining life can ever be truly idyllic. – DR

Mach-Hommy and Nicolas Craven have a special rapper-producer relationship. Mach’s bars can be brutal at times, but Craven has the ability to bring out his lighter side, like DJ Premier used to do for Guru. On “Separation of the Sheep and the Goats” — one of four tracks produced by Craven on Mach’s newly released surprise album, Balens Cho — Mach jukes and stutter-steps Craven’s carefree beat, which playfully samples what sounds like a barbershop quartet. “No matter which party jacket give it context / Shit is weak, making they critiques form an armrest,” Mach raps, refusing to pledge allegiance to any ideology in the absence of action. – RH

On last year’s No Love Lost, Blxst introduced himself by unraveling the messy story of a relationship in decline. “About You,” his first solo release after a year of collaborations which included the summer-soundtracking Sixtape 2 with tag partner Bino Rideaux, revisits the emotional well that nourished his debut. Over a bed of muted flutes and gentle percussion, he asks his girl if she’s ready to take their relationship to the next level, promising that he knows how to express himself, though not always in the clearest ways. “If this ain’t the way to love then show me how to,” Blxst sweetly sings. The simplicity and candidness of his songwriting shine in moments like that, making each line feel as if it were plucked from a late-night text conversation. – BC

“Stable Life” is the latest release from buzzing pop singer and songwriter Dhruv. Helmed by producer Sam Ricci (SZA, Kendrick Lamar), the breezy single taps into the anxiety of the social media age where not only is the world constantly on the go, but everyone is subjected to constant updates on the journey of others – unable to help but to compare to their own. “No matter how hard I try, I never picture it like how you see your stable life,” Dhruv confesses sincerely, tunnel-visioned in his current view of life. – LP

Since kicking down the door with her Yungstar-sampling “Beating Down Yo Block,” Monaleo’s set out to prove that she can smash any beat you throw at her. She spit venom at all the girls she had no respect for on the frenzied, Detroit-inspired “Suck It Up,” and penned a searing break-up letter in “Girls Outside,” a remix of OG Bobby Billions and MO3’s hit. Her newest challenge is the buoyant electro groove of the raunchy “We Not Humping,” where she makes it clear that she what she wants from sex. It’s hard not to laugh when Monaleo sprinkles the word “britches” at the end of a bar, but who says that shit-talking shouldn’t be a little funny? – BC

Few could have predicted a collaboration between Yung Lean and English experimental cellist Oliver Coates back in the “Ginseng Strip” days, but the older, more mature Jonatan Leandoer is getting more adventurous by the year, and both he and Coates have worked with Mica Levi recently. That’s probably how they ended up together on Music, the first release from the newly formed, mysterious Tulsa label of the same name. The album is a compilation featuring two Levi tracks — one with London pianist Eliza McCarthy and another with singer Joanne Robertson, best known for her collaborations with Dean Blunt — but “Black Moon,” Coates and Leandoer’s ominous two-minute track, is its most pummeling piece. Lean screams, coughs, and mumbles something about blood in Swedish as Coates’ cello, effected and amplified to sound like Stephen O’Malley’s guitar, thunders beneath him. – RH

No matter where you were on the internet this year, it was impossible to avoid the thumping, paranoia-inducing drums that turned Nardo Wick’s “Who Want Smoke” into a viral hit. Instead of trying to recreate that moment, the Jacksonville rapper’s debut album Who is Nardo Wick? goes wide, each track trying to create its own gothic fog that his deadpan can creep out of. “Why” is meant to confuse your ears—the constant low buzz of static, oscillating synths that drop in and out as they please, and droning hook swirl together in an ominous, raging storm. “Got me and all my niggas out the street, but we still street / Me and every nigga ‘round me full, but we still eat,” he says with a devilish smirk. Nardo Wick doesn’t have to say much to make your neck hairs stand up. – BC

On his latest single “Friends,” Nashville R&B singer Bren Joy takes a look at the facts of a relationship that can’t seem to work itself out. The budding musician recruits fellow genre staple Kiana Lede to play a never ending game of back and forth. “If I hurt you more than any other, then how could we be right for each other?” they question, before settling on the reality of the situation: “If we’re tied by the time it’s overtime, I guess none of us wins.” – LP