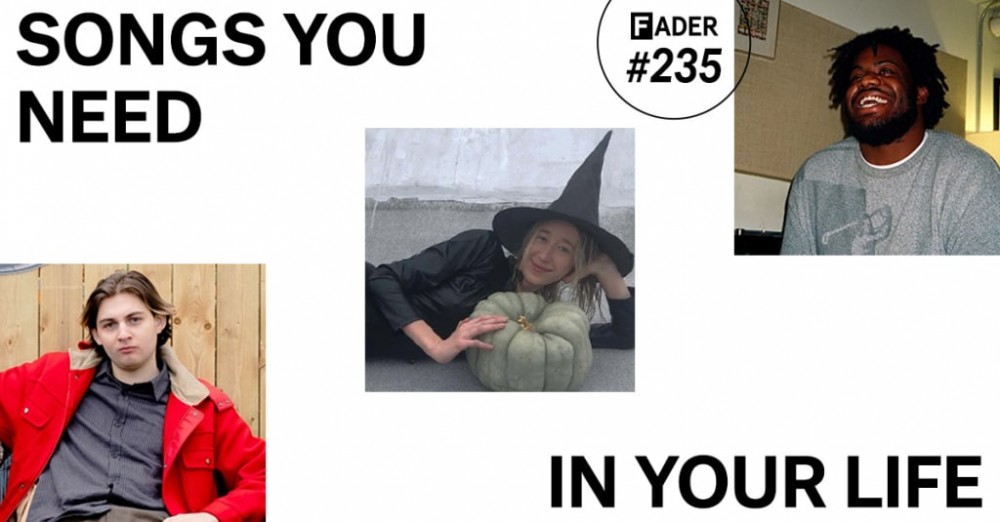 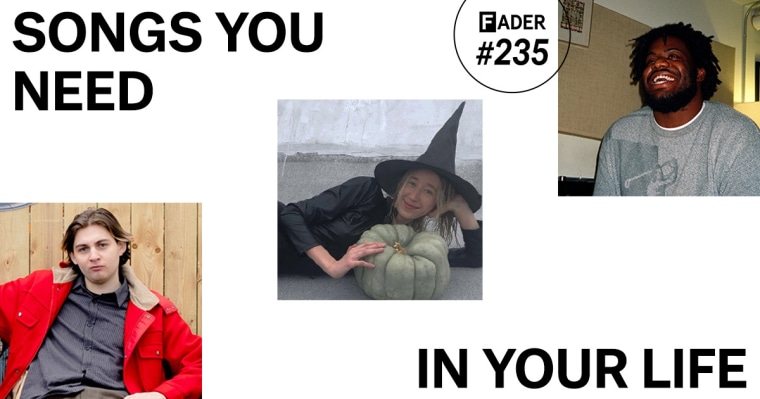 “Is there such a thing as real or fake?” On her enchanting new song, zannie doesn’t seek an answer so much as actively blur the lines between reality and our imagination. This is accomplished directly through her lyrics, deeply vigorous poetry with the thrust of a remixed Greek epic. But it’s in the music – its translucent guitar melodies, sunrise synthesizers, and zannie’s own classic folk songwriter cadence – that “mechanical bull” becomes something almost too lovely to come from our wretched planet. – JD

Claire Rousay and Mari Maurice (More Eaze) reached collaborative nirvana in July with an afternoon whine, a cryptic collection of sound art with a summery shimmer. On New Year’s Day, they announced Never Stop Texting Me, out February 11 on Orange Milk, and emphasized that the forthcoming release will be a pop record: “Melodies and chorus in every track about crushes, collaborating with friends, and the mundane of everyday life,” the album’s Bandcamp bio promises. With the announcement, the duo shared the album’s first two tracks, “same” and “hands.” “same” opens the album with a gorgeous wash of heavily affected voices and instruments, underscored by a field recording of what sounds like heavy rain. The melee dissolves into three arpeggios of staccato bleeps before Maurice’s sweetly affected voice enters, followed by an acoustic guitar, followed by a heavily Auto-Tuned vocal harmony from Rousay and, finally, a return to the warbling, controlled chaos that started the song, preparing us for a “pop record” unlike any other. – RH

“In My World” picks up where MIKE’s June 2021 album, Disco, left off. Self-produced under the rapper’s dj black blackpower alias, the track sets MIKE’s off-kilter flow against a catchy R&B loop featuring twinkling synth keys, a robust string section, and a pitch-shifted vocalist singing the track’s title. As on many of his best songs, he picks a single phrase and rhymes with it for the entire track, somehow managing to switch up his word choice on every new bar — with an assist from the track’s characteristically brief (82-second) run time. “I know you gave me your heart / How did I mess that?” he begins, proceeding to paint an impressionistic image of a failed relationship. Till the end, he never strays from the scheme, ending every odd line with a word that rhymes with “heart” and all the evens with phrases that correspond with “mess that,” employing creative slant rhymes along the way to keep things interesting. – RH

When Valee drops music nowadays, it feels like he’s popping in to show off a new flow he thought up while shopping for a new pair of designer denim rather than trying to chase a hit. And to be honest, it’s probably better this way. Last year, he rapped over dreamy waltzes, technicolor disco basslines, lush funk-inspired grooves, and just before the year rolled over, a mixtape with longtime collaborator ChaseTheMoney. On “99 Cent,” he’s buying Birkins for a girl who could care less for them and returning rental cars with “strong ass scents,” utilizing a mechanically precise staccato that even an AI-powered typewriter couldn’t manage. Lil Stl tries to one-up Valee with his own lethargic flexes, hiding money in kitchen cabinets and mattresses. Even their threats and disses are disarming and cartoonishly humorous: “You be doing all that cap, is your brim back?” Valee raps. It’s funny until you realize they’re talking to you. —BC

Last time we heard from Boston hardcore crew Vein.fm was back in 2020 when they announced their new, radio-like, name after facing legal action over the original. The band is set to return this year, with new album This World Is Going To Ruin You scheduled for a March 4 release. “The Killing Womb” is the lead single, a relentless pummeler composed entirely of sharp edges and serrated surfaces. There’s an energy and a swing to the rhythm section held over from 2018 breakout Errorzone but, four years on from that debut, Vein.fm sound like they are doubling down and only getting nastier. Bring on the album. —DR

When I listen to Seafood Sam, I hear the rugged wisdom of my older cousins and uncles. On “4th & Cherry,” the Long Beach rapper sounds like he’s trying to have a conversation while messing with the volume of his car’s radio. His husky voice and buttery flow, full of pregnant pauses and slant rhymes, melt into the slinky keys and thick bass, creating a relaxing, nostalgic aroma. Hidden in his bars is the kind of game you can only get from a long-time player, but Seafood Sam doesn’t have time to break it down for everyone. “The proofs in the puddin yo ingredients off,” he sneers. “You need to get lost.”. —BC

Let’s Eat Grandma, experimental pop duo Rosa Walton and Jenny Hollingworth, have been BFFs since childhood and “Happy New Year” celebrates their unbreakable bond in euphoric fashion. The energy is ramped up to festival headliner levels as the pair sing about how “there’s no one else who gets me quite like you” and “look at what I made with you.” It’s the sound of deep bonds pulling us through tough experiences and emerging through the other side if not stronger then more appreciative for the experience. Treasuring those closest to you, whoever they may be, feels like a great thing to remind ourselves of going into the new year. —DR

Priscilla Renea built her name in the music industry as a songwriter who worked with the likes of Rihanna, Mariah Carey, and more. She entered a new stage of her career in 2020, stepping out on her own and adopting the stage name Muni Long to share her lucid, lived-in perspective on modern love. While “Hrs and Hrs” was the song from Public Displays of Affection to blow up, it’s far from the only song off the EP worth hearing. There’s no figurative magic or extended metaphors being set up on “No Signal”—she’s being completely honest about losing signal and being misheard in the middle of a tense conversation. “What you mean we’re breaking up? No, I never said we’re breaking up / I love you, and I miss you, I ain’t have no signal” she sings. Muni Long’s playful writing remains enchanting even when it’s entirely on the nose. —BC

The woozy psychedelia of indie singer-songwriter Ethan P. Flynn finds a fitting compatriot in Vegyn, producer on Frank Ocean’s masterpieces Endless and Blonde. Every part of their collaborative “Superstition” is shot through with emotional torpor: “Nearing the end of my mission,” Flynn sings, sonorous and creaky. “You always find a little way / To confirm my suspicions / And evoke my superstitions.” The song is stripped down celestial folk with stars in its eyes and an anchor around its heart, a dichotomy that keeps it swirling around your head after the coda’s last synth has died out. – JD

With Ultra Cycle, Pt. 4: Hibernal Death, Prolaps completed a year-long project based on seasonal change: The spring equinox brought on Pt. 1: Vernal Birth; the summer solstice set the stage for Pt. 2: Estival Growth, and the changing of the leaves in late September prompted Pt. 3: Autumnal Age. The cycle’s final chapter sounds like the opposite of what its title suggests: It’s 10-minute opener, “Inhalation of God,” is a rallying cry to fight the very human urge to seek complacency of sleep, preparing us for a nightmarish, two-hour maelstrom of thrashing guitar, battering drums, and the characteristic deranged vocals that earn the ever-expanding Prolaps/Machine Girl/Kill Altars crew the right to their “mutant” moniker. Those who listen to this record in full will never be tempted to hibernate again, for fear of what monsters may visit their dreams. – RH