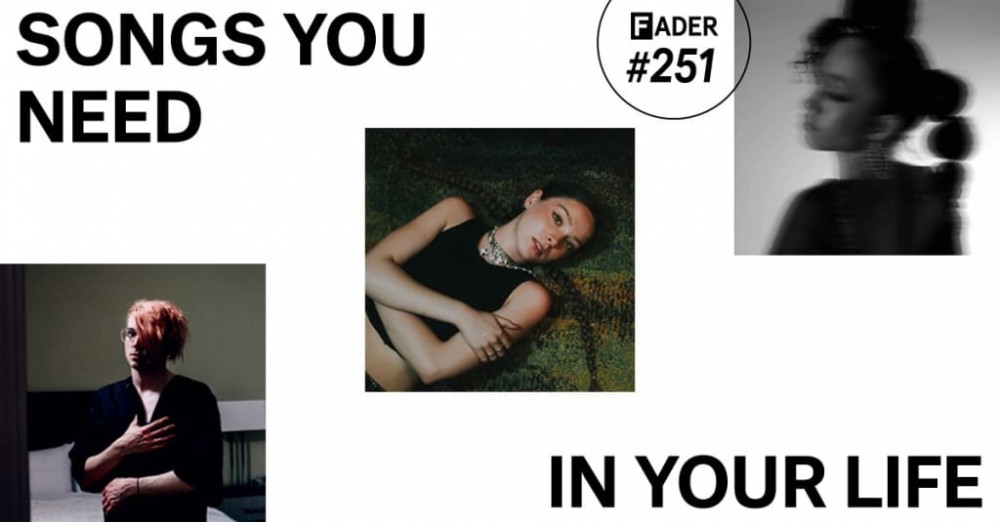 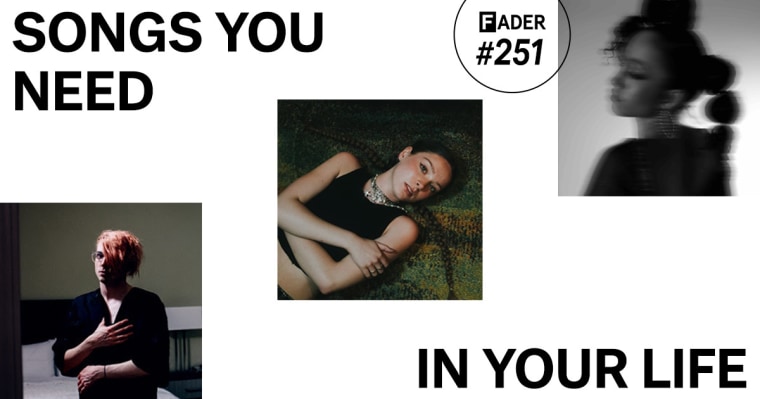 On her latest single “Sleep Tight,” British singer and songwriter Holly Humberstone takes a risk that pays off. While a possible ruined friendship is at risk, she lays all her cards on the table and lets her emotions spill over. “And, oh my god, I’ve done it again / I almost killed our friendship, and I sure hope it’s worth it / And I got all this stuff boiling up / ‘Cause I got drunk and said too much,” she sings. Fast forward to the chorus and she’s in the backseat of a car, heart racing amid a whirl of strewn clothes. She revels in the fleeting response to an uncertain chance and takes in the tender moment, singing: “God knows I’ve missed this feeling.” — LP

Sam Ray has returned to Teen Suicide after changing the experimental project’s name to American Pleasure Club in 2017, a return made even more poignant by Ray’s brush with death last year. “coyote (2015-2022)” is nothing if not evocative, and its colors bleed into each other like ink through a thin page, combining phrases into a new and beautiful language. A Prarie rock guitar line, evoking the end credits of a heartbreaking western, meets razor-sharp steel acoustic noodling and a marsh of samples reminiscent of The Books. In the final minute, the song suddenly transforms into a stripped-down ballad, a reverse evolution from a stunning butterfly into a chrysalis teeming with life. — JD

Last September, Florida singer Jenevieve shared her debut album Division, a 12-track journey through multiple eras of R&B and pop’s past. She’s added four new tracks to the album with a deluxe edition, including a remix of the hip-hop soul-indebted “Medallion” with none other than Ghostface Killah. It’s the type of collaboration you’d never see coming, but makes enough sense that you don’t second guess their vision. Ghostface is far from a stranger to hip-hop soul duets, anyway; his sharp verses add a bit of rugged toughness to Jenevieve’s sweet protective oath. “Don’t get it twisted, I’m waiting lead and that holo nigga / All white robe like I shampooed a poodle nigga,” he raps. Only Ghostface would show up to a fight in a bathrobe. —BC

The world will need to wait till May 19 to hear the full expanse of Mary Lattimore and Paul Sukeena’s first joint album, West Kenzington. But “Didn’t See The Comet,” the second of the record’s six tracks to be pre-released, is somewhat emblematic of the project as a whole. Cosmic in spirit but worldly in its conceptual concerns, the song’s title refers to the moment a shooting star passes but you’re too busy looking down to catch it. “Like the comets we see every so often, it’s the streak of some long-ago awe that we try to comprehend. So much space, so much reach and so far; so much weight hanging in the dark sky,” Sukeena’s wife Nicky Devine writes in the album’s bio. “And the reasons we missed the comet — and why — become the moments we remember most.” — RH

The female-led experimental R&B renaissance, spearheaded by artists like Solange, L’Rain, Liv.e, and keiyaA, has a fresh dose of momentum in V.C.R. From her beginnings in Memphis, V.C.R cultivated a rare breadth, surrounding herself with gospel traditions and studying the violin. “Everyday (sunshine),” the penultimate track on V.C.R’s debut album The Chronicles of a Caterpillar: The Egg, thrums with life and grief through a convergence of gentle guitar melodies, soaring strings, and V.C.R’s balm of a voice. — JD

An early stand-out from Future’s latest album I Never Liked You is “Wait For U,” a soulful and introspective moment powered by a sample of afrobeats star Tems’ hypnotic 2020 track “Higher.” Drake, for his part, brings the toxicity as he reflects on a failed relationship and pinpoints the ways in which that simply wasn’t his fault and how she’d be better off with him. Future, however, sidesteps the drama for once and reckons with both his drug use and the apocalypse as depicts scenarios when the truth comes out. Get ready to hear “Wait For U” a lot this summer. —DR

Pooh Shiesty released the deluxe version of his 2021 breakout tape Sheisty Season just eight days after a judge sentenced him to five years in prison for a conspiracy charge he’d plead guilty to in January. Still, the new record — now nearly 50 percent longer than its original iteration — plays like a victory lap. Its nine new tracks are packed with features from elite rappers, from established Atlanta acts such as Gucci Mane, Gunna, and Lil Uzi Vert to fast-rising underclassmen like Louisville’s EST Gee, as well as Shiesty’s fellow Tennessians Big Scarr, BIG30, and Baby K. But Detroit rapper 42 Dugg, who’s got more hype around him than the rest of these up-and-comers but has not yet reached the top of the mountain, steals the show with his opening verse in “Squeeze On Me.” Helped along by a chaotic Wheezy beat that foregrounds a stadium guitar and an aggressive hi-hat, Dugg raps under the influence of a twangy Auto-Tune that recalls mid-aughts Atlanta acts like Gorilla Zoe, clearing the way for Shiesty’s characteristically cold-blooded — but somehow light-hearted — bars in the track’s second half. — RH

I’m not sure who introduced YungManny to pluggnb. Maybe he heard a few songs from fellow DMV rappers Joony or Ka$hdami and realized he could do the same with his lovesick croons, but regardless of how he got here, it seems like this is his latest obsession. Two weeks ago, he dropped the saccharine and flex-heavy “holland all alone!” and now he’s back with another song: “Quagen Tris & Chardonnay.” (I guess he wasn’t feeling the Marvin Gaye too much). It’s a playful song, and even though his vocals are buried beneath the 808s in the mix, you can still get the gist of what he thinks a perfect date looks like: “‘Za and mushrooms by the lake, she ride me while Vandross is playin’.” —BC

Lolo Zouaï has been supporting Dua Lipa on tour but her new song “Give Me A Kiss” is less bothered with arenas full of people than it is being locked away with just one. The minimal production sets a seductive tone as Zouaï ‘s distorted vocals relay plans to “Lock up the bedroom. Gonna be here ’til Sunday.” The line between lust and caution becomes blurred, later on, however, with reference to “falling apart” and being out of control. Does Zouaïknow what she’s getting herself into or is this an act now, think later situation? That sense of peril elevates “Give Me A Kiss” beyond bedroom playlist fodder and into a more psychological realm. —DR

On “Skyline,” the dreamy pop lead single from his forthcoming third studio album Everything Is Changing, Khalid makes even the most boring day of the week sound romantic, asking: “It’s a Wednesday night and we’re running out of time / Won’t you take my hand, hop into my skyline?” The picture he paints lyrically over production from Chrome Sparks is one of a glimmering city where time stretches to the demands of the youthful lovers within it. The singer enters a dream-like state, comparing the euphoria of driving through the streets hand in hand with the passenger side occupant to the intensity of being on LSD. No time to waste, Khalid keeps his eyes forward: “Leave it all in our rearview as we pass the finish line.” — LP