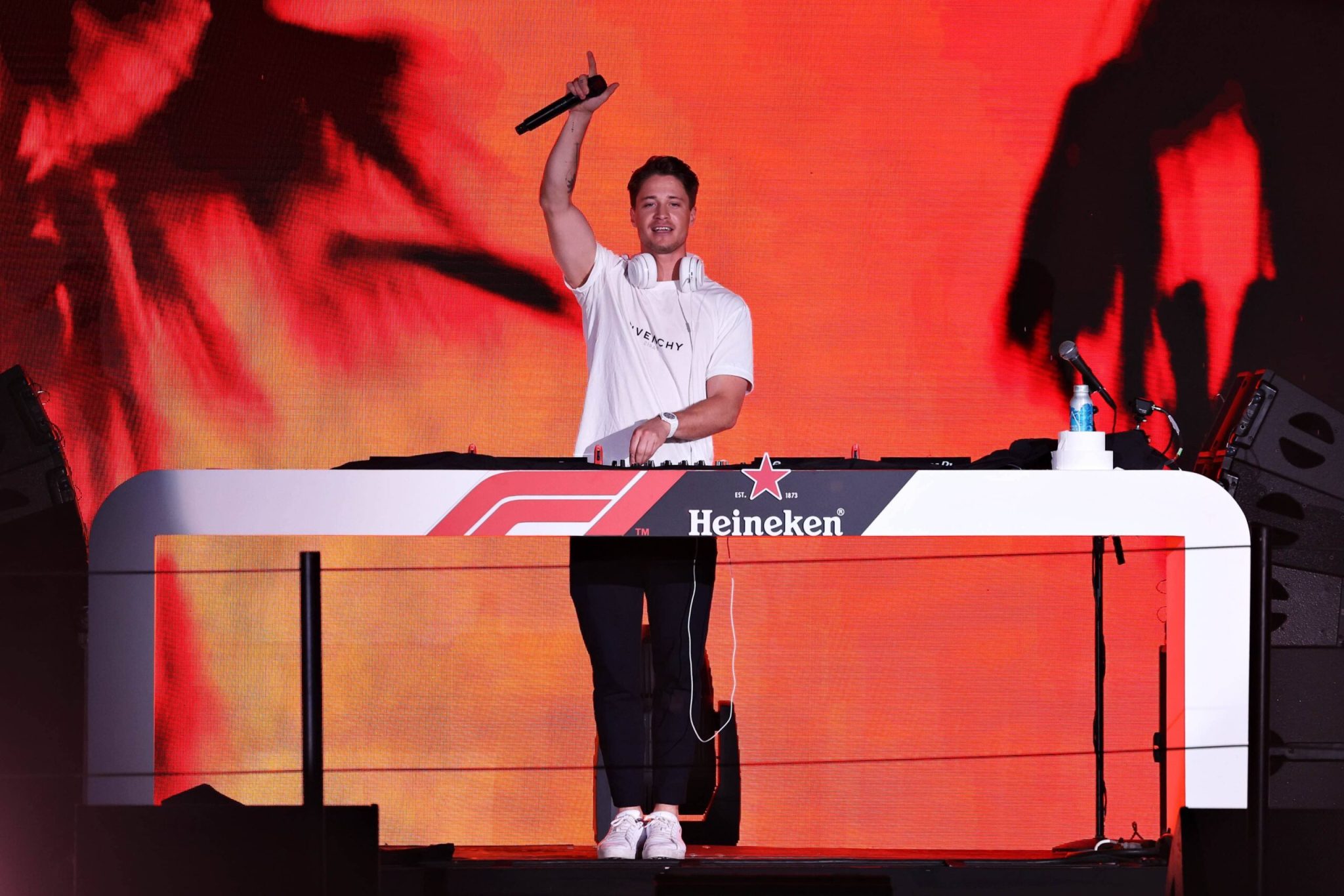 Kygo, Martin Garrix, Teisto, Zedd, The Chainsmokers and many more DJs made their appearance at the Miami F1. Hosted by Heineken and Crypto.com, the Formula 1 Grand Prix opens up in style with a opening party headlined by Kygo himself. People from all over the world flew into Florida to watch the race and popular artists perform. The opening party, hosted by Heineken made for a great start to the ultimate weekend.

The Hard Rock Stadium podium at the newly-built Miami International Autodrome made for the perfect setup for this event. DJ’s and Grand Prix races joined together in front of millions. The show streamed all around the world for viewers who were unable to attend to see. Kygo, who headlined the performance turned heads with his top charting songs, ‘Higher Love‘ and ‘Hotstuff‘. Friday, before the event Kygo released his new song ‘Freeze‘. A stellar new track by the infamous DJ himself. All together, the performers and racers crushed the opening act.

“The Opening Party with Musical Performances presented by Heineken® was an unforgettable way to introduce the stars of Formula 1® to the fans and celebrate the start of our first-ever race in Miami with a brilliant performance by Kygo and special guests,”

“The live music show was a fantastic event which was enjoyed by families, race fans and F1 teams at the racetrack in addition to a global audience who watched the live broadcast. It was wonderful for us to be able to showcase Miami Gardens to the world as our race week finally got underway.”

Luckily, the live broadcast is fully on YouTube. In the comment section you can see a time breakdown of the shows. The headliner, Kygo is at the 30 minute mark. I personally couldn’t resist to skip ahead and see the tropical house prodigy in action.

Continuing on through the weekend, Formula1 didn’t hold back on the live music. DJ’s, Grammy nominated artist, and IHeartRadio stars took to the Hard Rock Beach Club stage everyday. Friday to Sunday consisted of multiple artist. Saturday, Post Malone and Zedd, two power house artist in the music scene closed out the races. Sunday, the final day went out with a boom with EDM superstar Tiesto, the duo The Chainsmokers, and for the post race, Maluma. So, If you didn’t click on the YouTube live stream before, maybe you have more of reason now.

Between Miami’s love of music and its sunny Florida beaches the Miami F1 is a huge success. If you didn’t attend this time around. Based off it’s reviews, you should try to make it out next year for the one of a kind experience. It’s almost like Miami’s 2nd music week of the year!