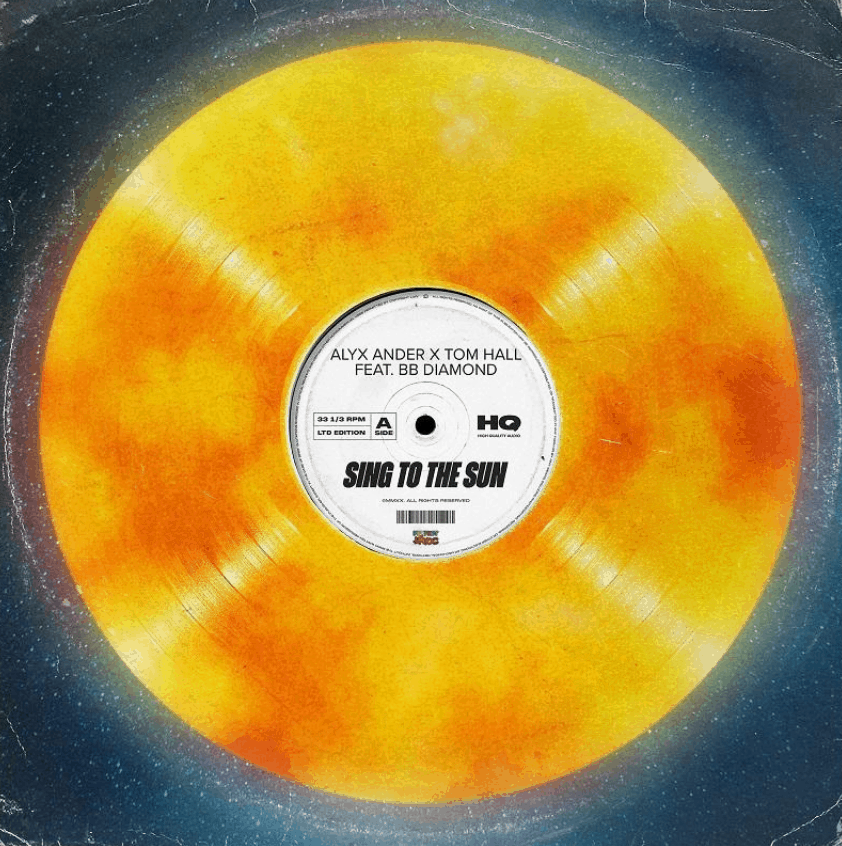 London’s chart-topping label Perfect Havoc is thrilled to welcome back US producer Alyx Ander as he teams up with Perfect Havoc’s signee Tom Hall for their debut collaborative single, ‘Sing To The Sun’. Featuring singer/writer BB Diamond, who had big success with Shift K3Y on ‘Gone Missing’, the trio deliver a feel good anthem with hooky melody and enticing vocal that is screaming out to be played in festival fields this summer.

Alyx Ander is a widely recognized talent, with king of dance Pete Tong himself premiering his debut track ‘Close Enough’ in 2015 which marked the breakthrough of this talented producer. Originally from Queens, New York and now Florida-based, Alyx is a classically trained musician and graduate of Manhattan’s prestigious ‘Fame’ school (LaGuardia). Since then, he’s released on such labels as Nettwerk, Armada Deep, Big Beat and Perfect Havoc, and has enjoyed support from the likes of , Sam Feldt, and many more along the way.

While other producers sat back during the 2020 pandemic, Alyx Ander got busy launching his own weekly radio show on Sirius XM Chill called ‘Day Life’ and penning a track alongside Grammy Award-winner Mýa for Spinnin’ titled ‘Without You’. With a bag of new tunes set for release in 2021 as well as launching a ‘Day Life’ live event series at 1 Hotels where he heads up the role as Global Entertainment Director, Alyx Ander is bouncing out of lockdown with an abundance of ideas.

One of those projects sees him team up with UK producer Tom Hall for this new release ‘Sing To The Sun’. Hailing from Shropshire in central England, Tom Hall is a DJ and producer on the rise. His rising star status is underlined in being signed to Perfect Havoc Management off the back of widespread support across BBC Radio 1’s daytime shows on singles including ‘Go Down Fighting’, ‘With You’ and ‘Collide’. Following an iTunes Dance chart No.6 and a main chart position at No.28, Tom was snapped up by Hardwell to release ‘Casual’ on his Gemstone imprint, now with over 3 million global streams and counting. Also in-demand as a remixer, Tom has reworked for the likes of house legend Todd Terry, Joel Corry, PS1, Tobtok and more.

Featuring with Tom Hall and Alyx Ander on ‘Sing To The Sun’ is London singer / songwriter, BB Diamond. She first emerged in 2015 touring extensively as a backing vocalist for Jess Glynne and Katy B. Then shortly after releasing her debut solo single and signing to Turn First (which at the time also represented pop stars Zayn, Rita Ora and Iggy Azalea), she reached BBC Radio 1’s A-list featuring on Shift K3Y’s track ‘Gone Missing’.

‘Sing To The Sun’ is another solid release from Perfect Havoc. Its roster also includes the double platinum selling Swedish producer Tobtok, Mahalo, Karen Harding, Kokiri, Simon Field and Parx. The label and management agency has a fast-rising status underlined by five UK Top 10s and platinum certified records, including Joel Corry & MNEK ‘Head & Heart’ (No.1), Joel Corry x RAYE x ‘Bed’ (No.4) and a top 20 hit with PS1 ft Alex Hosking ‘Fake Friends’ (No.19). With an acute ear for both underground and mainstream hits, Perfect Havoc has licensed cool house cuts to Toolroom Records and Kitsune, and to majors including Atlantic and Columbia. The future is very bright for this forward-thinking label.