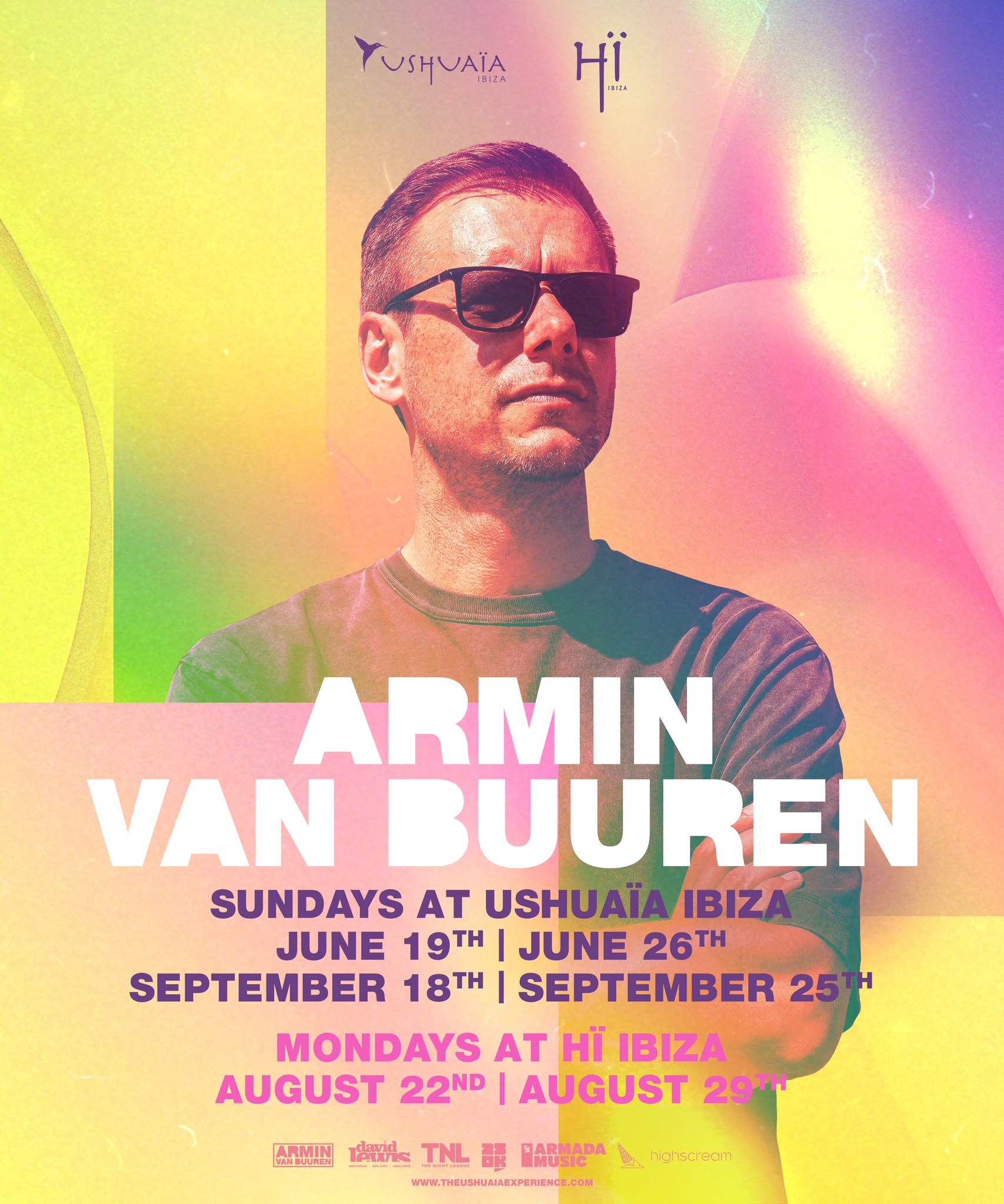 The legend Armin van Buuren has revealed his residencies at what are arguably Ibiza‘s hottest clubs – Ushuaïa Ibiza and Hï Ibiza. The A State of Trance host will play four Sunday nights at the outdoor club Ushuaïa and two Monday nights at storied nightclub Hï Ibiza.

“IBIZA! I am beyond excited to announce my return to the Island this summer at Ushuaïa Ibiza and Hï Ibiza with 6 shows!” Armin wrote on Facebook on Thursday. “Hope to see you there.”

Armin is no newcomer to the iconic venues in Spain’s island dance music mecca. He wowed fans around the world with a in summer 2018. “I love these extended sets,” he said on an ASOT episode at the time. “They give me a chance to dive deeper, find music that I wouldn’t normally play.”

His history in Ibiza runs so deep that a few years ago, Armin released the compilation. The 88-track album showcases his own tracks as well those of trance fan favorites including Cosmic Gate, Fatum and Purple Haze.

Armin has had a firecracker start to festival season, dropping 10 IDs during his Ultra Music Festival main stage set. He also played a b2b with Reinier Zonneveld and closed out the ASOT stage in Miami. And last month, Armin brought the biggest A State of Trance show yet to North America, ASOT 1000 Los Angeles. He always has surprises up his sleeve, so his Ibiza shows are sure to impress.

Below are the dates for Armin’s Ibiza shows:

Tickets can be purchased here.