Backstage on the Girlfriend tour, The Driver Era reflect on their evolution as musicians
Written by BerangariaFranzen 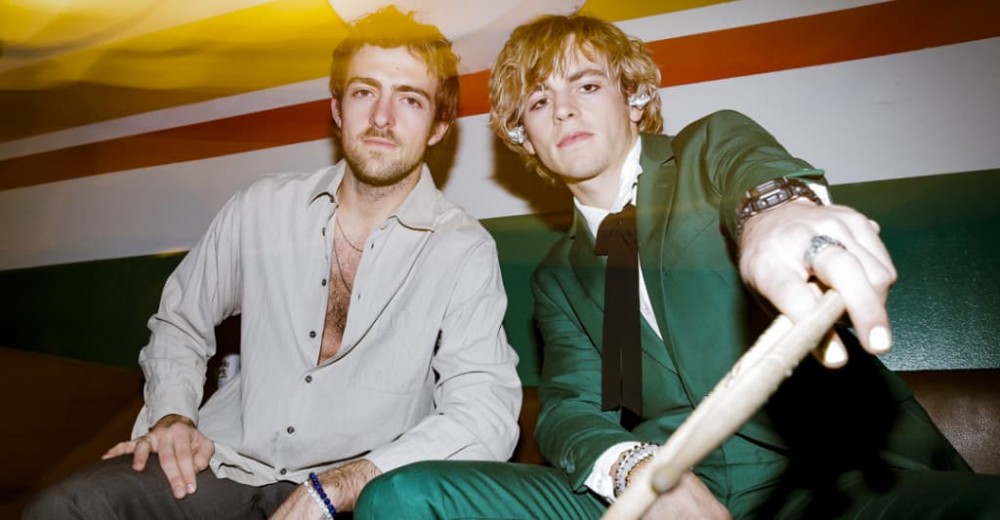 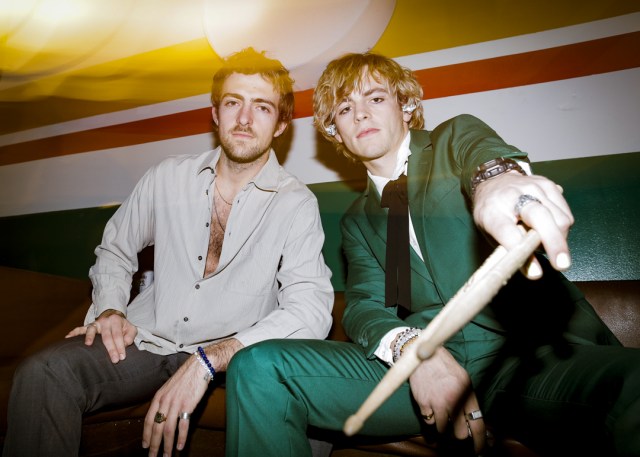 Ross and Rocky Lynch, better known on the road and in the studio as The Driver Era, are in a constant state of evolution. The alternative pop duo first emerged from the family-driven pop rock band R5 in 2018, setting out on a path to creative self-discovery by carving out their own lane as a pair. Their debut album X landed them on tour, playing to rooms of fans buzzing with electric energy. The shows got bigger, and their creative spark got more intense. In the studio, they translated that feeling into perspective-shifting takes on romance and navigating early adulthood.

When they found themselves languishing at home during the early months of the pandemic, the forced pause unexpectedly led them straight into the creative process of their sophomore record Girlfriend. Pulling on experiences and stalled ideas dating back to 2016, Ross and Rocky challenged themselves in the recording and reinvigorated them as musicians, blending influence from pop, rock, and hip-hop. It marks the first record the pair have created where they serve as the sole songwriters and producers, their passion for the craft shining through a stacked tracklist on songs like “Heart of Mine” and “Leave Me Feeling Confident.”

The time in lockdown altered The Driver Era’s creative process, allowing the band to tug on a string that would unravel into their most clarifying project yet. With only a few dates left on their Girlfriend tour, The Driver Era spoke with The FADER about finding reassurance as songwriters and producers, getting back into the swing of touring, and challenging themselves to make something brand new.

The FADER: When you’ve been making music for as long as you both have, in whatever form of a band that may have been, there can’t really be that same sophomore follow-up conversation for The Driver Era. Was there a sense of freedom that went into creating Girlfriend without that pressure?

Ross: We’ve approached all of The Driver Era with a lot of freedom and a lot of spontaneity because that’s how we like to create. That’s how we feel like we get the best product. And yeah, some of our past projects have definitely had a little bit more restraint, a little bit more cooks in the kitchen on the label side of things and everything like that. But our current situation is very much just Rocky and I in the studio making whatever feels good at the time.

Rocky: Yeah, it’s funny because we’re on tour right now. Immediately when we get on tour, I’m just like, “oh man, I want to get in the studio.” I love being on tour, I’m having a ton of fun, but it immediately kickstarts like, “oh, I wanna write something.” 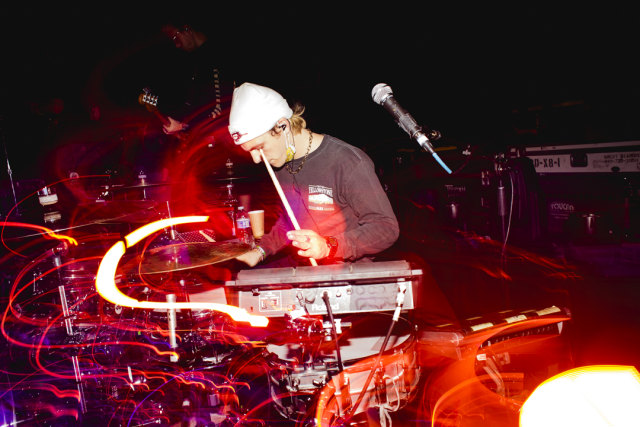 We’re living through an age where, especially over these last almost two years now, people have so much time and access to listen to new music – but there’s almost an overwhelming amount of it readily at our fingertips. As songwriters and producers, how does that need to capture people’s attention factor into your creation process?

Ross: I feel like we’ve always had a knack for keeping people engaged in the song. Obviously they’re our fans so they would say something like this, but a lot of our fans say that we have no skip songs, which is honestly a great compliment. But I think we’ve always been good at keeping the songs entertaining and keeping the fans engaged in listening to the whole thing. And so I think that is a big part of making music now, nowadays – just keeping people on their toes and moving quickly and shorter songs.

Rocky: Also, when we are writing, there’s not much of like, “okay, how can we grab someone’s attention?” That’s not really ever a thought. It’s kind of, you know, what is magical in this moment with this track you’re working on or whatever. And you’re kind of just trying to shoot as much of that energy into it as possible. I think that’s the byproduct of writing good music, just trying to do our best. That will happen if you make something that’s worth listening to. 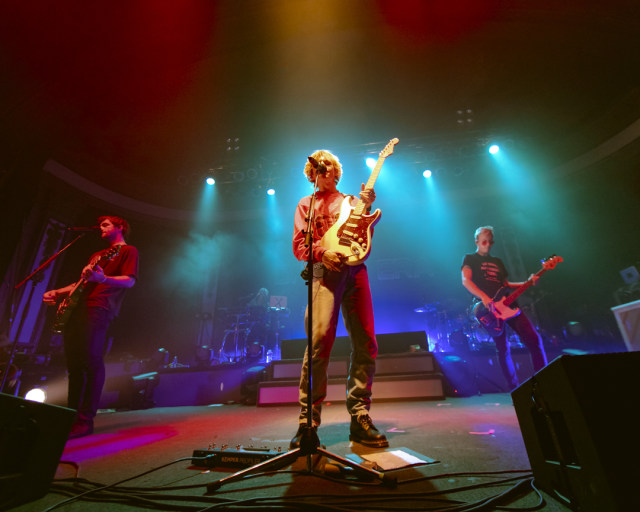 With Girlfriend in particular, you’ve both managed to capture these huge feelings and emotional breakthroughs in a way that sounds equally as all-encompassing as it feels. How does this record function as a capsule of this era of your lives?

Ross: I feel like it’s just exactly as your question states, it is a capsule for this era in our lives. With us honestly learning so much from our girlfriends and them teaching us to be better men and then us writing about that was a big part of this record. And you know, just wanting to get better at writing and [becoming] a better musician, a better songwriter and just trying to do our best to be authentic in our expression of our feelings in our music.

Performing live has become such an integral part of The Driver Era’s DNA. What was your experience heading into this album without knowing for sure if playing shows would be on the table?

Ross: Honestly, we weren’t really thinking of it much when we were in the studio pretty much for a long time. So we ended up with a lot of mid-tempo songs, which is fine – we love all of our music. But I think since this tour, we’ll probably put even more focus on the fact that we want the shows to have a lot of energy. So a lot of these songs that we’re writing right now are very dancey, they’re very uptempo.

Rocky: I know Ross has said they’re dancey, but it’s like, they’re actual dance tracks. Like, Swedish House Mafia could almost put out one of these. And while making them, it wasn’t really like, “yo let’s do some dance tracks,” but somehow we arrived there. 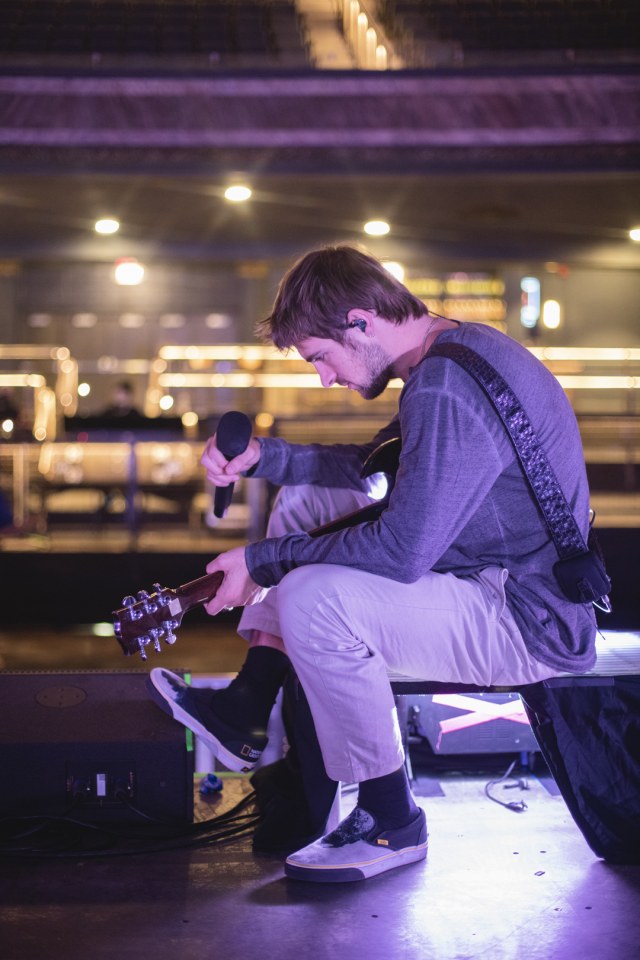 Ross: Mixed feelings. I was excited, maybe a little more nervous than usual, you know? But we literally are breaching like 400 shows at this point in our career. So it’s pretty comfortable.

Rocky: Because no one had really toured for a couple years, even our crew, the very first [show] was like, “oh, alright, what’s gonna happen?” And then once that was kind of out the way, it was like, “oh yeah, that’s why we’ve been doing this for a while and we kind of understand how to do it.”

Ross: You know what, now that I’m thinking about it, that Minneapolis show was actually incredible. Cause the fans that had come were just on cloud nine, so energetic. And I think there was actually a lot of excitement in the room. I do actually remember feeling overwhelmed and excited. And it was almost like a realization of why we put all this effort into this – it’s because of that euphoria of presence that you get when you’re on stage. 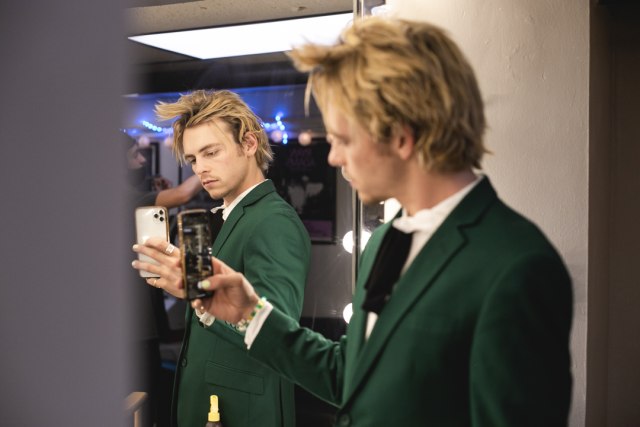 This entire tour so far has been extensively documented both by you and your team and the fans – there’s a full hour and a half recording of your Chicago show on YouTube. Why was it important to have such extensive memories of these shows?

Ross: I think that’s just how people operate today with social media, with YouTube. And then for us, obviously as a business, it makes a lot of sense. Personally, I like to look back and definitely have all the memories of all the cities and shows that we went to. Because this is a really cool experience and we always try our best to appreciate it and it’s great to have documentation to look back on.

I think the normal setup for most bands is they have bigger teams and they have more people doing more jobs, whereas, in our camp, it’s very tight-knit. It’s a very minimal amount of people doing a lot of work, a lot of really just amazing work. So we really would love to show off a little bit more of that because we think that it’s pretty special and it’s a cool story. We’re really proud of this little group that we got going and we think everyone’s doing a great job. So we wanna show it off a little bit more.