While Childish Gambino has delivered some defining music in 2018, he’s not quite finished giving. After releasing “Summertime Magic” and “Feels Like Summer” at an obviously apt time and announcing his This Is America world tour, Gambino has dropped a gift — two, actually — in his fans’ inboxes. Those who purchased tickets to his This Is America tour will receive two new tracks in an e-mail from promoter Live Nation detailing that the songs are not yet complete, but are integral to the upcoming shows’ experience. In his note to ticketholders, the artist says fans should familiarize themselves with the two tracks — “all night” and “algorithm” — in order to maximize their show-going experience. Not only that, but “these songs are for people attending the show only. keep this within our community.”

The This Is America tour starts September 6 in Houston. 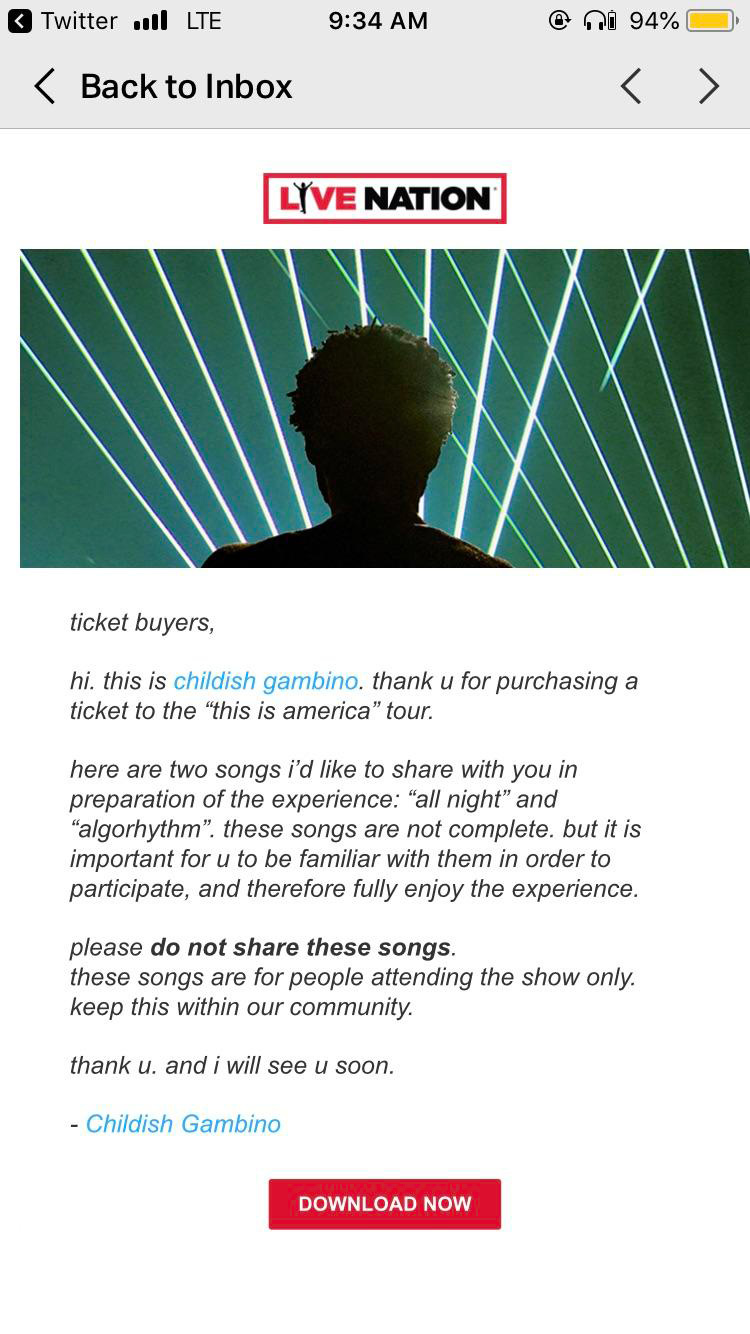