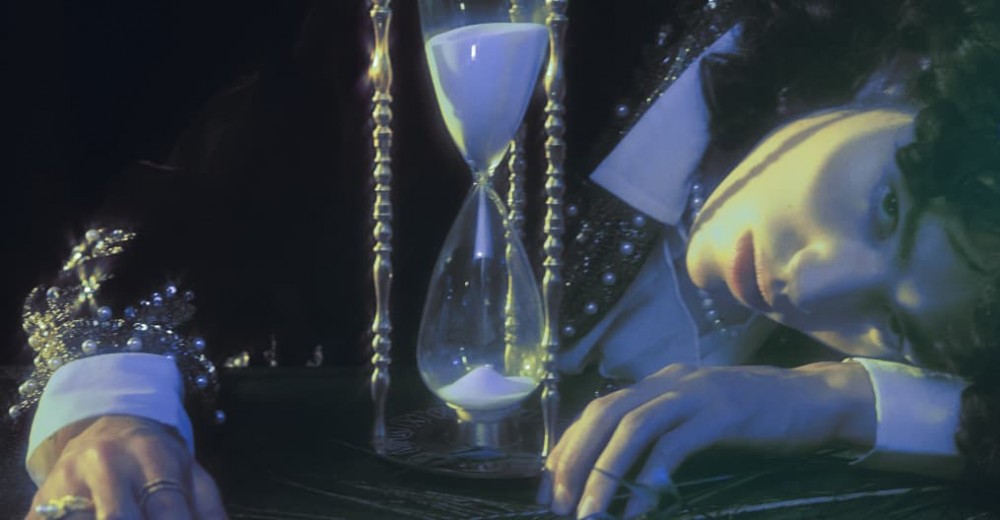 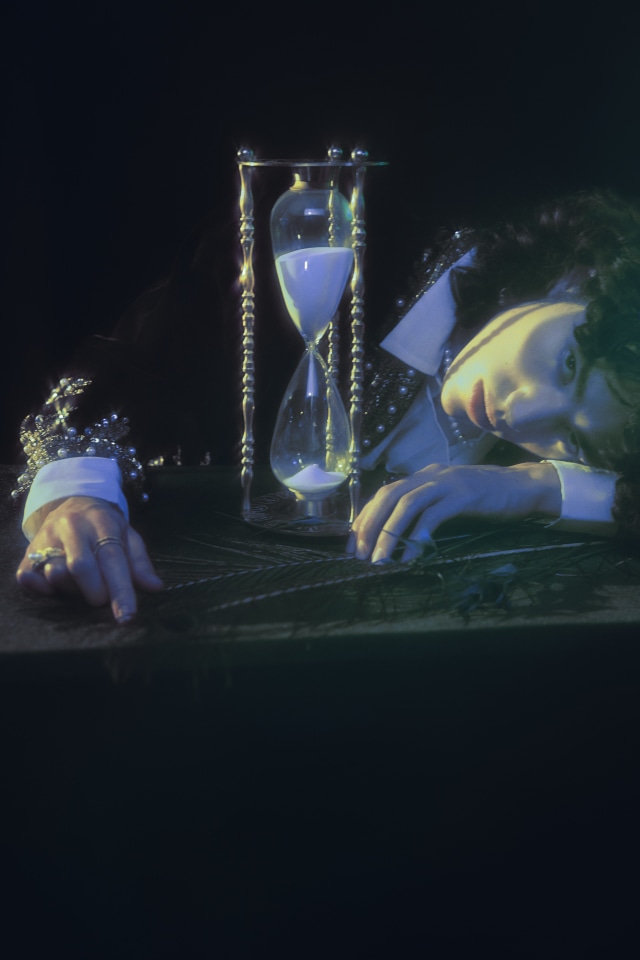 It’s three days before his twenty-third birthday and Conan Gray is feeling introspective. On the phone from Los Angeles, the pop singer and songwriter recalls how much his life has changed since turning twenty-one. It was already a strange time, an impending global pandemic that would entirely derail what everyone had come to know as normal aside. He had reached the unofficial, official age of actual adulthood where people’s paths really begin to diverge without the shared structure of an education system as experiences become less shared and more individual. Then, one of the most widespread shared experiences a person could encounter put the world on hold.

In the months that followed, few things were left unchanged, a notion that weighed heavily on Gray. His debut album Kid Krow, written and produced with close collaborator Dan Nigro who helmed Olivia Rodrigo’s Sour earlier this year, had arrived at the tip of the pandemic outbreak in March 2020. It recounted his angst-driven coming-of-age experience with all the vigor of an emotionally invincible teenager with time on his side, yielding the two platinum singles “Maniac” and “Heather” as well as a gold album certification. But it wasn’t just that he had changed himself –– the circle of people around him shifted, too.

“It was just a really weird time of my life where everyone just went in completely different directions,” Gray explains. “And I was sitting there thinking, what about me? What’s going on? Like, where are we going? What are we doing? Why are we going so fast?” For him, the only way to make sense of it all was to communicate through song what he couldn’t in any other way. Gray shared four distinct singles throughout 2021, each functioning both as a lesson for himself and an expansion of his artistic range a year after a noteworthy debut.

“I’ll always be the kind of person who just writes whatever I feel like writing, continually experimenting and learning new things and talking about different life experiences that I have in whatever way I feel like,” he says. “I just wanted to spread my arms out and play around a bit because we had a very confusing, interesting past few years.” This is Conan Gray’s year in singles.

Written during the pandemic in virtual sessions with production and songwriting team Monsters & Strangerz and Tobias Jesso Jr., “Overdrive” arrived in February as a pulsing introduction to a post-Kid Krow Conan Gray. “I think it was interesting just because it was a new group of people to work with,” he says of teaming up with the pop powerhouses. “But it’s so different with every single song that I kind of tackle each song from a completely different approach.” For this one, the goal was to provide a mental escape after months of being stuck at home.

“Although I was miserable, I don’t think I was really at a point where I wanted to talk about being miserable. I just wanted to escape from reality for a little bit,” Gray explains. “I wanted to make a song that you can listen to in the car and drive alone and feel like you’re not really in reality, because reality was really intense at the time that we released that song.” In the song’s accompanying music video, co-directed by Gray with Dillion Matthew, the singer crafts an elaborate daydream out of a cinematic adventure that’s all in his head.

“Overdrive” chronicles a night free from the constraints of second guessing and worrying about what tomorrow may bring. The video brings it to life in the form of late night drives in topless convertibles, chaotic bike rides and careless dancing –– the weightless spirit of carelessness. Gray adds: “Kid Krow was just so miserable a lot of the time and I think after releasing it, I just kind of needed to take a breather for a second.” And it really was for only a second, as the worries seep back in on his next release.

The slow-burning, acoustic ballad “Astronomy” took form during quarantine as Gray confronted the strains of homesickness and change while isolated from everything that had once been a constant in his life, including his best friends. “It was the first thing that I felt like really saying after my debut album,” the singer says. The song once again pairs him with Dan Nigro and taps into the seemingly endless well of melancholy that has shaped his discography thus far.

“I was feeling very, very introspective about change about growing apart from people and how that looks and how that feels and that bittersweetness,” Gray recalls. “And also the kind of denial that you have for a while where you’re like, oh no, everything’s gonna be fine. We’re gonna be friends forever. Everything’s gonna be perfectly fine. And you know, it’s just not true.” It was a notion he encapsulated in song with only himself in mind, originating as a diary entry of sorts that revisited the past. He hadn’t thought anyone else would relate, or even like it.

“I think a lot of the times when you are the most honest with yourself in songwriting, that’s when people actually end up relating, but it’s very scary to be honest with people,” Gray says, recalling the denial he often feels about whether or not his releases are relatable. “When people did end up relating, I was very grateful because I always feel crazy – I always feel like maybe my emotions are crazy.” After its release, Taylor Swift shared “Astronomy” on her Instagram story, describing the song as an “ethereal work of art.” Someone definitely liked it.

“It’s terrifying to fall in love and I think that is one of the aspects of why I’ve never done it,” Gray considers. Regardless, he’s spent years watching love happen to other people and taking note of the traits and quirks that develop in couples he’s seen over time – though it did make him feel somewhat creepy for noticing such minute details. Gray hadn’t set out to write about this fascination born of curiosity, but Nigro and co-writer Julia Michaels pulled “People Watching” out of him.

The song builds itself out of snapshots and longing. “They met in class for metaphysical philosophy / He tells his friends ‘I like her ’cause she’s so much smarter than me,’” he maps out. Later, he admits to his vicarious onlooking, sharing: “I had a dream about a house behind a picket fence / Next one I choose to trust, I hope I use some common sense.” Gray wonders longingly about what it would be like to get it right without complication, making a significant artistic shift by letting down the guard he had first tried to build up through an unbothered attitude on Kid Krow.

“I think that people watching was the first time ever in any of the songs that I’ve released where I said, actually I’m a human being and I actually very much do want to be in love. And it makes me really sad that I’ve never been in love. And I just wanna know what it feels like,” he admits. “It was a kind of shift in my perspective and I think that only came because I spent two years sitting in my house just thinking about life and thinking about love and friendships. It was something that I could only say after the introspection of being in the pandemic.”

Last year, Gray became the unexpecting recipient of happy birthday messages from essentially all of his past crushes and potential situationship suitors, no matter how brief. “Every single one of them came out of the woodwork after not talking to them for years and decided to text me with some kind of weird flirty remark or something like that,” he remembers, still seemingly confused a year later as to why. On the ILYA-produced single “Telepath,” Gray picks up the pace and spins this influx of sudden communication into a comedic commentary on the way people often crave what they can’t have, even if they didn’t realize they wanted it before.

“I was like, maybe there’s something wrong with me that makes people constantly treat me badly – and then they end up coming back around like always,” he says. “It was a way of me poking fun at it to make it a little less painful because it kind of sucks when people do that to you.” Gray hoped that putting this cyclical phenomenon into song would maybe stop his future self from falling for the same trap. He says it isn’t meant to be a deep revelation, but more of an upbeat, synth-driven warning: “Cause I got a feeling, you’re coming back just like you have in the past / Yeah, I got a feeling, you’ll be sending me trash you should’ve left in the drafts.”

“I am not a very serious person when it comes to the way that I talk about my feelings. Oftentimes in conversation, I’m very jokey about it and then when I write the songs, I get really sad about it,” Gray shares, nodding to a classic Gen Z predilection for comedic deflection. “But I just needed it to be casual because the topic was casual. It was just a funny observation I made about this person and about people –– that they always want what they don’t have and that they always end up coming back.”