Cosmic Gate Release Progessive Delight With “MOSAIIK Chapter One”, A Look Into Era 2 Of The Legends Career
Written by DawnSt-Jacques 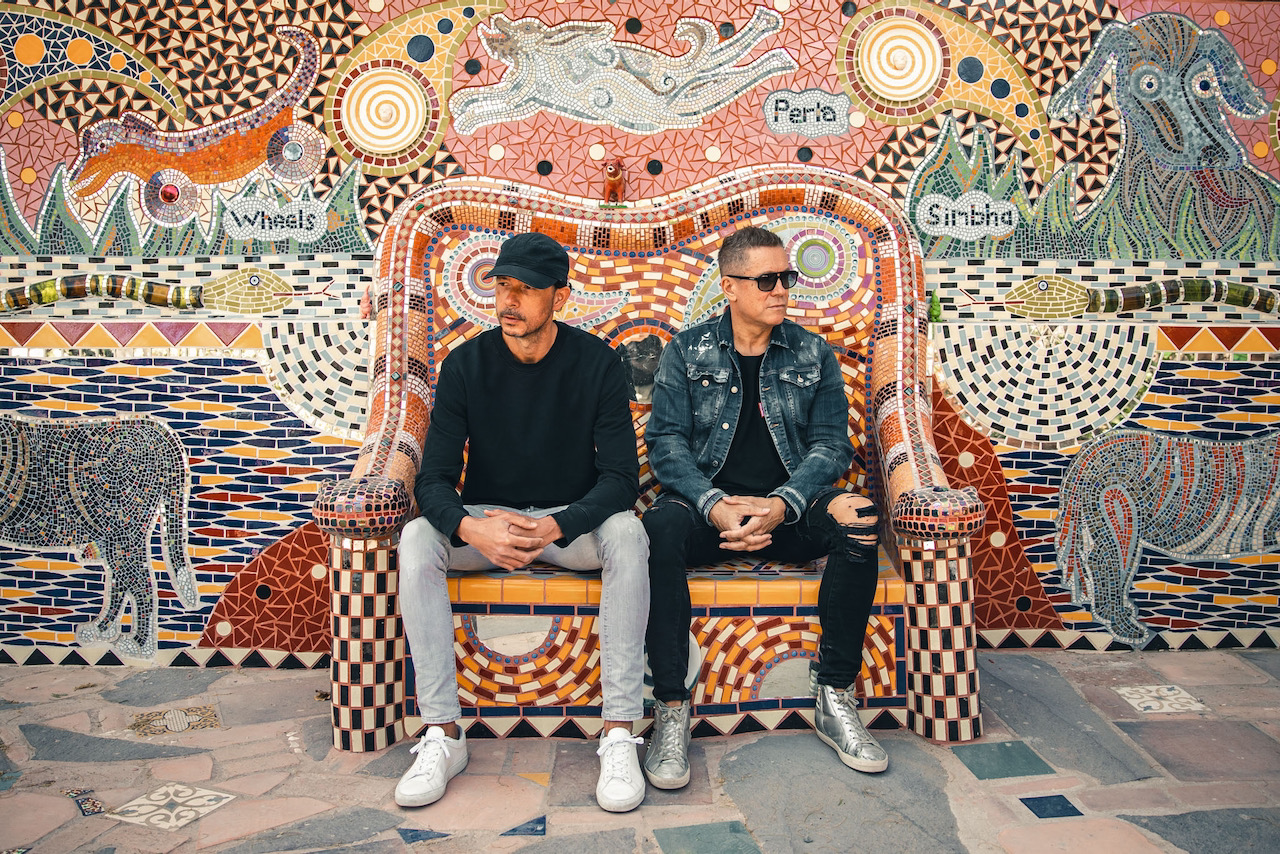 It’s here – the first Chapter of Cosmic Gate’s new dual album release dropped onto stores and streams Friday. Following the release of their ‘20 Years – Forward Ever, Backward Never’ LP in 2019, the GRAMMY-nominated duo are again set to challenge the conventional thinking of what Cosmic Gate ‘are’.

The road between ’20 Years’ and ‘MOSAIIK’ is one comprised of purpose, circumstance, and pure chance. When Cosmic Gate added ‘Forward Ever Backward Never’ to the title of their ’20 Years’ album, it was (says CG’s Bossi) “as much an undertaking to ourselves, as it was to the audience. We were essentially (he chuckles) ‘reaffirming the vows’ under which we formed Cosmic Gate”.

“We see “MOSAIIK (The ‘II’-styled title a nod to their eleventh long player), as a lot more than a new chapter in our musical lives, expands Nic. It feels like the start of a second era. No one told us we needed to do this – it all came from within. With hindsight though we recognized that there were some signs that our fans were as ready as we were”.

One of those “signs” was their remix of Gabriel & Dresden’s ‘Only Road’. That garnered a Best Remix GRAMMY nom in 2020, which further opened the group’s eyes to the level of acceptance in newer production directions. When the clubbing world was separated from their dancefloors in March 2020, circumstances provided even more artistic latitude. Thus ‘MOSAIIK’s music-making became less symmetric and floor-focused, and all the richer for it. Those who listen – even casually – to CG’s Wake Your Mind Radio show quickly become aware of the broad range of musical tastes that inspire the pair.

“This. observes Bossi, has played perfectly into the Cosmic Gate live shows of more recent years, where we’ve started to play longer sets. This gives us the scope to open with deeper & progressive music, and end with some techno-tracks”, he says. We saw that being around for 20 years and DJing for even longer, had made the Cosmic Gate sound very, very versatile … Like a mosaic of all these different formed pieces and sounds that make us complete”.

“When we laid all of ‘MOSAIIK’s ideas, drafts, and demos for new avenues out, it almost overwhelmed us, says Nic. That played a part in the decision to split the album into two, he adds. There was such a span to it that Bossi & I both felt there was almost a danger of ‘too much, too soon. So ultimately the two Chapters of ‘MOSAIIK’ will click together to present that broader vision of our music”.

‘Blame’ – the album’s opening single, which features singer/songwriter Diana Miro, provided perhaps the biggest surprise of the year for Cosmic Gate fans. Deeper and more progressive than CG had gone before, it became their fastest-growing single release to hit a million Spotify streams. From that point a follow-up with Diana became a certainty, and ‘Nothing To Hide’ – just released, and featured on the album – is performing in an even stronger fashion.

Now all this is not to suggest that ‘MOSAIIK’ doesn’t contain any Cosmic Gate peak time floor-destroyers. “It’s all about proportion though”, says Bossi. They fit in as part of a vision which is wider – and is only going to become more so”. The singles ‘Your Mind’ and ‘Feel It’ attest to this, and (continues Bossi), “when testing the album tracks at some recent live shows, ‘Vertigo’ – with its dark & techno-ish vibe, got some incredible crowd reactions.

For every one of those, there are two or three that speak to other stylistic areas. “Mike Schmid, who we worked with on the ‘Start To Feel’ album in 2014 popped back up at the start of the year with something that really surprised us. He’s known for styles outside of electronic music, but what he came with on ‘Summer Wonder’ gave us ‘Falling Back’-type vibes”.

‘MOSAIIK’ manages the deft task of expanding the Cosmic universe, whilst feeling like an as-one entity and a release that’ll chime with the most established of CG fans.