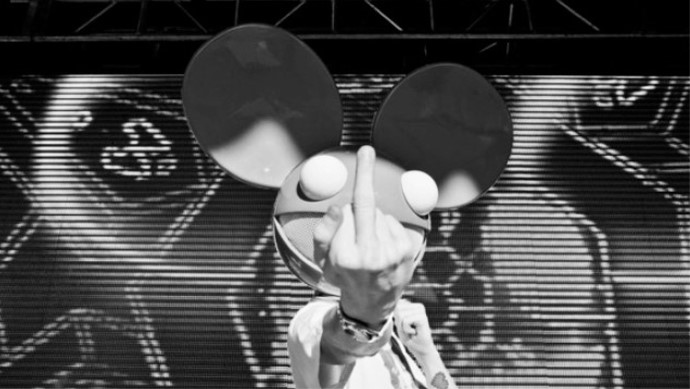 It’s been awhile since any drama involving deadmau5 has come about. Fortunately for us drama seekers, the wait is now over- it was well worth the wait. The Canadian producer and Krewella are going head to head once again. As we all know, deadmau5 and Krewella don’t see eye to eye about the industry they work in. Remember back in 2015 when deadmau5 called out the duo for their ?

In the original, images deadmau5 appeared on screen next to the other individuals mentioned above. Apparently, there was some legal action threatened, and therefore, the original video was pulled. The new re-upload is about the same, but does not feature the iconic mau5 head as it once did.

The new “Bitch the Year” video even comes a disclaimer: “Someone threatened to sue us for using their image in this video,” Krewella states. “Here is a new version without them.”

As usual, and rightfully so, deadmau5 did not hold back his thoughts and feelings on the matter.

If you wanna check out the new video, here it is: