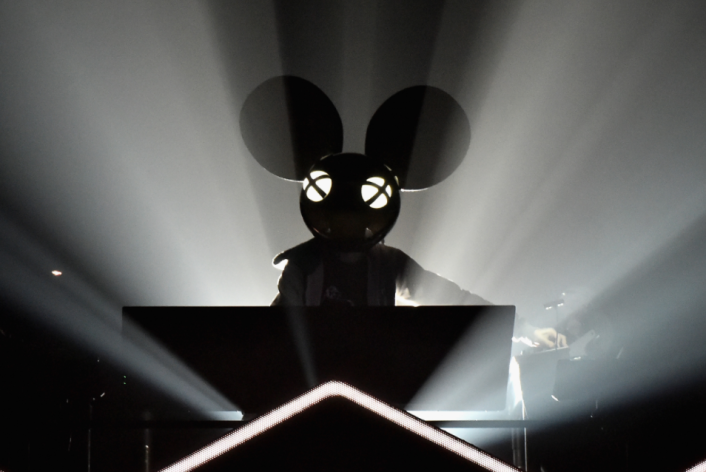 The first real sneak peek we have had since his cryptic tweet, deadmau5 put up a video on his Facebook page a full orchestra playing his music. Oddly enough not an fshoot from his ‘Strobe’ orchestral remix played recently, this is a whole new project. Whether we will be getting classic deadmau5 tunes remastered for an orchestra, or if he will be creating all-new tunes in conjunction with the orchestra remains to be heard.

Deadmau5 has consistently been pumping out albums new material, and in 2017 he released Stuff I used to do, a compilation his early work. When asked if a new album was in the works this past September, he responded “”. The next indicator if what is to come happened in January, he tweeted about the most epic thing he has ever done with his music, when asked for a clue said”.”

“There’s nothing better in my world than being able to sit in during a few recording passes this. Unreal” is the next clue, in the title the video on Facebook. Fans commenting think it is a take on his track ‘Invidia’. There’s no telling an exact date but we do know Zimmerman is hoping to have this album out by . Until then, content yourself with the orchestral ‘Strobe’ remix , and the hint things to come below!