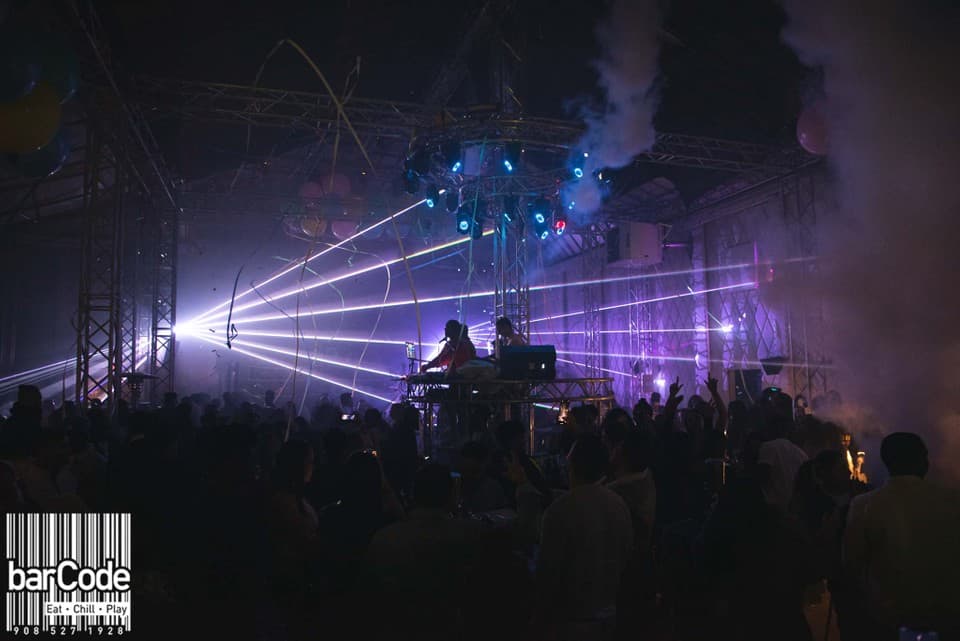 EDDY G., real name Edwin Gomez, is an entrepreneur and real estate developer based out of Elizabeth, New Jersey. With a recently completed multi-million-dollar renovation of his newly rebranded sports bar, restaurant, and nightclub, barCode 2.0, Eddy is set to reignite the age-old flame of night club dominance in New Jersey and the tri-state area.

barCode 2.0 is currently expanding to include a 110-room hotel with a three-level parking facility and 24-hour liquor license as well as another 21,000 square-foot venue behind barCode. Plans are also underway for additional barCode-branded entertainment establishments, including a sister site that sits just between Brooklyn and Queens that is expected to open its doors in 2022.

With numerous exciting updates ahead, we sat down with EDDY G. to learn a little more about barCode and the genius behind it all.

EDMSauce: Tell us about your main venue in Elizabeth, NJ.

Eddy G. (real name, Edwin Gomez): My main venue is named barCode. It’s a venture I started six years ago as barCode. I’ve been at that location for 16 years as CocoBongo and six years as barCode for a total of 22 years. We purchased that property next door and we’re going through a major expansion for another 5,000-person occupancy.

EDMSauce: How does barCode NJ compare with other area mega-clubs like the newly opened Nebula in Manhattan? Nebula is 11,000 square-feet and located near NYC’s heavily trafficked Times Square neighborhood, with tons of foot traffic and tourists.

Eddy G.: I don’t think there’s a comparison, because the average club is one big major space. I’ll be a complex, I’ll have multiple rooms where you can host multiple concerts, and my venue has an in-ground pool which sets me apart from the average venue. The average venues are either a pool club or a nightclub or a live music space. I did all three in one venue. I’ll also have an additional rooftop for an additional 2,000-person capacity, plus the 5,000-person room for a total 7,000-person capacity venue.

EDMSauce: The owners of Nebula allegedly spent $12 million to renovate the Nebula space, starting in March of 2020. Are there any figures you can cite, in terms of renovations or new-construction at any of your barCode properties, and what those renovations/construction consists of?

Eddy G.: barCode is definitely surpassing $15 million [in construction]. They’re remodeling what’s already existing. Me, I’m actually building to accommodate it and customize it to my operations. It’s one thing when you take a box and retrofit it for your use. I’m actually building the box! That’s how I was able to build the pool into the venue, with the stage with a swim-up bar. That’s something you only see in the Caribbean.

EDMSauce: How do you compare your venue to Las Vegas?

Eddy G.: Vegas is an area where people from all over the world to have a weekend, so you’re not gonna make money from…for me, I have to consider the person who’s also making only $30,000-a-year, and also the person who’s making $1 million-a-year! I need to make sure that my venue accommodates all income levels: if you’re a person who just wants to go out to a bar to get a drink, or if you want a table with bottle service, you have a choice. You’re not obligated to purchase a table to enter my venue.

EDMSauce: We hear you have other locations – namely Brooklyn, NY, and Miami, Florida – in-the-works. Can you tell us about those venues? When will they each be open?

Eddy G.: The Miami location’s not a done deal yet, but the New York City location is confirmed! The NYC opening is approximately for the fall of 2022.

EDMSauce: Back to the Elizabeth, NJ, location. What do you say to the people who feel there’s a stigma about the location? After all, the Newark, NJ-area doesn’t immediately come-to-mind when people think of exciting nightclub destinations, no offense…

Eddy G.: I feel bad for them. They don’t know what ‘good’ is. They’re stuck in a bubble! They got stuck in the NYC bubble. The world is much bigger than just NYC. Let me finish, and the New York City clubbers will be coming to NJ to take notes. From the roof, we have a clear view into the city of the entire NYC skyline.

EDMSauce: What’s this I hear about you having this crazy, incredibly extravagant home right next to your club?

Eddy G.: We’ll also have The Eddy [building], which is a separate entity on the same lot in the Elizabeth, NJ, space. The ground floor will be retail. My residential apartment will be 22,000 square-feet above that. Above my apartment will be an outdoor area with beautiful, landscaped trees planted outside. In my apartment, which is two floors, my dining room table seats 30 people and I have gigantic screens and a rooftop pool with a jacuzzi. Also on the ground floor is a restaurant and bar. The first floor of my apartment will house a gaming room, a gym and a spa. The second floor of my home will have a personal lounge, the rooftop pool with a jacuzzi, a rooftop bar and more.

EDMSauce: Which big DJs are on the lineup for barCode NJ in the coming months?

Eddy G.: We’re working on artists right now while we work in the space, big EDM DJs, big underground house guys like The Martinez Brothers, Black Coffee, Green Velvet and so on. When I do complete the place, when I do create the impact of the new monster that I’m building, it’s going to be all about the experience. I want to complete it first before announcing the full lineup. Right now, we’re riding out the Latin market. Once I finish the expansion, I’ll bring bigger DJs so they’ll leave with a much bigger experience. The expansion will be completed by next summer. We’re reaching out to the big DJs now to see who’s available and we’ve been talking to their agents about putting aside summer dates. With my retractable roof that’s 35-feet high, now people will have unfettered sightlines of the DJs onstage. It’ll be amazing.