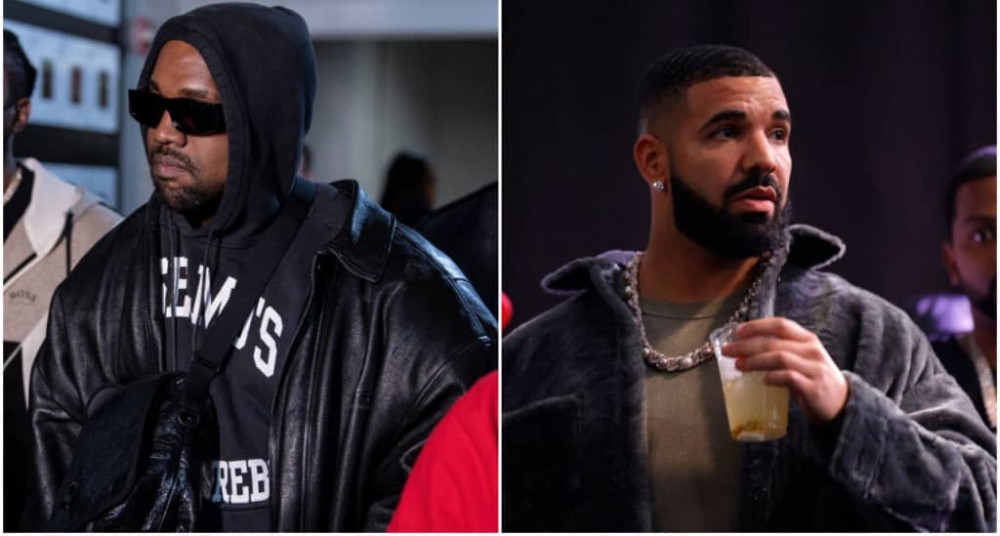 After putting their long-running beef aside, Kanye West and Drake took to the stage together on Thursday night for a joint headline performance aimed at helping to free Chicago gang leader Larry Hoover. The pair arrived on stage together for show TMZ reports had a budget north of $10M. They both performed solo sets, as well as joining forces on “Can’t Tell Me Nothing” and set closer “Forever.” Check out highlights below.

Larry Hoover is currently serving a 200-year sentence for murder and spends 23 hours a day in solitary confinement. The former leader of Chicago’s Gangster Disciples began his sentence in 1973 and would require a Presidential pardon to be released. Kanye West, now known as Ye, has taken it upon himself to raise awareness of Hoover’s plight and announced a benefit concert at the Los Angeles Memorial Coliseum last month. It is reported that the show will raise funds for organizations including Ex-Cons for Community and Social Change, plus Hustle 2.0, and the Uptown People’s Law Center.

A multi-million dollar budget may mean the break even point is a way off but in addition to ticket sales the Hoover benefit had plenty of exclusive merch, all of which is still available via Amazon. Ye and co-organizer J Prince partnered with Jeff Bezos’ company to stream the show via Amazon Prime and Twitch.

Produced by Balenciaga, the merch includes $100 t-shirts, $200 hoodies and jeans emblazoned with “FREE LARRY HOOVER,” available for $400. Drake took to the stage in his own custom version of the hoodie.

The show itself began with an appearance from Ye’s Sunday Service Choir, who performed a cover of Adele’s “Easy On Me” and sang “Ultralight Beam” to welcome the headliners to the stage. Drake was clearly happy to be on stage with his fellow superstar, telling the audience: “When we were walking through the archway it felt surreal, to be on stage with one of my idols as he runs though his catalog.”

Ye, headlining his first traditional concert in five years, ran through his hits and delivered tracks from across hit albums including College Dropout and My Beautiful Dark Twisted Fantasy. He ended his part of the show by covering Drake’s “Find Your Love.”

Drake dancing and singing along while Ye performed “All Falls Down” tonight. pic.twitter.com/RiieVdpFSp

Drake returned the favor, opening his set with Donda cut “24.” While Ye effectively played a greatest hits set, Drake leant on his 2021 album Certified Lover Boy with “No Friends in the Industry,” “Life is Good,” and “Way 2 Sexy” all getting an airing.

With the bad blood between them firmly in the past (for now) Ye and Drake ended the benefit with a rendition of “Forever.”

“Can’t Tell Me Nothing”