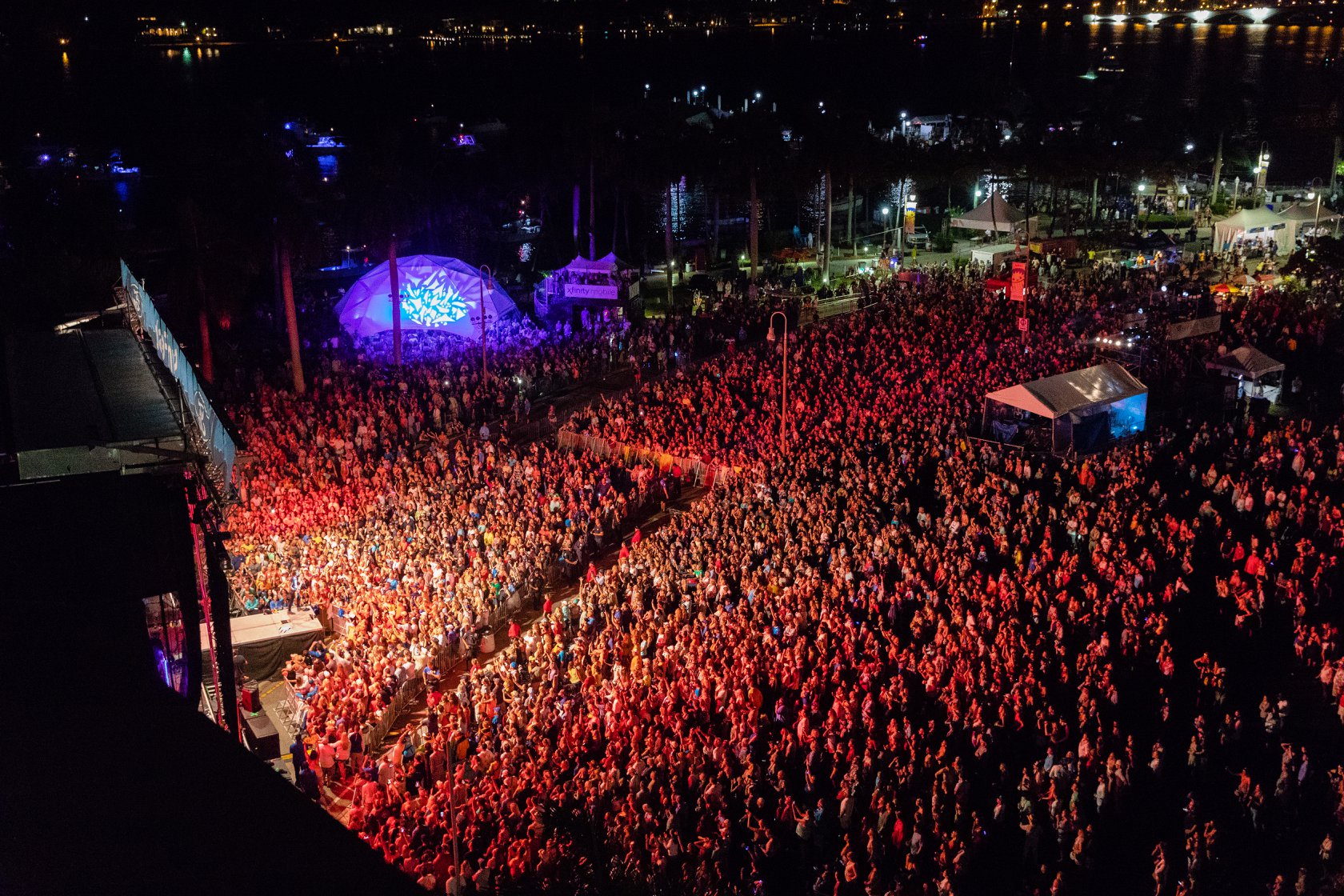 Organizers of the Florida Festival, SunFest, canceled this year’s spring event due to concerns among artists. Although there were plans to ensure the safety of all bands and guests, the performers were unwilling to take the risk.

Paul Jamieson, SunFest executive director, made a statement about the unfortunate cancelation.

“We have seen a growing uncertainty from artists about putting their fans into a large music festival setting,” he said. “Given this feedback, we have determined that we cannot go forward for 2021. SunFest without enough notable musical artists simply is not SunFest, and we believe we owe our fans more than that.”

SunFest organizers had plans to hold the 2021 event on April 29 – May 2, with social distancing guidelines and mask requirements in place. In addition, there were plans for two fenced concert stages instead of three with secure social distancing seating.

“While we knew that hosting a traditional SunFest would be challenging, we believed that the possible reward for our fans was worth the attempt,” Jamieson said. “We were driven by the idea that our fans needed something to look forward to.”

Current ticket holders will have the opportunity to roll over their passes for next year’s event. In addition, they will be able to bring one friend for free.

For 40 years, West Palm Beach has held this annual event, bringing in thousands of festival-goers every year. The 2020 festival was canceled due to the initial start of the coronavirus pandemic.

Fans will have to wait until 2022 for SunFest to return. The Florida festival will take place on April 28 – May 1 at the downtown West Palm Beach waterfront.