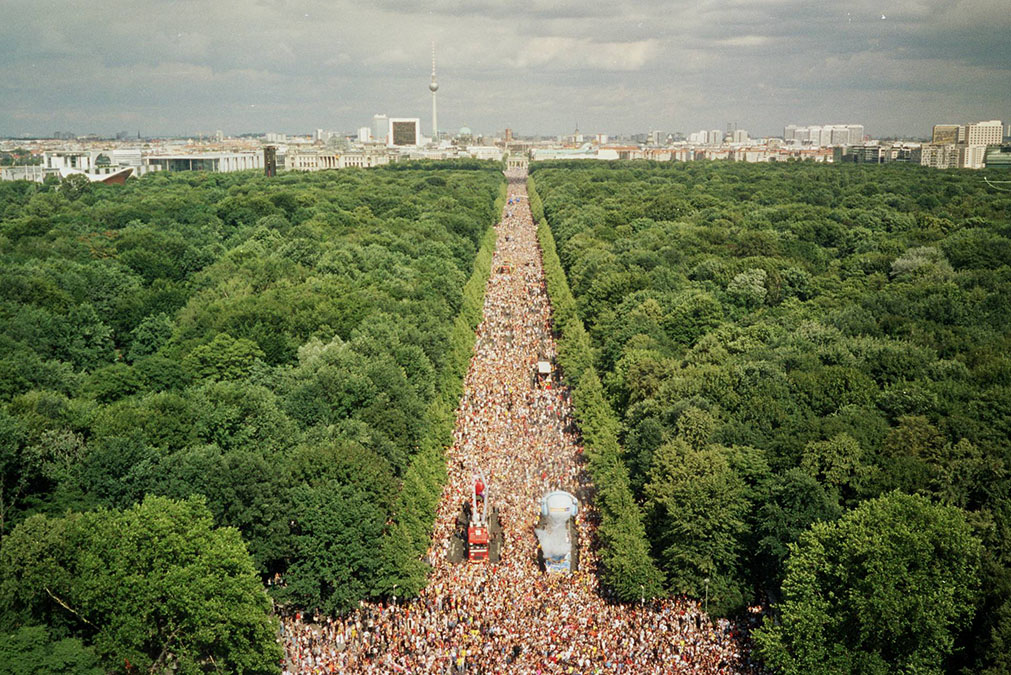 Thirty years ago, as the Cold War neared its end, German DJ Dr. Motte led 150 people through the streets of West Berlin for a political demonstration.

The inaugural Loveparade aimed to unite a world weary of nuclear brinkmanship between two superpowers with love, understanding, and music. Now, with the planet once again teetering towards chaos, Dr. Motte believes we need a little more peace, joy, and pancakes.

At a Monday morning press conference, the man known as the “Father of the Loveparade” announced his plan to bring back the iconic event.

“We have started our fundraving project in Berlin to support our projects and to collect donations to find out if our culture want to set up a new parade in Berlin to celebrate our electronic music culture & rave the planet,” Dr. Motte said.

Motte distanced himself from the original Loveparade after he says it became too commercial. But this time, it will be different.

The German DJ formed a non-profit called Rave the Planet. The group aims to create a financially independent parade.

“Being able to realize the parade basically free of advertising is really important to us,” they said. “We’re adopting the basic principles of the Berlin Love Parade and sticking to its true spirit.”

Rave the Planet and Dr. Motte have a fundraising goal of 1.5 million people donating at least five euros (about five dollars USD) each.

“We ask the question: Do you want a new love parade?,” Loveparade’s founder said. “By collecting donations, we can find out whether this is really wanted by the world.”

3,248 have already contributed to the cause, according to the German non-profit.

At its height, Loveparade attracted 1.5 million revelers to Berlin. Dr. Motte sold the popular brand in 2005. The new owners moved the event to Germany’s Ruhr region.

10 people –four event organizers and six Duisburg city officials– with involuntary manslaughter and bodily harm in connection with the tragedy.

Charges against seven of the 10 were dismissed last February.