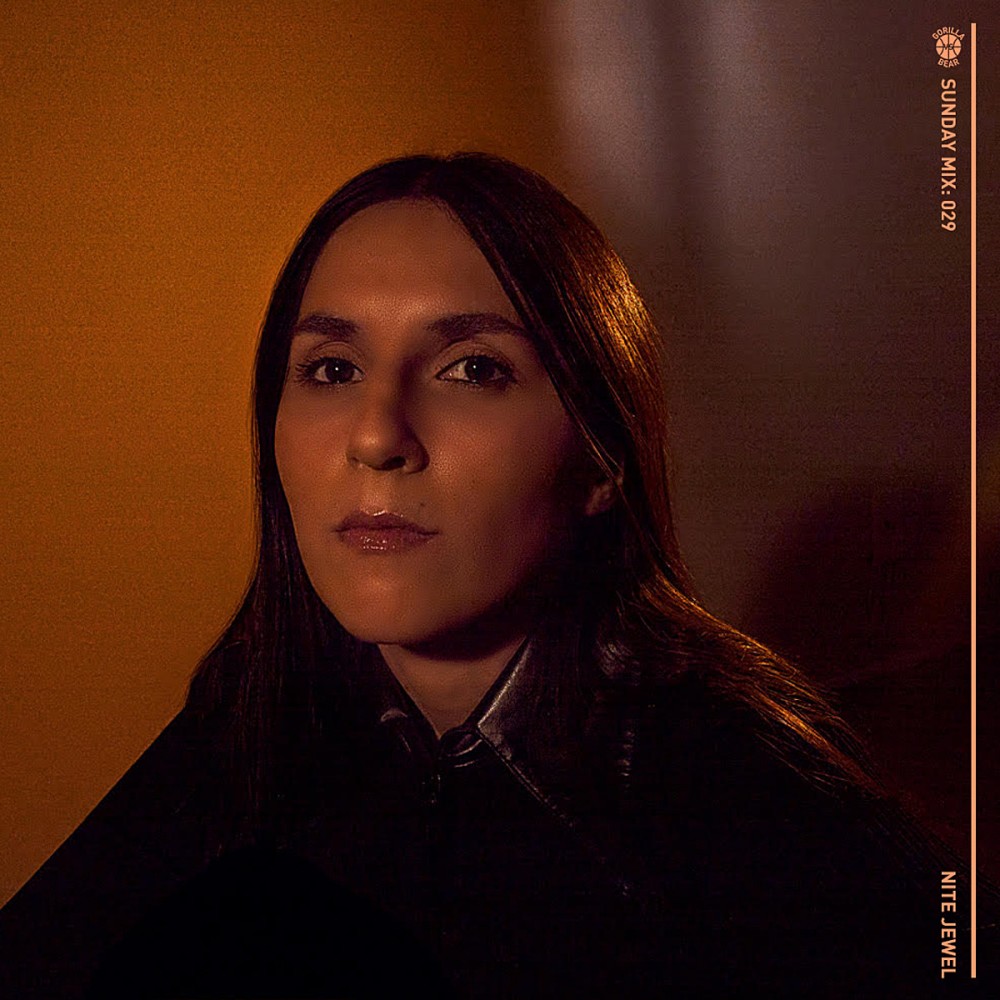 Honored to have one of our favorite artists for nearly the past 15 years hooking up this week’s Sunday morning mix: bedroom pop / chillwave / electronic R&B pioneer + OG, Nite Jewel. Ramona Gonzalez shares some of the songs that influenced and inspired her beautiful new album No Sun, which she just released on her own label Gloriette. Listen below or over on Spotify + read Ramona’s thoughts on how songs by artists as varied as Prince, Can, Frank Ocean, Tirzah, Broadcast, and others influenced the new album:

Frank Ocean – “Skyline To”: Blonde was a constant source of inspiration for No Sun, yet not so much an “influence” stylistically, but more a touchstone of what could be done with pop music. His toying with the boundaries of arrangement and dedication to space in the context of pop is really monumental.

Cluster – “Hollywood”: Since the early Nite Jewel days, this has always been one of my favorite electronic compositions. I used Cluster and this particular album to inform how I produced the electronic palette for No Sun.

Can – “Bel Air”: Another early influential piece for NJ and for No Sun. The expansiveness of the arrangement and the general improvisatory nature of this track is super inspiring. I also used it as a reference of how to produce the acoustic percussion.

Solange – “Time (is)”: Super important record for me during the making of No Sun, it helped me think beyond traditional arrangements and song structure. You just get the sense Solange is at one with herself and her vision and doesn’t compromise.

Prince – “The Beautiful Ones”: Prince always helps me think about how to communicate nostalgic and heartbreaking beauty.

Herbie Hancock – “Nobu”: I got deeply into this record about 10 years ago and it set the concept in my mind to make a record purely based off of simple synth sequences and improvisation. Finally with No Sun I got the opportunity to make this happen.

Tirzah – “Fine Again”: I mean how good is this record? Another contemporary artist who takes music to places beyond what is typical or expected, using minimalism, repeated patterns and voice as the driving forces.

Broadcast – “Corporeal”: Deep cut from my youth. This album was influential as far as the minimalism of No Sun and commitment to simple, strong melodies.

Brian Eno – “St. Elmo’s Fire”: A big influence for One Second of Love that carried through to No Sun, especially the Fripp solo at the end. I used similar methods of cutting up the guitar solo towards the end of “This Time” so it sounds played but it’s actually like a dance between producer and instrumentalist.

Sun Ra – “When There Is No Sun”: Covering this song as the final track of No Sun is what made it come together as an album. The notion that the “sky is a sea of darkness when there is no sun” pretty much sums up the central concept of my album, in that the darkness of space is a pretty frightening thing, but that this scary prospect also contains the possibility for something liberatory.