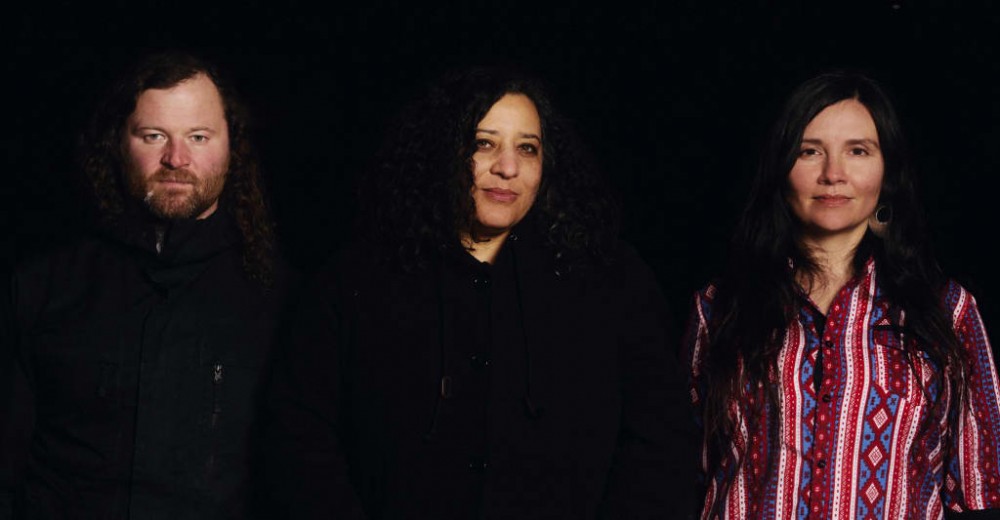 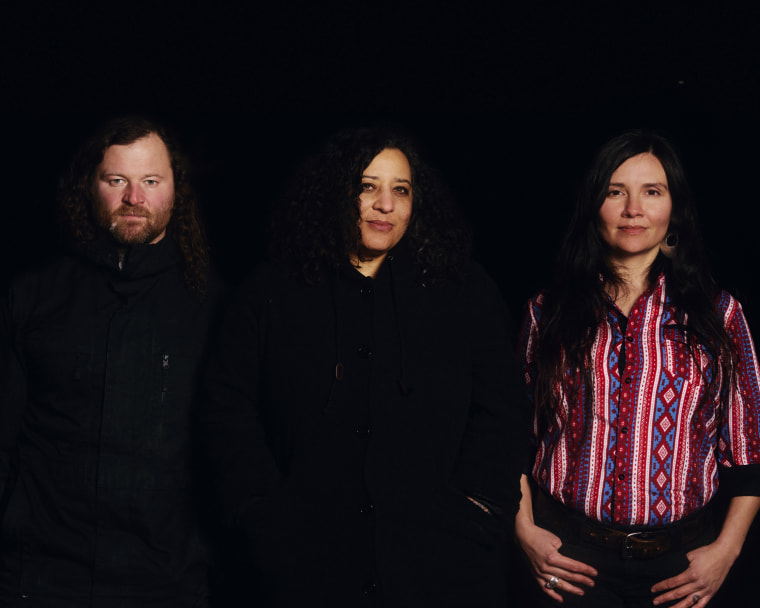 Helms Alee have serially mastered several hardcore crafts, expertly attacking a new style on each record they’ve put out. Last month, with the release of “See Sights Smell Smells,” the Washington three-piece announced their sixth studio LP, Keep This Be the Way, arriving April 29 via Sargent House. Today, they’ve shared the album’s second and final single, “Tripping Up the Stairs.”

Like the previous track, the new song is a hybrid beast, this time mixing elements of post-punk, stoner rock, and sludge into a sonic stew in which each element manages to retain its potency. Keep This is their first self-recorded project, and this autonomy brought new possibilities for the band, allowing them to expand their already slippery identity.

In Ron Harrell’s distinctly gothic visual treatment, bodies rise from murky swamps, waves crash on rocky shores, and mud seeps into every nook and cranny of the screen. “The idea that I wanted to convey when we set out filming the video was an uncomplicated yet visually compelling version of finding… control,” Harrell notes. “To me it became as simple as floating at sea and finding sure footing on land. Helms Alee has a pretty hydrous identity as it is, so incorporating that part came naturally. I had an initial cut of the video that was a little cleaner and [more] realistic, visually speaking. The band saw it, and what I heard them say was ‘that’s great, now fuck it up.’ So I fucked it up and this is the result.”

Watch the video and read Helms Alee’s interview with The FADER below.

The FADER: You’ve tried out several different styles over your collective career, but for the most part, each of your previous records has stayed in its own lane. Keep This Be the Way feels different, in that you’re mixing and matching hardcore subgenres to create something entirely new. Was this an organic progression or a conscious change of pace?

Helms Alee: I think mainly it was just the circumstances of the making of the record. Typically we slug away in the practice space a couple nights a week for a couple years and then jam a session into a week or two and that dictates a sort of approach, but this record was recorded as it was written over months in our own makeshift studio setup. So that was less time beating up songs and more time experimenting and living with the results of those experiments.

I’m curious about the album’s title. It’s pretty simple on paper but a bit of a brain bender upon inspection. Where does it come from?

I think on one of our many COVID-bubble recording session hangs in summer 2020 we were commiserating and propping each other up about the situation and how we felt lucky that we had each other and playing music to lean on for some stability. The phrase “keep this be the way” was blurted out by one of us, probably not entirely soberly, and we thought the word salad sound of it conveyed the idea well despite the bad grammar of it.

I was a fan of “See Sights Smell Smells,” but I’m particularly into “Tripping Up The Stairs” because so many interesting musical ideas happen in such quick succession, and so seamlessly. There’s the initial four-chord post-punk progression and the main theme of sludgy guitars and industrial drums, and then there’s that horror synth. Can you talk about how each of these elements developed during your writing and recording process, and how you decided to layer them over each other on the new track?

“Tripping” is probably one of the more typical Helms-like noisy/melodic rockers on the record. The horror synth stuff was just one of the many weird layer ideas that were tried out. That one made the cut, and I think that might’ve sort of informed the vocal approach Hoz[oji Matheson-Margullis] and D[ana James] took to it.