Jack Shore – My No No Square
Written by BerangariaFranzen 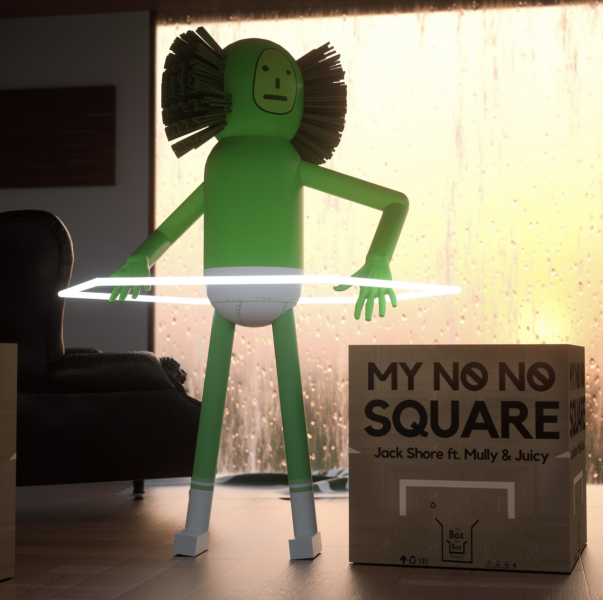 Popularized by massive creator Juicy from the YouTube channel The Boys, the “no no square” meme took over the internet last year. After receiving a large amount of buzz, it was even made into a rap song of the same name, uploaded on The Boys’ YouTube channel earlier this year, having amassed more than 14 million views to date.

Here is where Israel-based singer, songwriter, producer and DJ Jack Shore comes in, who has a natural knack for finding the hottest new trends and reshaping them into viral pieces of content. Jack Shore’s TikTok account now counts more than 220k followers, and has earned him almost 3 million total likes throughout his dozens of fun videos detailing his music production journey and much more. In a video that has amassed more than 4.3 million views on the app since it was posted, Jack Shore took on viral meme with a remix, and after popular demand, released it independently on all digital platforms.

TikTok has been proven time and time again as one of the most valuable platforms for musicians to promote their music and projects, and Jack Shore’s “My No No Square” is a bright example of exactly that. With irresistible slap house grooves, minimal vocal work and infectious drums, it quickly took over the world and has been streamed almost 10 million times on Spotify since its release, giving Jack Shore a well-deserved break into the spotlight.

At only 20-years-old, Jack Shore has established himself as a dominant force within house music since he shared his debut single “Fool 2 U” with Jezanna back in 2019. Keeping his release schedule consistent, he has shared more than two dozens of exciting dance music gems ever since, earning the trust of labels such as Magic Records, HEXAGON, Frequency Music, Ninetone Records and many more, as well as support from artists like , and Lucas & Steve. He even managed to sign his latest single “Dreaming Of Me” alongside Tollef and Jaime Deraz with legendary label NCS.

Jack Shore struggled severely in the school system as a result of having dyslexia, ADD and ADHD, and turned to music as an escape. Starting to play drums at the age of 10 first ignited his passion for music, while he laid the groundwork for his current music career 5 years later when he discovered GarageBand. Now, he has truly established himself as an up-and-comer to watch, and we can’t wait to hear more from him.