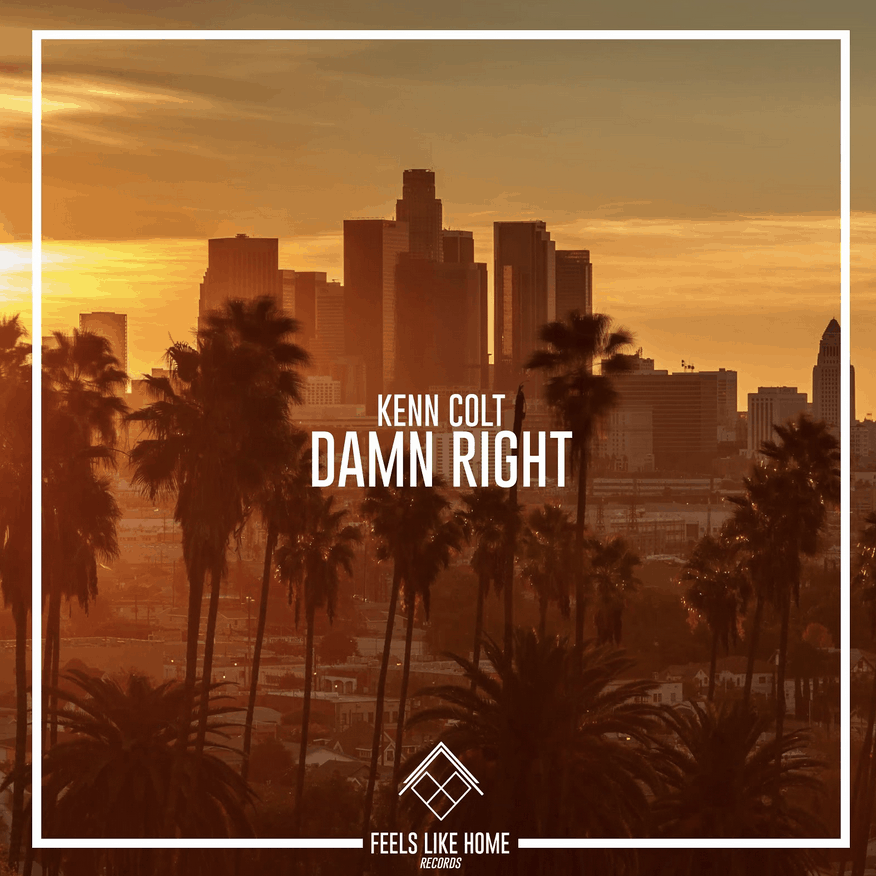 Kenn Colt’s latest drop “Damn Right” is a real feel-good single. The song has been picked up by the Belgiun based ‘Groot Gelijk’ project, with which the Flemish Traffic Science Foundation (VSV) and Bonka Circus want to bring awareness to partying young people not to get behind the wheel under the influence. Four years ago, Kenn Colt unexpectedly lost his girlfriend in a tragic traffic accident, in which the driver was believed to be intoxicated. So not only does the song sound great but it’s for a good cause, too. From residencies at Club Versuz and Pacha Ibiza On Tour to performing the world’s biggest festival stages, (Tomorrowland in Belgium, TomorrowWorld in the USA, Ultra Music Festival South Korea, Sunburn Festival in India, PACHA Capetown, in Concert, and ’s radio show), he matches this hustle with a garnering of over 25,000,000 streams through releases on Spinnin Records, Ultra Records, and others. With an extensive touring log and an even more impressive streaming catalog, Kenn Colt is really crushing it as of late. Check out a quote from him on the release below and under that stream “Damn Right”, enjoy!

“People are already talking about the ‘Kenn Colt vibe’ when they hear a song passing by or streaming, and that gives me great pleasure. Recognizable elements creep into every track I make that characterize me. Feel free to call it my musical signature (laughs). Since I live in Valencia, I have peace and my creativity and energy arrow got a huge boost. The heat and the sun make me want to make music even more. Now that vaccination is going in the right direction and more will be opened soon, we can gradually look forward to new DJ sets. Yes, I missed the clubs and festivals incredibly. I only have good memories of my journeys to Tomorrowland, the Indian Sunburn Festival and the South Korean Ultra Music Festival. Let’s say there’s a very good chance that I’ll be playing again at Tomorrowland at the end of August (laughs). That would be really cool indeed!” – Kenn Colt