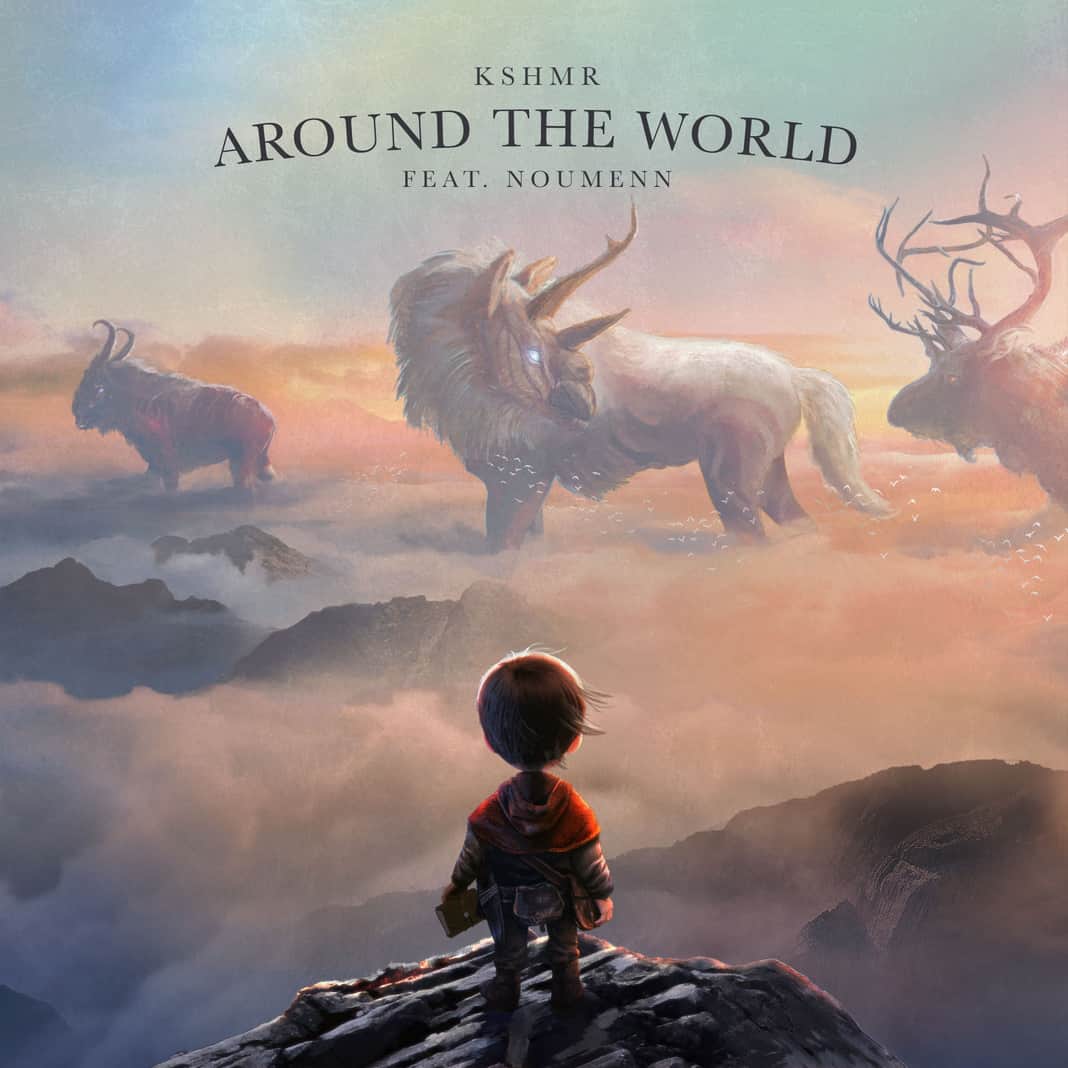 Possessing bags of feelgood, ethereal dance energy, ‘Around The World’ is a cinematic maelstrom of soaring vocals, bold bass, and life-affirming drops. The track is ’s second single release of the new year, following ‘The World We Left Behind’ featuring long-term collaborator KARRA. Described as an “expertly executed worldly tune” by edm.com, it marked the first single from his forthcoming debut album Harmonica Andromeda.

“For me this song walks a wonderful line of being uplifting while having a message,” KSHMR explains. “The vocal isn’t too preachy but a good reminder to be thoughtful and care for the world around us. Very grateful to NOUMENN for doing this with me.”

He also recently launched the creative side project Dreamz and debuted Dharma Studio, a new music production education platform aiming to help producers of all levels find their way in the dance music world.

Collaborating with The Far East Movement and Dev, KSHMR’s biggest commercial success came in 2010 as part of the production duo The Cataracs, with the smash hit ‘Like A G6’ spending three weeks at #1 on the US Billboard Hot 100. As a solo artist, he is best known for ‘Secrets’, the huge 2015 collaboration with that has racked up over 200 million Spotify streams to date. He has since produced a wealth of hit tracks, such as ‘Megalodon’, ‘Burn’, ‘Karate’ and ‘Wildcard’.

A relative newcomer on the scene, NOUMENN’s previous output includes singles ‘Birthday’ and ‘Tokyo’, both released on the SMART label. He also dropped a remix of the Adele smash ‘Hello’ on his Facebook page last year.

‘Around The World’ sees one of EDM’s most prolific talents kick off the new year with the same energy that he finished the last.