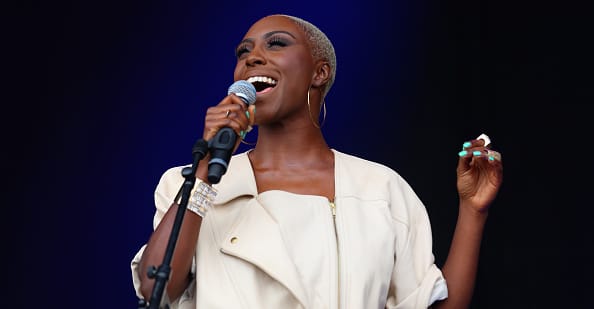 Singer Laura Mvula announced the release of her upcoming album, The Pink Room, on Wednesday. Set to drop on July 2, the release will serve as Mvula’s first full-length project since her 2016 album The Dreaming Room.

Of the project, Mvula says it was the album she “always wanted to make,” and detailed its heavy 80s inspirations. “Every corner is made warm with sunset tones of the ’80s. I absorbed the dynamism of the ’80s aesthetic right from my first moments on this planet,” the singer said in a press release. “Making Pink Noise felt like the most violent of emotional wrestling matches. It took three years of waiting and waiting and fighting and dying and nothingness and then finally an explosion of sound.”

Along with the announcement, the singer also shared its first single “Church Girl,” a track that sounds every bit the mid-80s pop jam Mvula likely intended. “For so long, I identified as the things that happen in my life, the things I do, good or bad. I’m letting go of this mind-made “me.” I’m coming home to myself beyond the realm of form,” she says of the story behind the track.