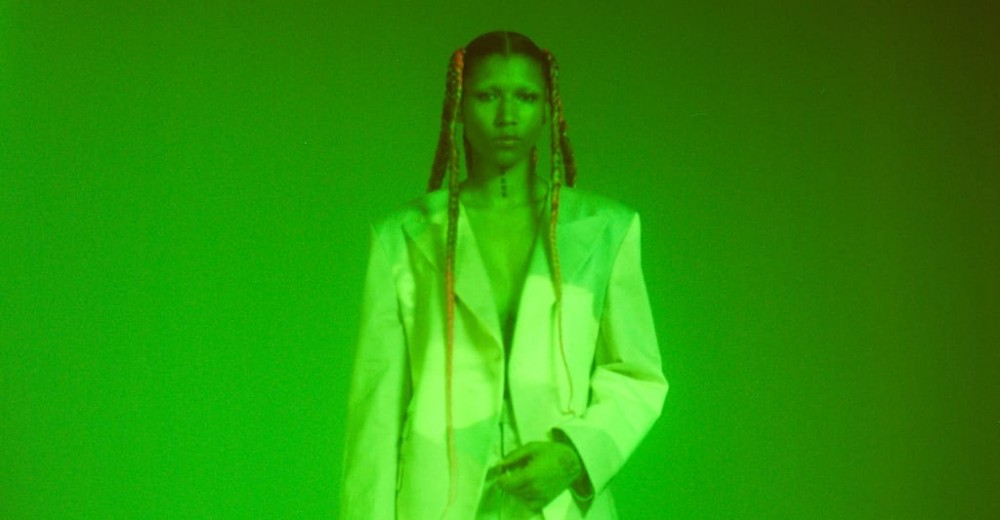 The song will appear on La Rue’s upcoming mixtape Butter-Fly and follows on from recent Clairo-collaboration “G.O.Y.D.” This time out she teamed with Deb Never who adds a dreamy, romantic verse to the track.

Speaking to The FADER via email, Lava La Rue said: “‘Angel’ was a product of me and my friend Isom Inis (of Foster The People) meeting each other in downtown LA and fusing some west coast acid rock with a bit of west London R’nB.

We made the whole song from scratch in a day, he’s a wizard on the synth and I was jamming on guitar. Lyrically I started writing about this girl I was falling for and realised how most contemporary queer pop songs have quite a 2010s sound to it and I’d love to make a queer love song that had a 80s psychedelic pop formula to it. So I started rapping on the intro Talking Heads style. Then the second time I came to LA to finish little touches on the song I got super close with Deb Never. Lockdown happened and then she moved to 2 minutes from me in west London to finish her project and we started having hilarious adventures together. So it all organically clicked together for her to hop on the song as a feature too.”

Lava La Rue’s Butter-Fly EP is out on January 29 via Marathon Records.