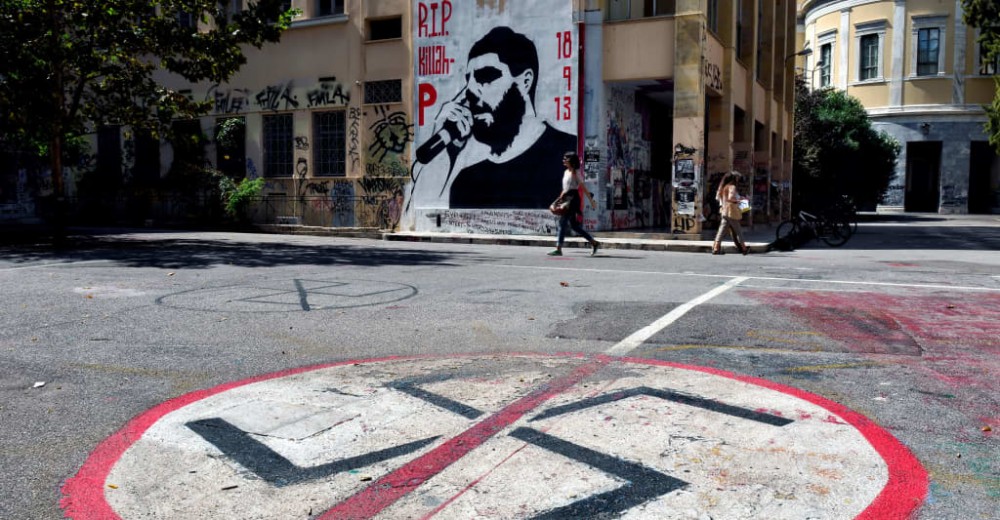 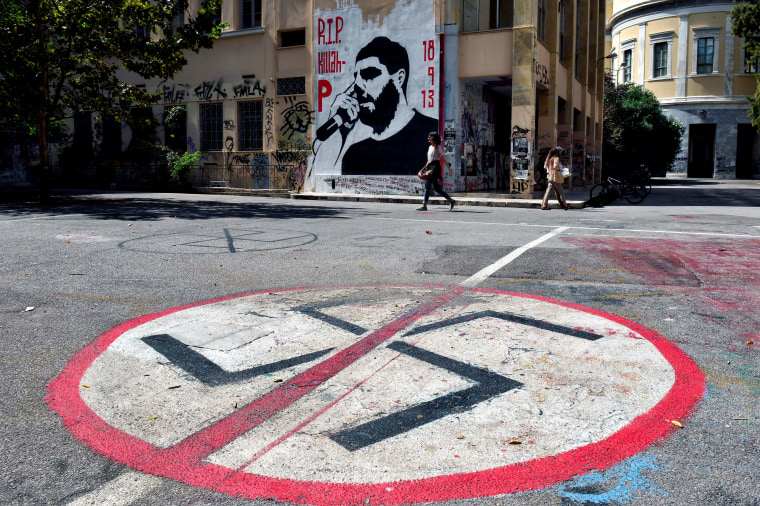 Nikos Michaloliakos, the leader of the Greek fascist party Golden Dawn, was convicted Wednesday in an Athens court of running a criminal group. The verdict is the culmination of events that began on September 18, 2013, when anti-fascist rapper Pavlos Fyssas a.k.a. Killah P was murdered by a group of Golden Dawn supporters. Giorgos Roupakias confessed to the crime and faces a life sentence. Roupakias and 15 other individuals were convicted of conspiracy in the death of Fyssas.

The murder of Fyssas sparked protests in Greece against Golden Dawn, which had 18 seats in parliament following the 2012 elections. The trial lasted over five years and spanned 68 defendants, and its verdict on Wednesday attracted over 10,000 anti-racist protestors to the courthouse, according to reports.

Pavlos’s mother Magda Fyssas celebrated the verdict, shouting “My Pavlos defeated them alone!” as it was read. Golden Dawn leader Michaloliakos has denied any knowledge of or connection to Fyssas’s murder and faces five to 15 years in prison.

Prime Minister Kyriakos Mitsotakis celebrated the verdict. “Democracy won today,” he said. “It is up to us that it wins every day.”