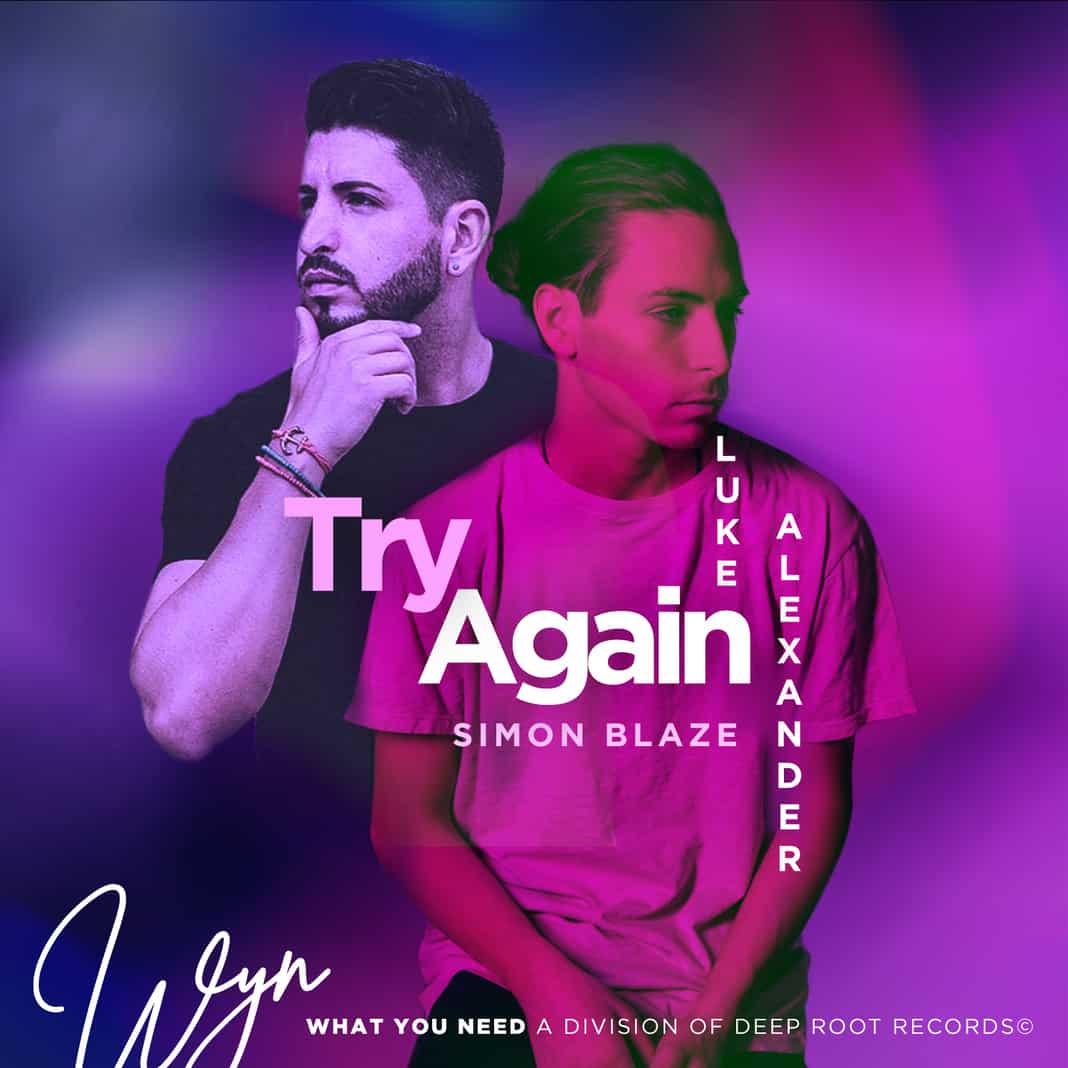 Multi-talented DJ and producer, Luke Alexander has been making quite a name for himself within the electronic dance music community, with his first major release titled, “Try Again”, a collaboration with Simon Blaze via What You Need, a division of Deep Root Records.

Originally made famous by the late, great, Aalyiah, “Try Again” was included on her 2000 album Romeo Must Die. Bringing a newfound energy to the classic 2000s anthem, Luke Alexander, along with Simon Blaze, deliver a stunning interpretation. Certain to have listeners moving from their first listen, this timeless rendition from the pair will be on repeat for weeks to come. Packing the perfect amount of energy, Luke Alexander & Simon Blaze’s variation of “Try Again”

Hailing from NYC, Luke Alexander has been leaving his mark on the club scene for years. Performing shows across the country, from New York to Miami, Luke has been behind the decks at prominent spots like Big Apple hotspots Marquee New York, Schimanski, Webster Hall, and Pacha, as well as South Beach staples Story, Rockwell, Mokai, and Heart — just to name a few. Luke has also already received support and praise from some of dance music’s biggest names, including Zedd, Kaskade, deadmau5, and , among others.

“When I think of some of the songs on my personal soundtrack growing up, ‘Try Again’ was definitely high on that list. I’m beyond thrilled to rework such a legendary track with someone as talented as Simon Blaze. I’m stoked with the result and happy to finally be able to share it with you all!” — Luke Alexander

Versatility is at the center of DJ Luke Alexander’s sound, the chameleonic nature of which has allowed him to command an energetic presence in nightclubs around the nation.

Wielding an open format electronic approach, Luke Alexander, born and raised in New York, cut his teeth in the city’s inimitable nightlife scene, where he juggled residencies at Playboy Club, Space Ibiza, and Highline Ballroom. In the time since, Luke Alexander has brought his dynamic approach to other reputed New York venues, including ​Marquee​, Schimanski​, ​Up&Down​, P​acha​, and ​Webster Hall​, among others. Buoyed by high-octane Technics that serve as an evergreen invitation to the dance floor, Luke’s big room, progressive house, and tech house traversing style has propelled him beyond New York’s state lines to repeatedly secure him headlining slots at Miami’s ​Rockwell​, ​Story​, Mokai​, and ​Heart​ nightclubs.

Luke Alexander’s steady ascendance has been apparent to not only the crowds clustered on the dance floors that he’s commanded across the nation, but also to esteemed acts in the electronic circuit. The New York native’s live dexterity and refusal to work within one electronic sub-genre has earned him recognition from the various veteran DJs that he’s supported, including ​Zedd​, K​askade​, d​eadmau5​, ​Dillon Francis​, and ​Afrojack​.

When DJ Luke Alexander steps behind the decks, his silhouette holds the promise of a set that will keep those in attendance moving. His acute ability to read his crowd has earned him acclaim in the modern dance context, allowing him to sell out shows at venues across the East Coast. A household name in New York and Miami nightlife, Luke Alexander has also gained notoriety in the collegiate event circuit. His track record boasts three sold-out college tours hosted by two of the nation’s top brands, ​Bangerbuddy​ and ​I’m Shmacked.​

With a long roster of live experience that continues to expand, Luke Alexander will accompany his slate of 2020 bookings with debut original releases as well as remixes. To date, Luke’s re-imaginative endeavors have been a driving force behind his steady ascendance to electronic prominence. The producer stands behind two official remixes for , distributed via ​Armada Music​ and ​Alt Vision/Casablanca Records​, two reworks of ’ “Young” and “Sick Boy,” and a tech house take on Megan Thee Stallion’s “Savage.”