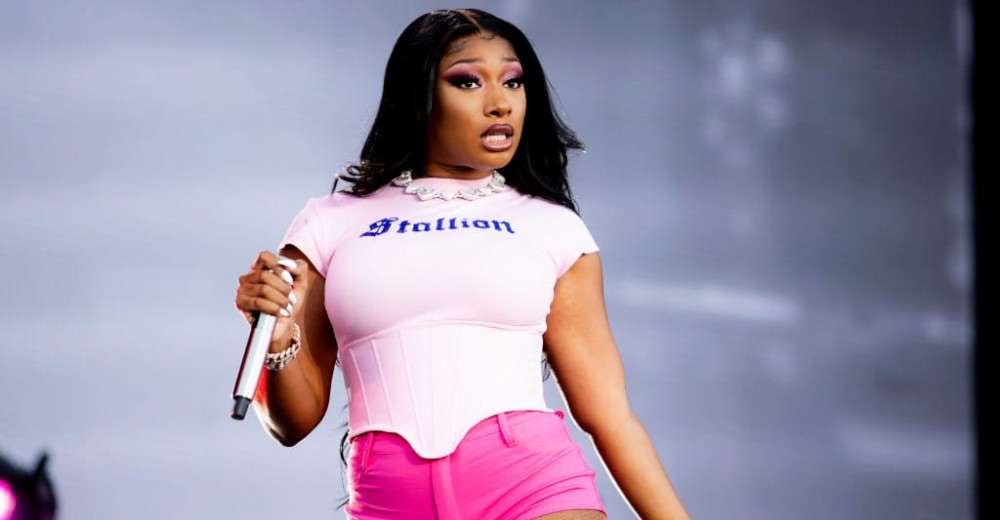 Megan Thee Stallion will release a compilation of freestyles and unreleased material next week (Friday October 29). Something For Thee Hotties was announced by Meg on Instagram as “freestyles y’all been asking for plus a few unreleased songs from my archives to hold y’all over for the rest of the year 😈.”

In addition to the compilation news, Meg is also featured on DJ Snake’s new song “SG.” She lines up alongside fellow guest stars Ozuna and BLACKPINK’s Lisa. The track comes with a video by Colin Tilley, who previously directed the “WAP” video among many others. Check that out below.

Recent Megan Thee Stallion freestyles include “Tuned In” and “Outta Town.” 2021 has also brought the release of “Thot Shit,” plus remixes of Ariana Grande’s “34+35” and BTS’ “Butter.” Megan Thee Stallion’s most recent mixtape, Fever, dropped in 2019. Since then she has released Suga and her debut album 2020 Good News.