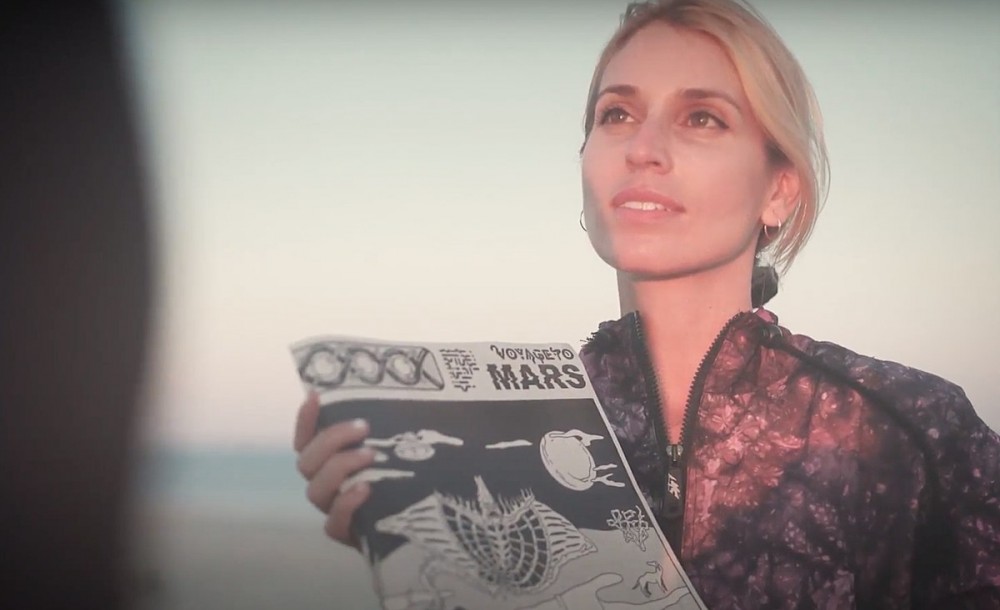 Montreal’s MUNYA follows up her lilting and romantic French-pop dream “Pour Toi” with a straight dream-funk summer groove, taken from her exquisite, just-announced debut album Voyage to Mars, coming November 5th on Luminelle, with a vinyl release to follow in early 2022. Check the “Cocoa Beach” vid, directed by MUNYA + Ashley Benzwie, and behold the glorious Voyage to Mars cover art, below.