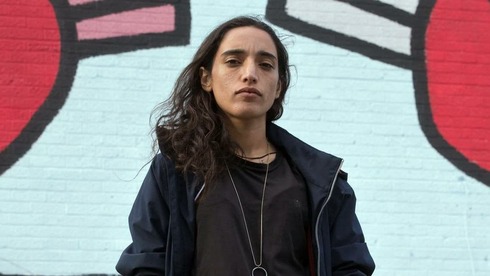 Straight out from a movie. A horror one., a known Palestinian DJ and deemed as one of the pioneers of the Techno genre inside her country, and the whole region was arrested for playing a party near a religious shrine. The ‘Nabi Musa’ shrine, where, according to the Muslim religion rest the remains of the prophet Moses held this event, which was suddenly stopped by an angry mob. Now, thousands are calling for the DJ’s release, as the event’s organizers claim to have obtained the necessary permits to celebrate the party from the government.

According to the Prime Minister of Palestine, an investigation is being conducted in order to determine if the permits were indeed granted. I mean, okay? You don’t know if your own government-issued documents for an event that would take place on one of the most important religious shrines in your country? Way to go. Then, the Minister of Religious Affairs, Hussam Abu al-Rub, called the party “obscene” and declared:

“We will not be silent and we will prosecute anyone who took part in it,”

Well, that doesn’t sound tyrannical nor authoritarian, does it? SMH

On accounts of “offending religion”, Sama’s arrest has been extended to 15 days. Their defenders, -who have declared that in the first place the event didn’t even take place inside the shrine- are now arguing that Sama is being made a scapegoat for crimes she did not commit. The fact that the event was fully authorized by the Palestinian Ministry of Tourism makes the whole thing even worse. If there’s proof, this shouldn’t even be a discussion. And even then, there are clear intentions of using the DJ, who did not organize the event (I thought this was common knowledge by the way, but apparently isn’t) as a scapegoat. A complete shitshow.

You can sign a petition demanding the liberation of Abdulhadi, which, obviously, I urge you to do here. Sama’, deemed as the first female DJ from Palestine has influenced the late techno culture in a big way, and, legal or not, she is not to blame for the party. More so, how uninformed do you have to be to need 15 days (the time of her arrest) to determine if you did or did not authorize a party? What kind of circus government are you running in there?! And if it was illegal, how did it slip right under your nose?! A huge event, in one of your most important shrines? Are you that incompetent? Or are you just a government full of idiots? End Sama’ Abdulhadi’s arrest now.

And I get it, religion is important. I am religious myself. And maybe I wouldn’t enjoy a techno party taking place inside a church. But you’ll never see me marching up there and breaking up stuff and burning things. That is wrong and barbaric. Hitting other people because they are throwing a party? Seriously? What century is this?

You can read all the information on the thread below so that you can make an opinion for yourselves. Here at EDMTunes, we hope for Sama’s quick release, and for justice to be shown at least once in Palestine.