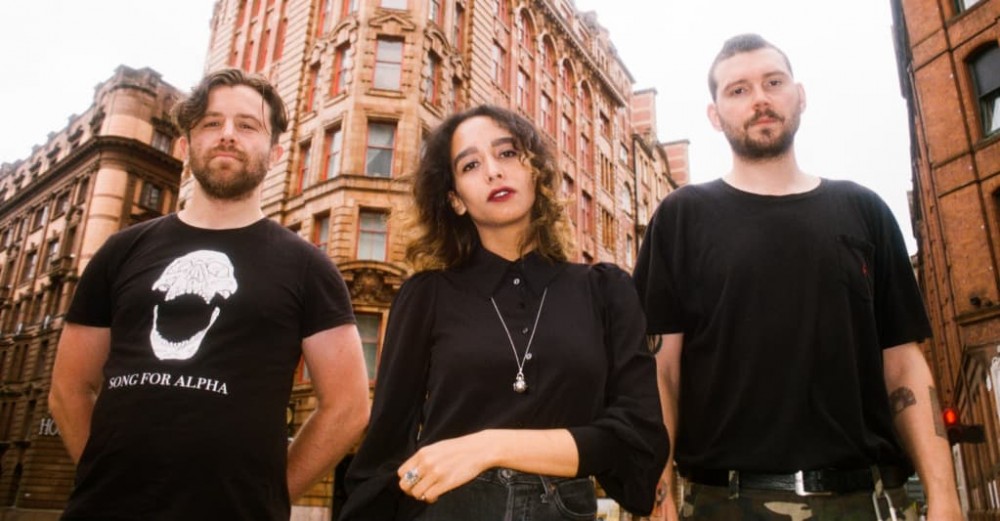 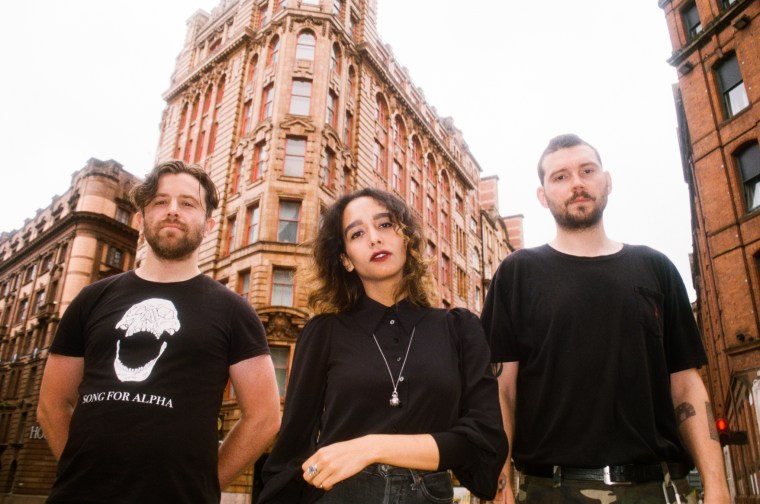 One of the biggest stories to come out of the gaming world last year was the disastrous rollout of Cyberpunk 2077. The hugely-anticipated game was expected to be a huge hit, both critically and commerically, but gamers began reporting bizarre glitches such as cars randomly turning into soda machines and eventually developers CD Projekt took the game off the market until it was fixed.

Where Cyberpunk 2077 failed, Manchester-based trio Gary, Indiana thrive. Their new video, premiering below, is inspired, in part, by those weird moments in gaming where the graphics freak out and do something unexpected. Directed by the band’s Scott Fair, the result is a raw and unfiltered animation filled with warped faces, unexpected shapes, and unique landscapes.

These visuals provide an appropriate backdrop for the band’s jagged and experimental sound. “Alien 3” begins with a marching band-style beat that intensifies as it progresses, providing an ominous backdrop for frontperson Valentine Caulfield’s dissasociated vocals. Delivered in her native French, Caulfield adds an extra layer of texture to the band’s gnarly sound, formed in Manchester’s DIY punk scene.

Speaking about the new track, the band said “‘Alien 3’ is a dark tale of violence, defiance and rebellion. The words, almost whispered and monotone, are a declaration of power: I know what you’re doing, the victim says; but I won’t be on my knees anymore.”

On the visuals, Fair added: “I saw a clip of the video game Mosh Pit Simulator a while back and found it to be both very disturbing and very funny, and I loved that reaction so that was a jumping off point for the ‘Alien 3’ video. I used free software called Blender to make most of the animations, it’s all completely new to me so I was like a kid in a sweet shop wanting to try everything and having fun with it. The other major component of the video is computer game glitches. Some true abominations are created when computer games go wrong and it’s utterly captivating.”