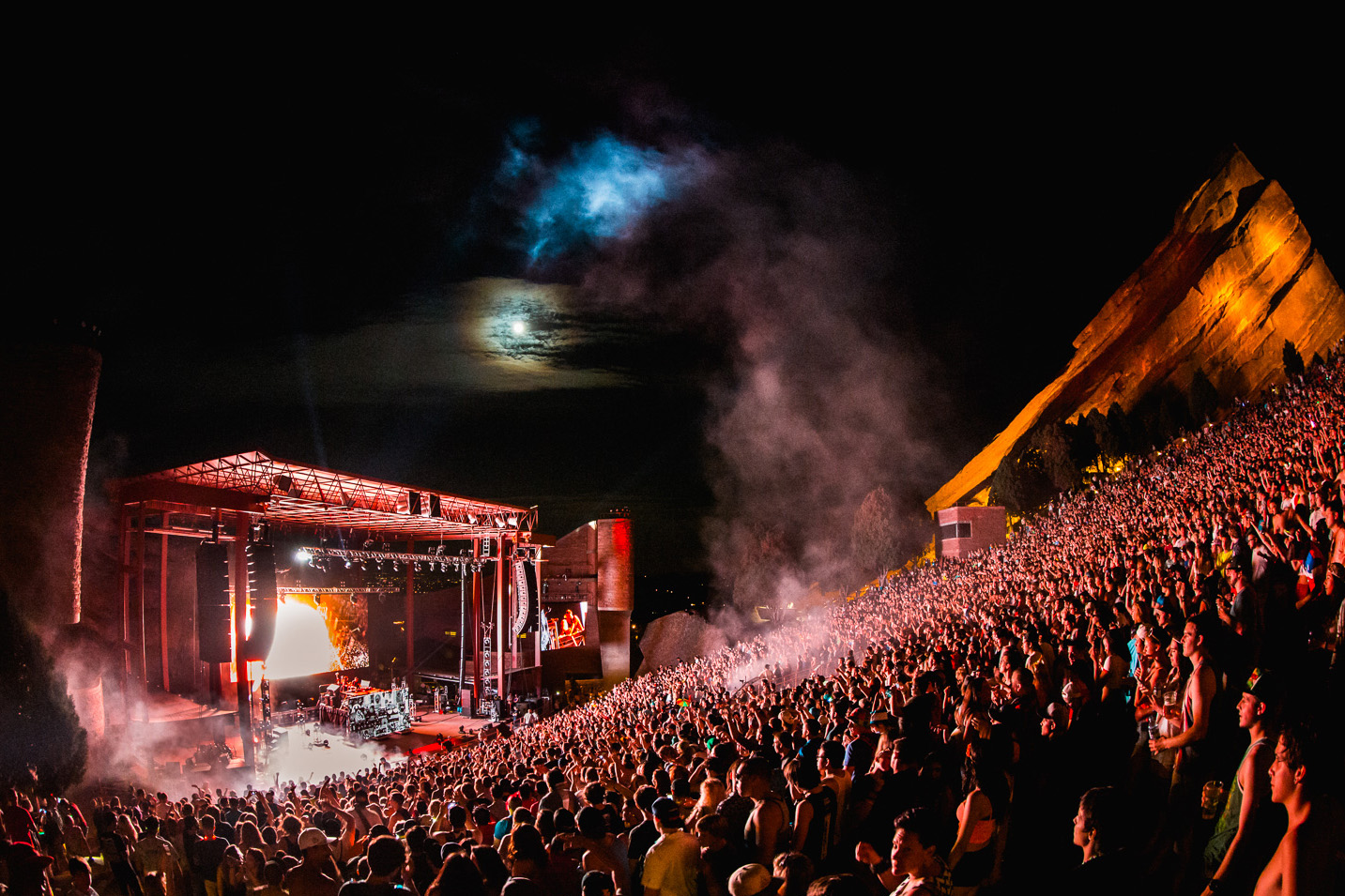 that Red Rocks Amphitheatre invited attendees located behind the 40th row (there are 70) to bring their own headphones and connect to an app to get sound fed directly to them from the soundboard. The goal was to introduce Mixhalo‘s technology to the legendary venue. There were also rumors that a lower decibel limit has been set by the county of Red Rocks. As you all saw on social media, the reaction was not very good. In fact, it led to a petition on Change.org, in order to eradicate the decibel limit. This is where we stood until yesterday.

Red Rocks released a statement addressing the current saga. The group assured the fans that the amphitheater has the same sound limit since 2016. Therefore, there have been no changes despite the introduction of Mixhalo. Red Rocks reiterated that chatters online that suggest that sound somehow changes annually are completely false.

Red Rocks also explained the thought process behind the introduction of Mixhalo. They said that the app was only available for row 40 and above so that it would not interfere with the venue’s bandwidth. For those of you who didn’t know, they tested it for the first time at Kygo‘s show last week.

Red Rocks added that Mixhalo is an optional enhancement to the fan experience. That means that fans in the back will hear the sound just as good as before without headphones. It is worth noting that Mixhalo has more relevance for people who experienced hearing loss.

Red Rocks concluded by saying that other venues like Staples Center in LA already use Mixhalo as part of their shows. They want you to give it a try before judging, especially if you are interested in cool audio tech.