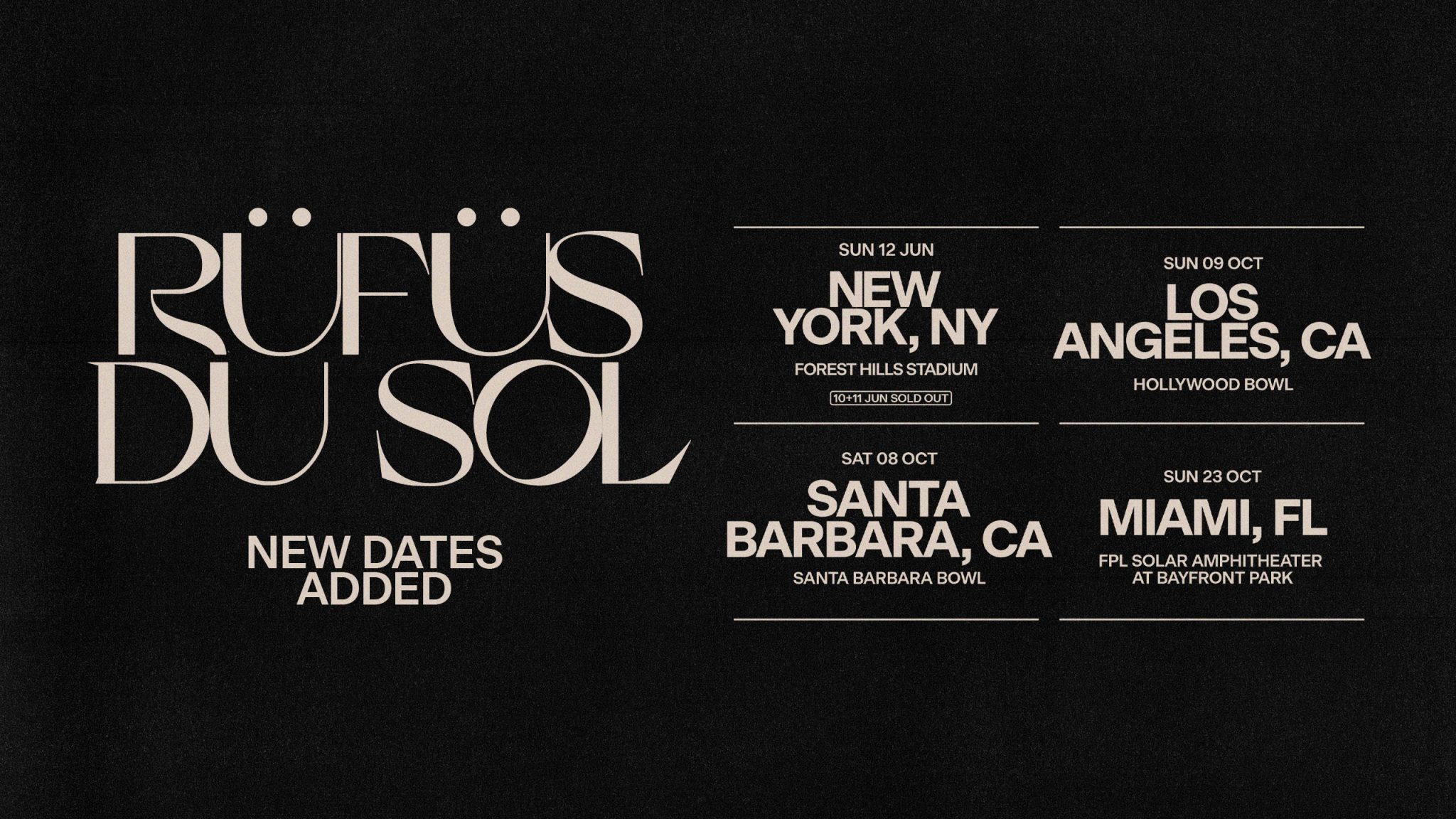 is one of the most in demand musical acts out there right now, and for good reason — they are amazing! For proof of this, check out their stacked discography, listen to a live-set, or watch them perform. This last option, i’d recommend doing live. If this is what you were hoping to do, this option just got a bit easier. I say this, as RÜFÜS DU SOL has just announced added four new stops, to their already stacked .

As of now, RÜFÜS DU SOL’s upcoming ‘Surrender’ tour has sold over 180,000 tickets in North America for 2022 so far. Now, this number is expect to jump even higher, as four new stops have just been added. These stops consist of a Third Night at Forest Hills Stadium, a New Hollywood Bowl show, as well as a new Santa Barbara Bowl, and FPL Solar Amphitheater show as well. I must say, it is a great time to be a RÜFÜS fan.

Tickets for the newly announced shows are set to go on sale this upcoming Thursday, May 5 at 10AM Local Standard Time. Lastly, tickets for entire Surrender Tour, can be found here. In conclusion, the full schedule can be found below, see you there!