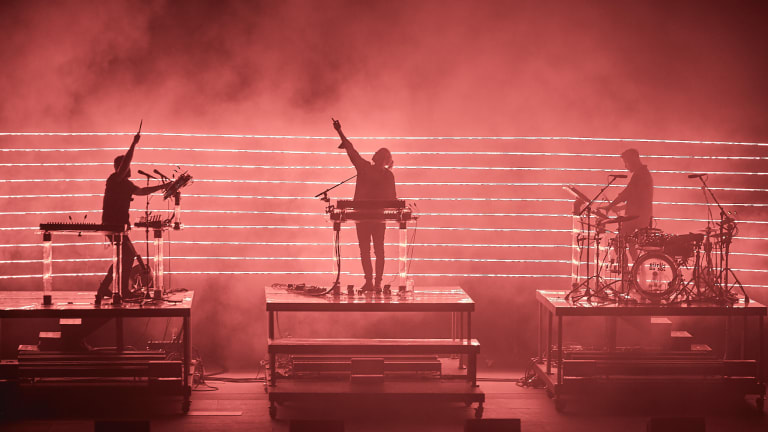 Last night RÜFÜS DU SOL made an appearance on The Late Late Show With James Corden, where they discussed their unique pre- and post-show rituals, their upcoming album, and their experience performing live again after 18 months. You can watch the clip down below:

During the show, James talked with the trio virtually and asked about a release date for their upcoming album, to which they replied “well, we gotta finish it first.” James also asked about their recent experience playing live at Red Rocks Amphitheatre, and the band described it as “surreal” to play a show again after 18 months. And, as if we needed more proof that is one-of-a-kind, the band also divulged to James their pre-and post-show rituals, which involve ice baths and ginger shots.

Finally, James closed out the segment with RÜFÜS DU SOL’s live performance of ‘Alive‘ at Red Rocks, a beautiful moment we got to relive again.