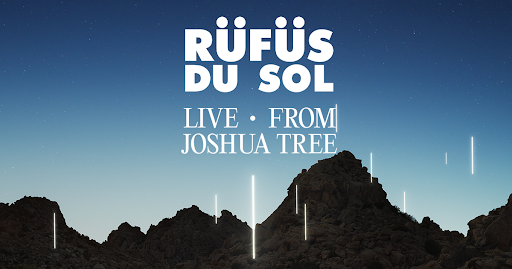 Earlier this year, the Australian wildfires destroyed much of Australia’s landscape and delicate ecosystem. It wasn’t until recently that there’s been success in containing the fires. Now that the situation is getting under control, Australia is looking for more support with rebuilding. In response, RÜFÜS DU SOL and The Chemical Brothers are putting on a charity screening to fundraise for the land down under. For one night, fans in Sydney and Melbourne will be able to watch their live concert films.

Joshua Tree is a special place for RÜFÜS DU SOL – one that the group holds close to their hearts. Their drummer, Josh Hunt, explained the origins of the films:

“We originally planned for it to be a live stream, but as the idea grew and the production got bigger and bigger, it organically morphed into a film.”

Tickets for the screening are now available online.