Samsung's Galaxy S9 Will Be Unveiled Next Month
Written by WinstonBurns Samsung has sent out an announcement teaser for what’s next to come in the android world. Set to take place in the Mobile World Congress, Samsung has hinted that it’s set to unveil to the world the Samsung Galaxy S9. 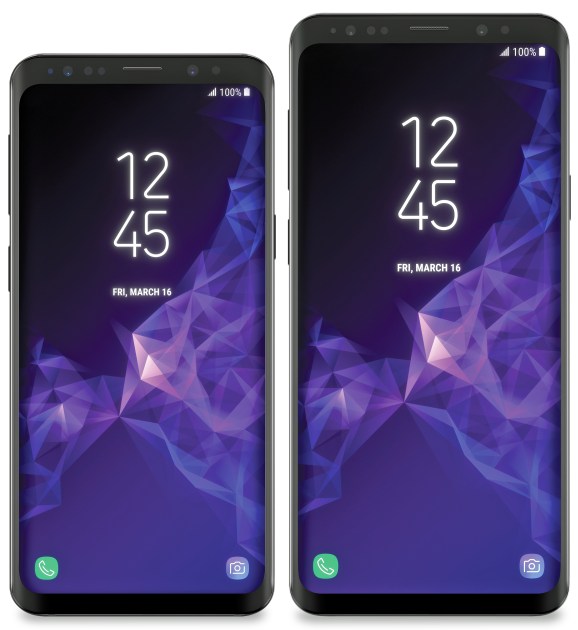 Above are images leaked what is set to be the design the new Samsung Galaxy S9. The display the phone is set to remain the same Infinity Display used on the S8 but the rear the phone has still not yet been seen and thats where most the new changes are expected to be made. Displays are set to use the Super AMOLED panels and are set to measure in at 5.8 inches for the S9 model and 6.2 inches for the S9 Plus.

With the invitation reporting that Samsung has stated that they are set to reimagine the Camera, here’s what we can expect. The camera 12MP sensor is set to feature a “variable aperture” which switches between f/2.4 and f/1.5 & include the ability to shoot “super slow-mo” videos. The Galaxy S9 will feature just one camera sensor, while its big brother counterpart will see a second 12MP added. Another change being reported, The entire camera module itself will be orientated vertically, while Samsung will move the fingerprint scanner to the middle the device, making for a more convenient and natural experience.

Expect for the phone to be covered more in depth once the reveal finally happens on February 25th and the devices to go on sale beginning on March 16th.