Seven Lion’s (real name Jeff Montalvo) Ophelia Records showcase is making another special return to New York City this weekend. After making a triumphant debut back at Electric Zoo in September, fans are ready for round two at Avant Gardner on December 27. Joining Jeff is none other than Jason Ross, MitiS, and Crystal Skies for yet another fantastic label showcase.

Since starting the label back in 2018, Ophelia Records has gone on to become one of the most creative labels around. Initially starting off as a project for Jeff to put his music out there, it’s become so much more in just 2 years. It’s become a platform for other artists that have drawn inspiration from his melodic sound and style.

Jason Ross is someone that needs no introduction. The Anjunabeats star has been known for impressive discography of trance and progressive house music. His melodic masterpieces fit the bill perfectly for when he became a part of the Ophelia lineup. His collabs ‘Ocean’ and ‘The Sirens’ with Seven Lions after a month of the label launch only served to confirm his synergistic styling. Since then, Jason has gone on to become a mainstay on the label with his more recent release being ‘Known You Before’ feat. Emilie Brandt. The track is another masterful collab with Jeff that features a lush soundscape of blooming synths and powerful melodies. It also comes ahead of his 1000 Faces debut album which will be out via Ophelia Records. His 1000 Faces Tour will be his biggest yet and will certainly push him into the spotlight of 2020.

Other rising talent to join the lineup is the duo Crystal Skies. Known for their majestically melodic style, they have been making some huge moves in 2019. With Ophelia as their backbone, they are getting the exposure that they need to share their music to larger audiences. In particular, their encapsulating Constellations EP came out via Ophelia last month. MitiS is another rising star that has seen exponential growth in the past year. Back in October, he brought his ‘new age classical style’ to Ophelia in the form of his Shattered EP.

This is one event that any melodic dubstep enthusiast will not want to miss! Tickets are currently sold out but are available on sites like Stubhub. 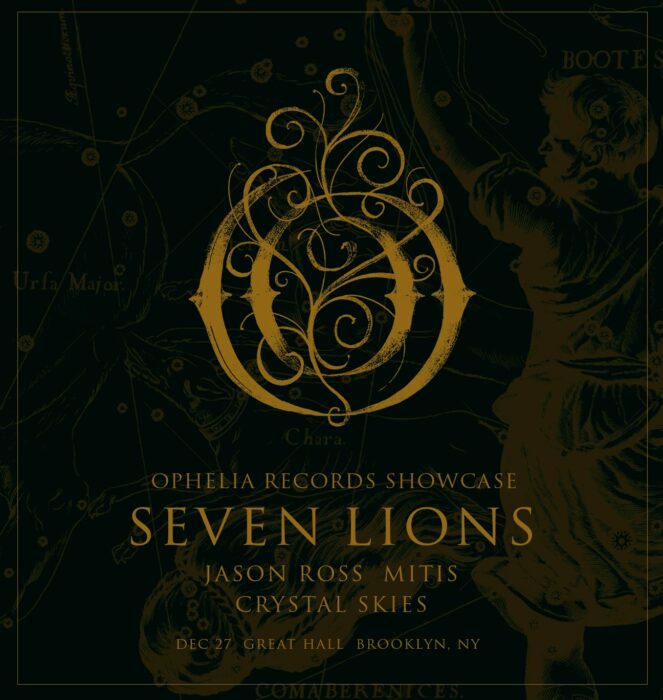