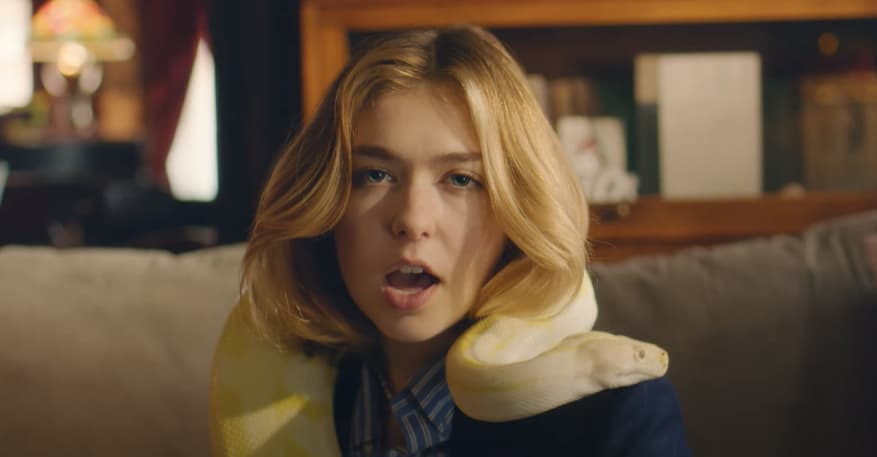 As much as I would have enjoyed seeing Lindsey Jordan in a bald cap and suit flying a kite with a key on it, that’s not what we get from the new Snail Music video for the just-released single “Ben Franklin.” Instead, the indie-rock songwriter and her band lounge around a fancy old house, playing with a Nintendo 64, a huge python, and an adorable puppy that is wearing a shirt. That’s cool too, I guess.

Next to all of this is Jordan’s dancing-alone-in-my-bedroom-style choreography and, of course, a great song that grooves through its malaise. “I wanted to sonically and lyrically get out of my comfort zone with ‘Ben Franklin,'” Jordan wrote in a press statement. “It felt only right that the visual accompaniment should include dancing in front of a camera and holding a 10 foot snake close to my face.”

Snail Mail’s new album Valentine is out November 5 via Matador. Find dates on her upcoming world tour and the album’s title track here.