The RESISTANCE Miami 2018 Lineup Is Now Out!
Written by WinstonBurns RESISTANCE has announced their lineup for Ultra Music Festival 2018 and it is as crazy as everyone expected. Rounding out the top are the usual superstars Carl Cox, Adam Beyer and Maceo Plex. Supported by the Techno scenes hottest DJ’s like Josh Wink, Hot Since 82, Chris Liebing and many more.

All artists will be spread over 2 stages at Ultra, the Carl Cox MegaStructure and the RESISTANCE Arcadia Spider. This year UMF takes place March 23rd, 24th and 25th and is Ultras 20th anniversary so it is sure to be a special celebration for their 2 decades festivals. UMF is known for always bringing a deep and talented Techno lineup to their festival every year and this year is no different. Bringing back the legends Sasha and Digweed was a no brainer after they reunited at UMF 2017. For now you will have to wait until March to get your dancing shoes on. 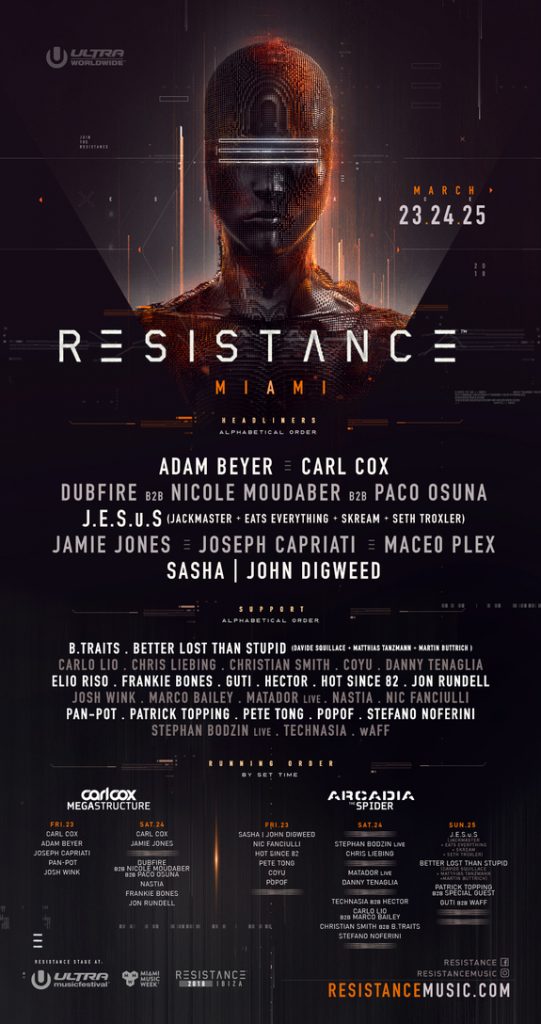