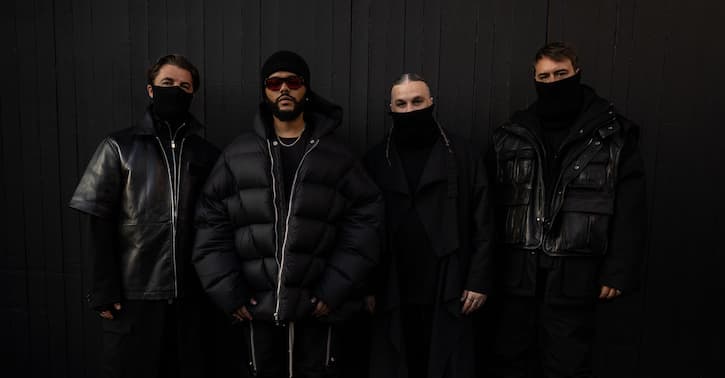 The Weeknd is the guest vocalist on a new song from Swedish House Mafia. “Moth to a Flame” is the name of their collaboration. Check out the music video, directed by Alexander Wessely, above.

“Moth To A Flame” marks the first time The Weeknd has worked with Swedish House Mafia. The electronic music trio, made up of Axwell, Steve Angello, and Sebastian Ingrosso, returned with new music this summer, their first since splitting in 2013. “It Gets Better” and “Lifetime (feat. Ty Dolla $ign & 070 Shake)” both arrived in July. An album, Paradise Again, is due in 2022.

In addition to new music, Swedish House Mafia have also confirmed a huge raft of live dates for next year. The group will head out on the global tour after appearing at the 2022 edition of Coachella. See below for their full schedule.

The Weeknd has recently been teasing a new era of his solo career and is also moving into TV with an acting/ producing role in an upcoming series created alongside Euphoria‘s Sam Levinson.