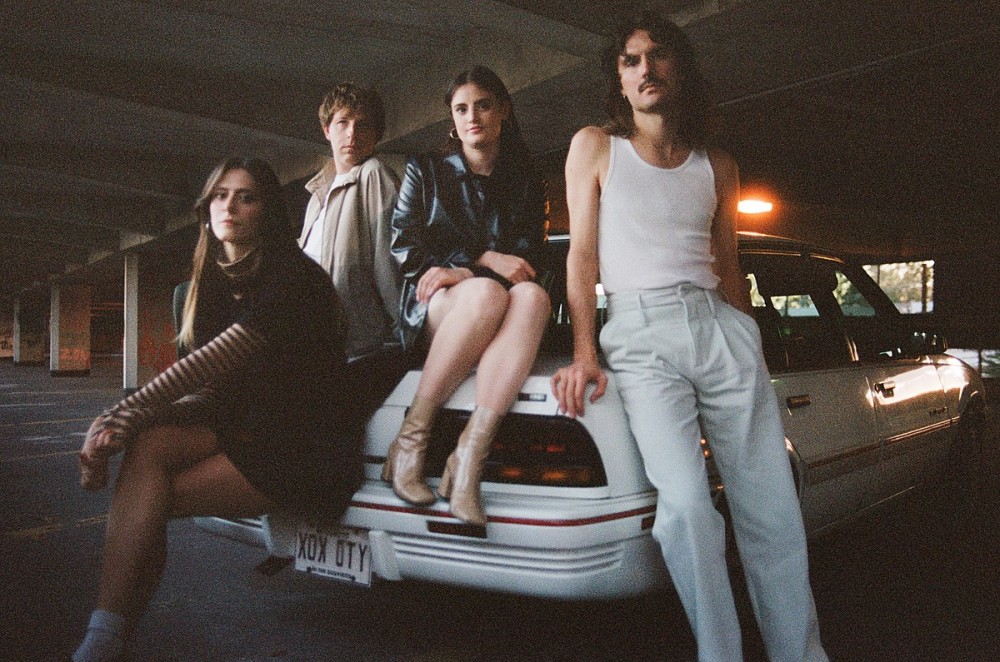 Montreal’s TOPS drop a breezy new track from the road (the first leg of their current, sprawling North American fall tour). Singer Jane Penny says that she wrote “Waiting” as a “tribute to the early days of TOPS and the romanticized version that I have of those times, but it became an exploration of the effect of time in general,” adding, “When I think back on my life, where am I?” Listen below: