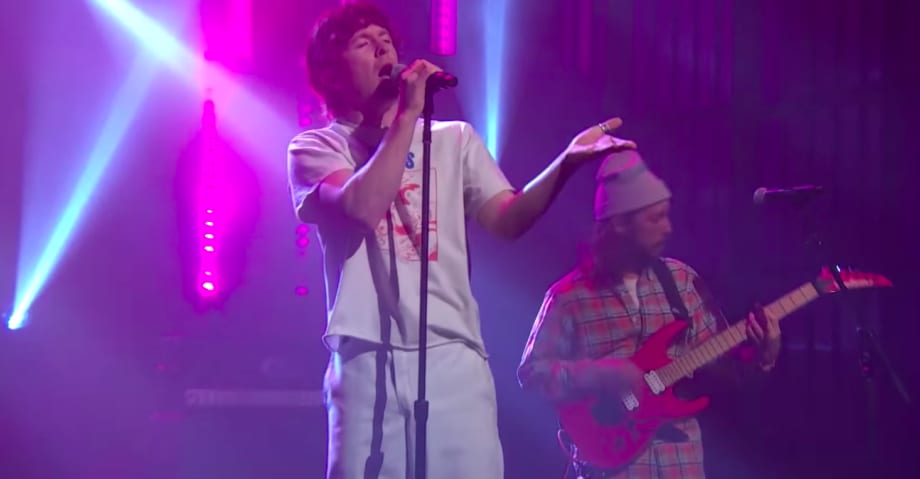 Turnstile made their TV debut last night, performing “Mystery” and “T.L.C. (Turnstile Love Connection)” on Late Night With Seth Meyers. “Mystery” is the opener of their third studio LP — and our 14th favorite album of 2021 — August’s Glow On. “T.L.C.” is from later on the album. Lead singer Brendan Yates spoke to The FADER about the isolation that inspired the record shortly after its release. And last month, the Baltimore band announced the Turnstile Love Connection North American tour, which kicks off on the west coast in February.

Formed in 2010, Turnstile has long been a cult favorite, beloved especially by younger hardcore heads for bringing an omnivorous sonic palate and a refreshingly un-self-serious energy to the form. Most fans did not have a late-night television appearance on the band’s 2021 bingo card, but Glow On launched them into mainstream awareness, allowing them to bring their riveting live show to the public eye.

On Seth Meyers, they tear through the two tracks in 30 seconds less than their combined run time on the album, never stopping for a moment to catch their collective breath. Watch the set above and view Turnstile’s upcoming tour dates below.