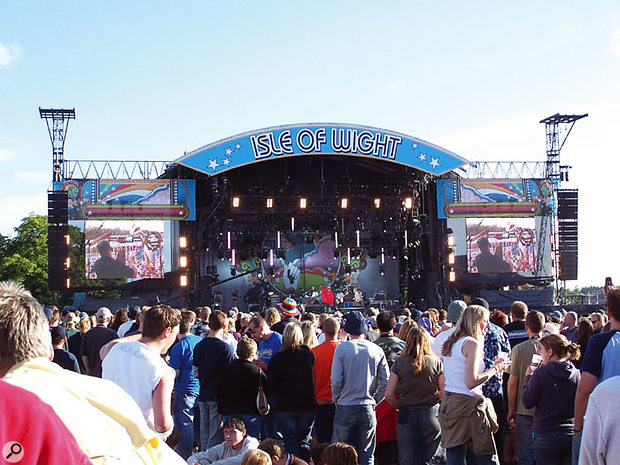 Amid the uncertainties of the pandemic is one known—festivals are not coming back until enough people get the coronavirus vaccine. A promoter of the Isle of Wight Festival in the United Kingdom has come up with a plan to speed things along. John Giddings tweeted his idea at UK Prime Minister Boris Johnson on Tuesday.

“We are the music business—we have thousands of skilled people capable of running events and empty theatres/clubs/arena,” Giddings wrote to Johnson. “Give us the vaccines and we will work 24 hours a day to sort it?”

The idea makes a lot of sense—music industry staff are virtually out of work until live events return. And that won’t happen until people are vaccinated. Live event crews can coordinate and run massive shows in short time frames. Undoubtedly, they are more than capable of staging vaccine stations at empty venues.

Giddings, the managing director of Solo Music Agency, elaborated on his idea to NME on Wednesday.

“I was lying in bed last night thinking: ‘Fuck all of this for a game of soldiers—why don’t I do something as opposed to waiting for people to tell me what to do?,’” Giddings explained. “I sent out a tweet saying that I’ve got thousands of people who know what they’re doing and hundreds of empty venues and it’s created a snowstorm.”

Giddings is not confident the vaccine rollout will happen soon enough for festivals to return.

“It’s a very selfish thing—I want to make the Isle Of Wight Festival happen,” he said, referring to the rock and pop event that typically takes place in June. “The only way it will happen is if we get enough people vaccinated and we’re capable of doing a test very quickly.”

Earlier this week, promoters told the Department of Culture, Media and Sport select committee government that this as early as this month if they did not get government support. The promoters said they also needed assurances around the Covid-19 vaccine and mass testing.