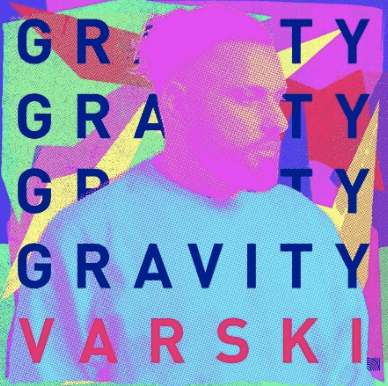 British-Asian DJ and producer Varski once again shines bright with his fresh dance sound on ‘Gravity’ This new single is the second of multi-part deal with New State Music comes amidst a 20-date 2021 UK tour and after Varski rose to prominence as the host of Club MTV’s Dance Show and festival series. This fantastic new single is sure to keep building momentum behind Varski, who is undoubtedly one of 2021’s most prominent artists.

2021 is proving to be Varski’s biggest year to date, yet he’s been making moves for almost a decade. With famous charm and charisma to spare, the lovable character hosted the Dance Show on Club MTV in 2017 and went on to open the MTV EMAs, but these days he is deeply immersed in the studio. In the past, Varski’s tracks were defined by their big bass, producing alongside Proper Tings and Eddie Craig, and releasing his first major track ‘Jeddah’ on Macky Gee’s label Down 2 Earth Musik.

These days he has a slick, contemporary dance sound full of lush hooks, bright synths and irresistible basslines, all of which play out in his latest single. Says Varski of his latest release,”The past 16 months has really taken its toll on everyone all over the world. With “Gravity” and my new sound in general, I wanted to focus on sending out positive messages and make people feel good – life is love. “Gravity” came about really quickly once I heard the vocals by Vesa. I knew exactly where I wanted to take the track production-wise. Drawing back on my main goals to send positive vibes, I was really inspired by Ibiza pool parties with this track, hence the violins. It just reminds me of sitting on a sun bed with a Coke Zero (I don’t really drink alcohol lol) after taking 50 selfies with Wayne Lineker and vibing to the DJ and a violinist – “Gravity” takes me back there.” – Varski