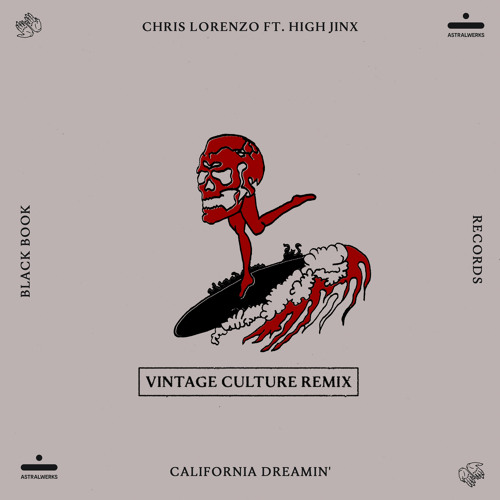 Vintage Culture is giving his fans all they want and more. Chris Lorenzo and High Jinx’s ‘California Dreamin’ took over Summer 2021. The Brazilian DJ put his signature twist on the song originally from 1966. The remix release comes just weeks after his anticipated track with James Hype ‘You Give Me A Feeling.’ House Music is having itself quite a November.

The track begins in a similar fashion to Chris Lorenzo and High Jinx. The Mamas & the Papas vocals control our hearts. However, Vintage Culture (Lukas Rafael Ruiz Hespanhol) works into a build much quicker rather than letting the vocals go. The drop will get your feet moving. Ear candy is filled throughout with bass punches hitting our chest. The 2nd drop is ridiculous. Energy peaks here with synth galore to close the track. You are going to want to listen to the whole thing and replay it for sure. Lukas had this to say about the track:

“Chris Lorenzo’s new track ‘California Dreamin’ is on fire! My intention is to throw gasoline on the fire…. thrilled to remix the song!”

Vintage Culture is currently on tour which you can check out here. Make sure to check out his remix of ‘California Dreamin’ below!