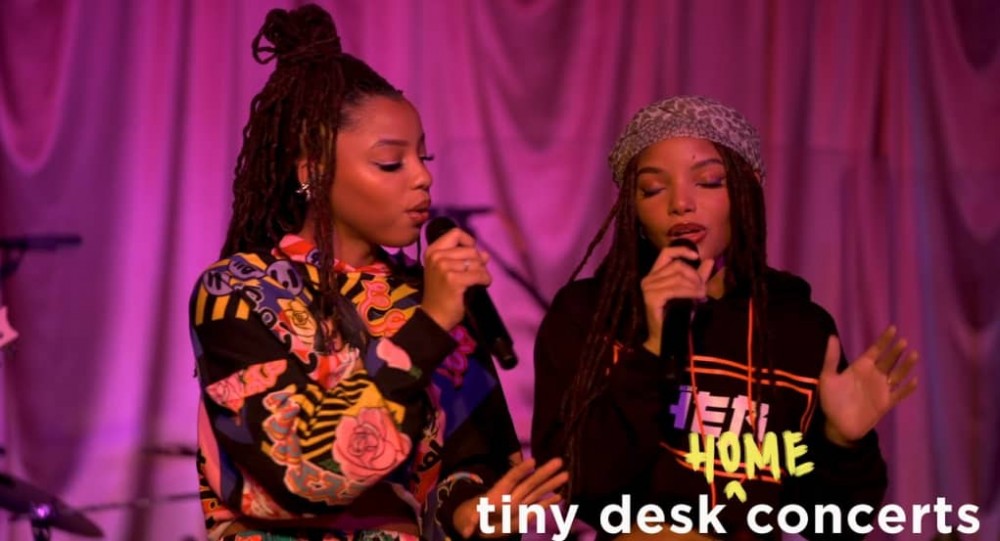 Chloe x Halle have shared some impressive virtual performances over the last few months, this time performing from a small, intimate studio stage for their Tiny Desk (Home) Concert for NPR. Performing songs from their Grammy-nominated album Ungodly Hour, the duo sang atop a table flanked by an all-female band, swapping on lead vocals and perfectly blended harmonies.

Kicking off with “Don’t Make It Harder on Me,” Chloe offered some context before leading into “Baby Girl.” “I know this year 2020 has been absolutely bonkers for all of us. For those moments where you kinda feel less than and you’re not good enough,” the singer said. That’s why we wrote this song…Whatever happens, we’ll be OK. And this is our world.” From there, the pair performed the album’s lead single “Do It,” before closing with its title track and “Wonder What She Thinks of Me.”