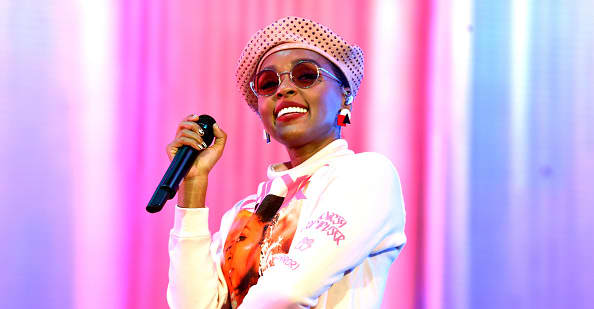 The performance sees a newly-blonde Monáe playing guitar and rapping through the protest cut’s syncopated delivery in an industrial soundstage. “We’re in the middle of a revolution right now. Shout out to Stacey Abrams,” she said, referring to the former Georgia gubernatorial candidate before diving into her performance. The song appears on the official soundtrack for Amazon’s documentary All In: The Fight for Democracy, which prominently features Abrams. The tack also serves as the singer’s first release since her 2018 album Dirty Computer.