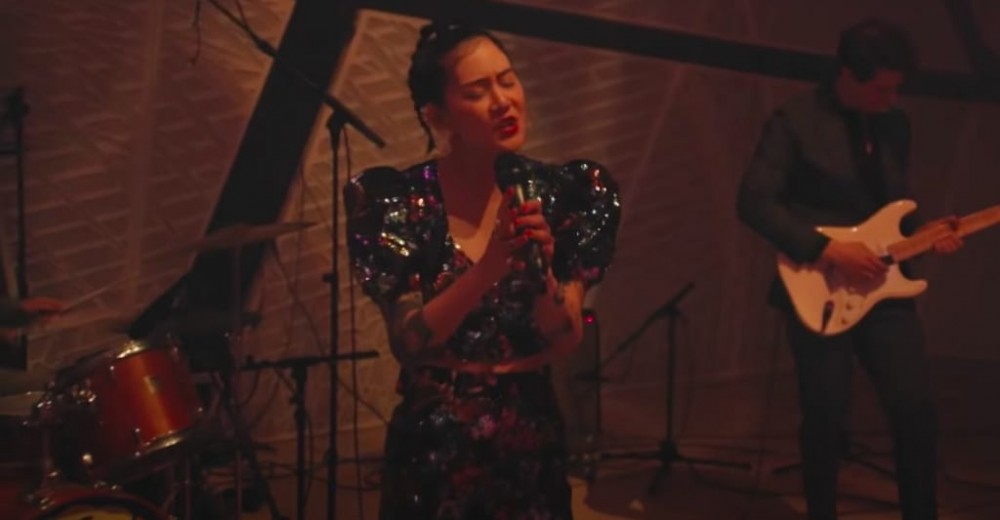 Japanese Breakfast was the musical guest on Monday night’s episode of The Tonight Show. This gave Michelle Zauner the opportunity to perform new song “Be Sweet” as well as revive “Jimmy Fallon Big!” a song from her 2017 album Soft Sounds From Another Planet that references the show’s host.

In a bizarre scene, Fallon explained the backstory to “Jimmy Fallon Big!” prior to the performance. Essentially, a former bandmate of Zauner’s left to join another band he was convinced were on the path to being “Jimmy Fallon Big.” That didn’t quite pan out though and he returned to Zauner and they performed together as Japanese Breakfast reached the career milestone first.

“Be Sweet” will appear on the forthcoming Japanese Breakfast album Jubilee, due June 4 via Dead Oceans. Zauner will also publish her first book this year. Crying In H Mart, a memoir based on her 2018 New Yorker essay of the same name, arrives in April.