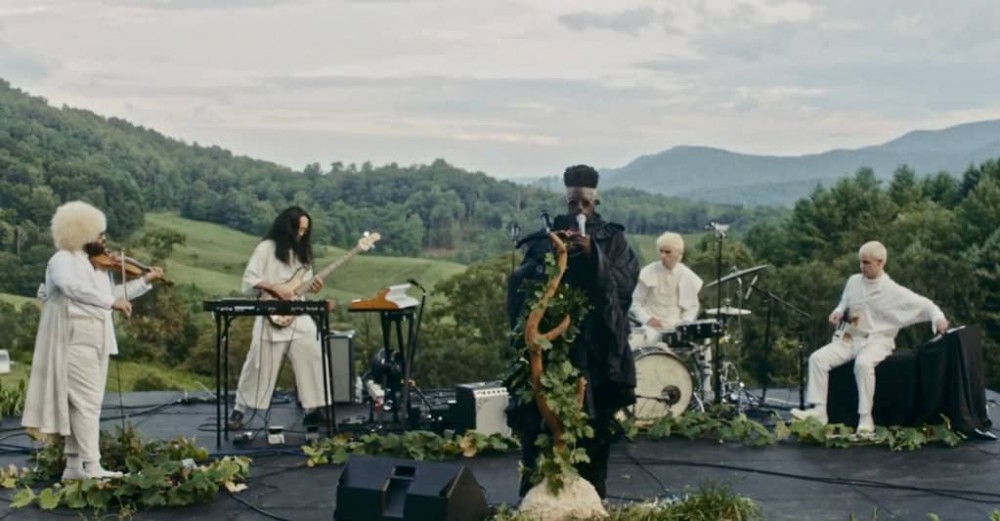 Whenever Moses Sumney decides to film a live performance, it’s always exciting to witness. He blessed 2020 with stunning concerts for NPR’s Tiny Desk (Home) series, the Soul Train Awards, and Live From Planet Afropunk as well as, of course, his double album græ, No. 9 on our best albums of 2020 list.

Today, Sumney is back with an hour-long concert called Blackalachia. Filmed in the Appalachian mountains, Blackalachia covers songs from across Sumney’s discography backed by a full band and some seriously verdant surroundings.

Blackalachia will be released as a full-length live album on Friday. Below, read Sumney’s statement on the projcet, released with Blackalachia‘s announcement last month.

As the year unfurled and the international tour was wiped off the cosmic schedule, I realized there should be some kind of record, a copper snapshot of those musical arrangements and the turmoil and beauty of that year. So we took to the Appalachian mountains and filmed and recorded Live From Blackalachia.

The band congregated in the heat of a lulled summer, with a mere 10 days to learn and re-learn the music. Drums, keys, guitars, double bass, violin, saxophones, trombone. Bees, birds, squirrels, crickets, frogs. Over the course of two days, we filmed 14 songs, totally live, the trees as our audience, the grasshoppers our background singers.

Live from Blackalachia is a wild imagining of what can happen when we seek not just to reclaim nature, but to re-integrate with it.